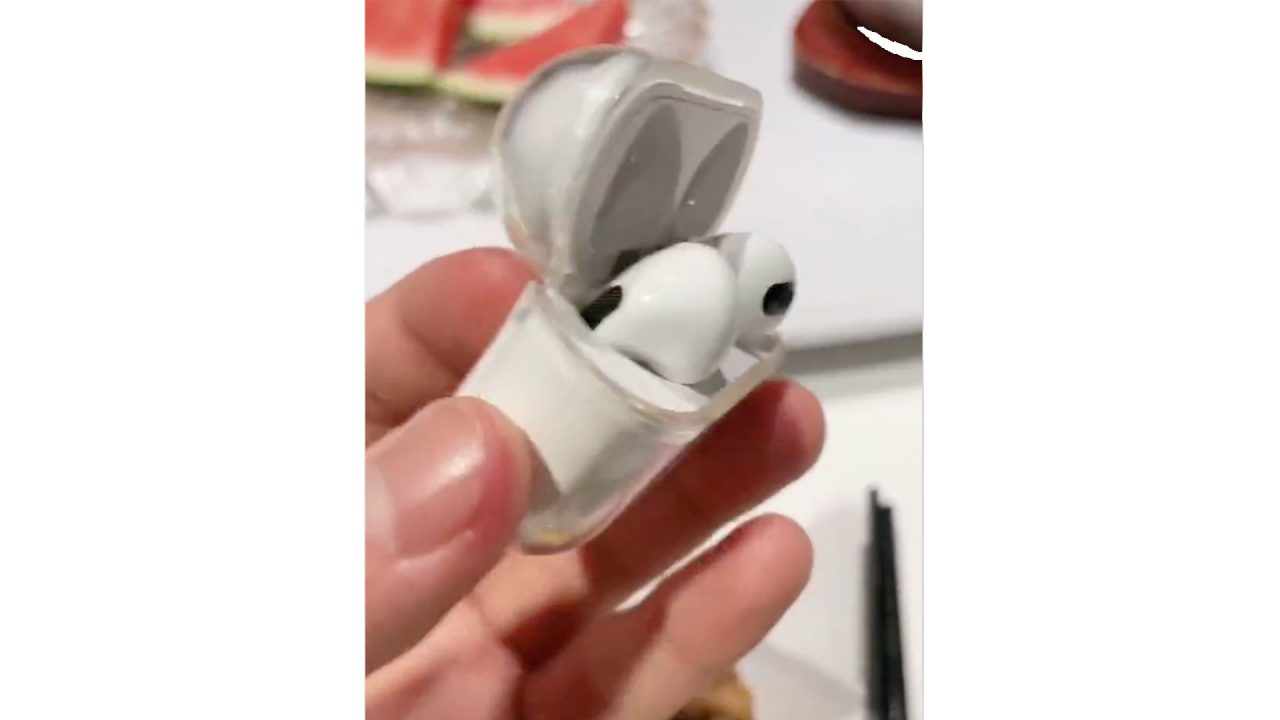 Over the last few months, we’ve heard a lot about the new AirPods 3 and what to expect from the all-new design. A new video circling on social media claims to show the new AirPods 3, but they are actually a counterfeit version…

As shared by Duan Rui on Twitter, a video posted to TikTok shows what are actually counterfeit AirPods 3 with the same rumored design. The problem is that analyst Ming-Chi Kuo said that the new AirPods won’t enter mass production until Q3, so their launch is not as close as people expected.

Kuo also reported that the new AirPods will feature a new form factor and design “similar to AirPods Pro,” though he did not offer any details.

More recent leaked images have indicated that while the design of the upcoming AirPods is similar to AirPods Pro, the AirPods 3 will not feature replaceable ear tips. This follows Apple’s strategy of marketing the entry-level AirPods as having a “universal” fit and the AirPods Pro as having a customizable fit.

The new wireless earbuds will likely not come with other AirPods Pro features such as Active Noise Canceling and Transparency Modes, but the charging is expected to be redesigned.

Even if AirPods 3 are still several months away at this point, the video of the counterfeits shared by Duan Rui could show a pretty close replica of what we expect the final form factor to be. Check it out below.