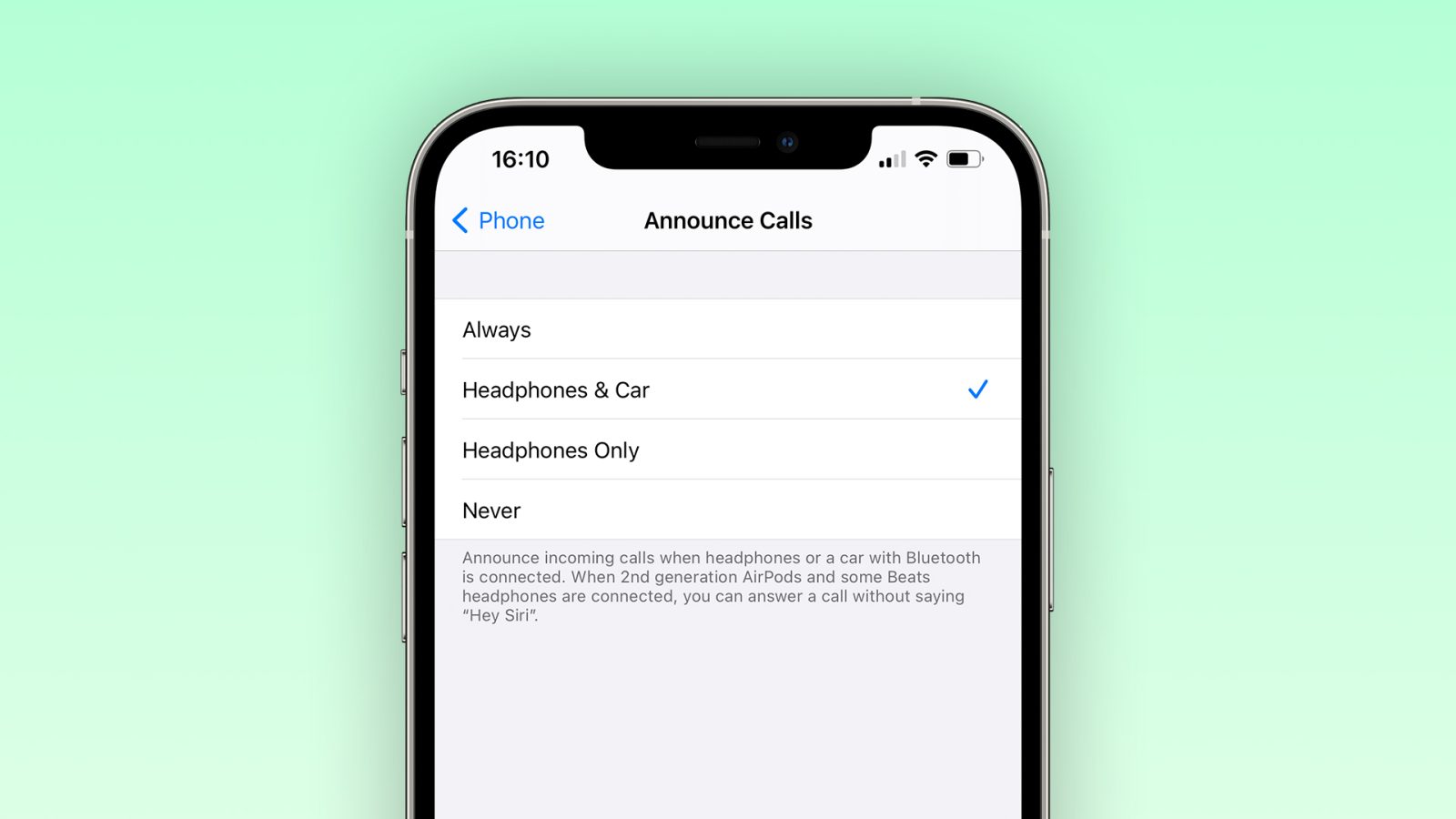 iOS 14.5 is coming next week for everyone, and Apple today released the RC build to developers and public beta users. While the beta versions have already brought several new features, the final release also enables a new option to answer calls using Siri while using headphones.

As found in the Siri settings in iOS 14.5 RC, users can now answer calls using the virtual assistant without having to press anything. The option is part of the Announce Calls with Siri feature, which lets users hear the name of who is calling when using headphones.

However, in addition to telling the name of the caller, Siri now understands the commands to answer the call, just as was already possible with text messages. There’s no need to say “Hey Siri,” you just need to say “answer” or “decline.”

Have Siri read incoming messages and announce phone calls. Reply or answer just by speaking to Siri. To use Announce Messages and Phone Calls With Siri, turn on Allow Siri When Locked in Settings.

The new option can be found under Settings > Phone > Announce Calls. iOS 14.5 will be available to the public early next week.