You can now order the AirTag and the purple iPhone 12, delivers April 30 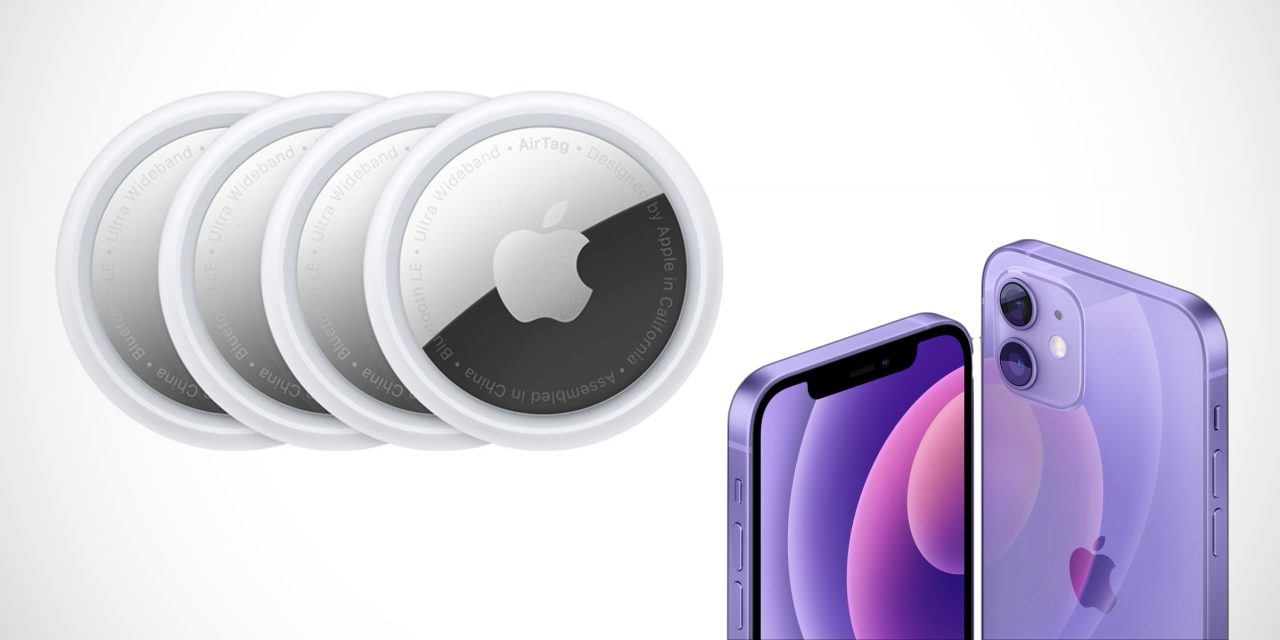 The Apple Store is back up and you can now order an AirTag or four, as well as the purple iPhone 12. First orders deliver next Friday, April 30. Remember you’ll also need an AirTags case or bag loop to actually attach the AirTag to your keys or luggage.

The AirTag is a small Bluetooth device set to compete in the same market as the Tile tracker. You can attach an AirTag to a valuable item like a set of keys and then track their location through the Find My app on your iPhone. The AirTag does not have integrated GPS. Instead, it broadcasts a Bluetooth signal that nearby iOS devices detect and report their location to the Find My network.

If nearby, you can make an AirTag play a sound to help locate it or use Ultra-Wide Band and take advantage of a Precision Finding experience. Using an iPhone 11 or later, an arrow will appear on the screen that directly points to the location of the AirTag. Precision Finding starts working when within about 30 feet of range.

If your item is lost and it’s not near you, you can set the AirTag to Lost Mode. This means that anyone who finds your item in the wild can scan the AirTag using NFC (on either iPhone or Android) which will launch a webpage displaying contact information like a phone number to call.

An AirTag is powered by a replaceable CR2032 battery. Apple says the battery should last about a year. On the Apple Store, you can order AirTags in either a one-pack or four-pack. You can also get the back of the AirTag engraved with a monogram or emoji. AirTag accessories include key rings, loops, cheaper options from Belkin and insanely-expensive leather options from Hermes.

AirTags have been well received by reviewers in their initial hands-on, with publications describing the AirTag as a classic ‘just works’ Apple experience.

The AirTag and new iPhone color formed part of Apple’s announcements at its April ‘Spring Forward event’. Other products announced include a new 2021 iPad Pro lineup, a new Apple TV with redesigned Siri Remote, and a dramatically redesigned colorful 24-inch iMac. These devices will be available to order starting April 30 and will ship in ‘the second half of May’.