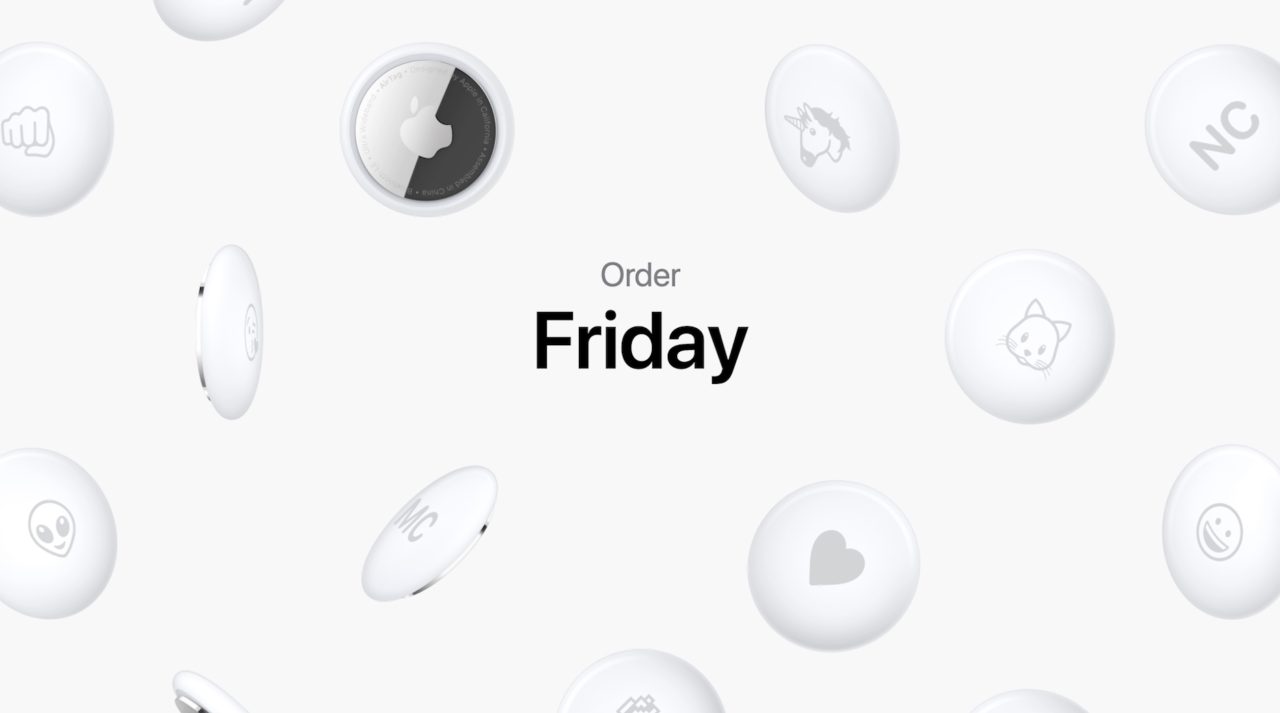 You can buy a singular AirTag for $29 or a pack of four for $99. Apple is also selling a range of accessories for AirTag, including key ring holders, leather loops, and more. These accessories are also now available to order. A variety of more affordable AirTag accessories have also appeared on Amazon.

As of this article, the $29 single AirTag has slipped to the first week of May, with Apple saying orders placed now will arrive between May 3 and May 5. The four-pack, however, is still available for launch day delivery on April 30, but we expect this to change soon. Shipping times are also beginning to change outside of the United States.

Of note, you can also order AirTag on Amazon. Both the single pack and four-pack are listed as available, but delivery times are unclear. Amazon simply says that the item will be “released on April 30, 2021.”

AirTag can be attached to any item in order to track it using the Find My app. So for example, you can attach them to your backpack, to keys, to your wallet, or anything else.

Each AirTag incorporates a U1 chip, which Apple says enables unique precision tracking features for users with the iPhone 11 and iPhone 12. The U1 chip can be used to more accurately determine the distance and direction to a lost AirTag when it is in range, using what Apple calls “Precision Tracking.”

There are also a variety or privacy features incorporated into AirTag to protect user data and prevent unwanted tracking.

The AirTag features a small circular design with a white finish on the front and a stainless steel back. You can also personalize your AirTag with emoji, numbers, and letters.

Apple touts that AirTags have a “lightweight design,” and there are two key factors to this: water-resistance and a user-replaceable battery. Apple says AirTags are rated for IP67 water and dust resistance, while the battery inside is a CR2032, which is a standard coin cell battery.

Apple also says that AirTag offers “over a year’s worth of battery life with everyday use,” and features a removable cover for when the time comes to replace the battery.

The early AirTag reviews have been overwhelmingly positive, with reviewers praising the deep integration with the Find My ecosystem. The $29 price point has also been well-received, though many have noted that you’ll likely have to also buy a key ring or accessory of some sort separately.

Are you ordering an AirTag? If so, how many? Let us know down in the comments!