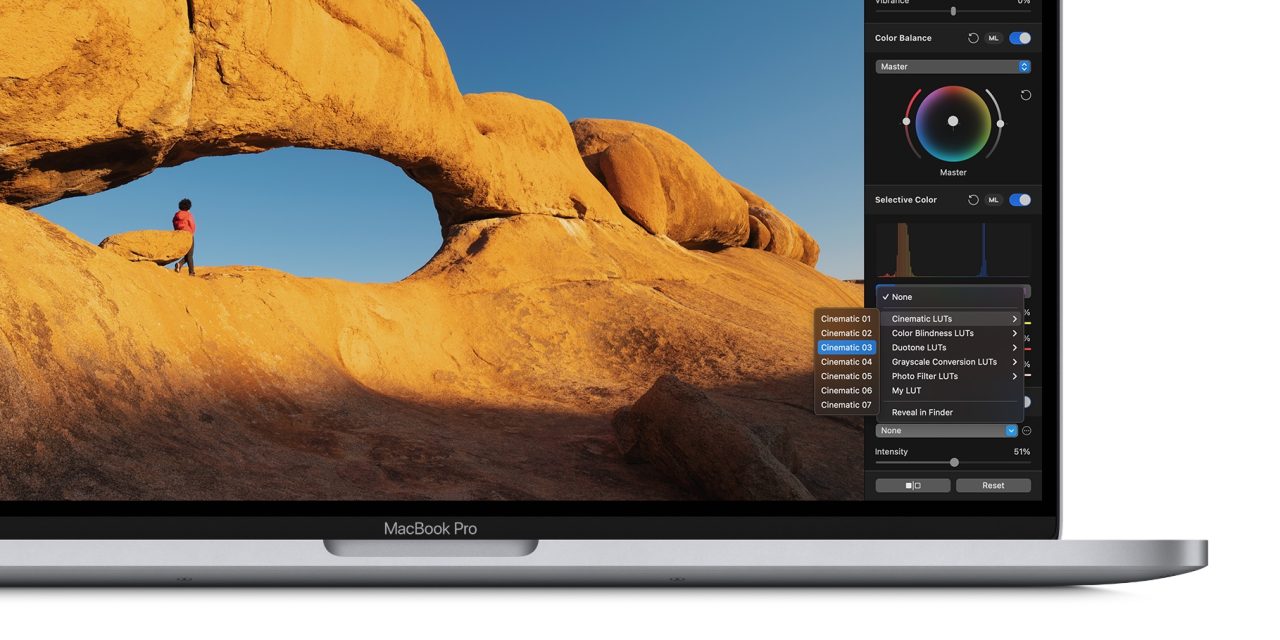 The latest update to Pixelmator Pro, available now in the Mac App Store, adds support for color adjustments as defined by a LUT. Pixelmator Pro ships with a collection of built-in LUTs, and you can import a LUT from a file on your machine.

A LUT is essentially a mapping between an input color and an output color. They are commonly used in video editing workflows to perform one-click color grading or add a certain atmosphere to footage. However, they can also be used to similar effect for still photos.

Pixelmator Pro ships with 48 LUTs to choose from in several categories: cinematic, duotone, grayscale conversion, and more. To add a LUT, open an image, select the Color Adjustments tool in the sidebar and then enable the Custom LUT panel.

If you have LUTs purchased online, you can import them and immediately start applying them to your images inside Pixelmator Pro. You can even apply a LUT to a whole bunch of images at once using Pixelmator Pro’s rich AppleScript support.

As well as applying LUTs to images in Pixelmator Pro, you can make your own color adjustments using Pixelmator’s standard tools and then export those adjustments as a custom LUT. You could then use this LUT in Final Cut Pro or another app in your workflow.

Pixelmator Pro also includes a machine learning algorithm that attempts to decompose an imported LUT into their individual color adjustments and allow you to manually tweak through the standard Levels, Curves and Hue/Saturation/Brightness sliders.

Get Pixelmator Pro version 2.0.8 from the Mac App Store.