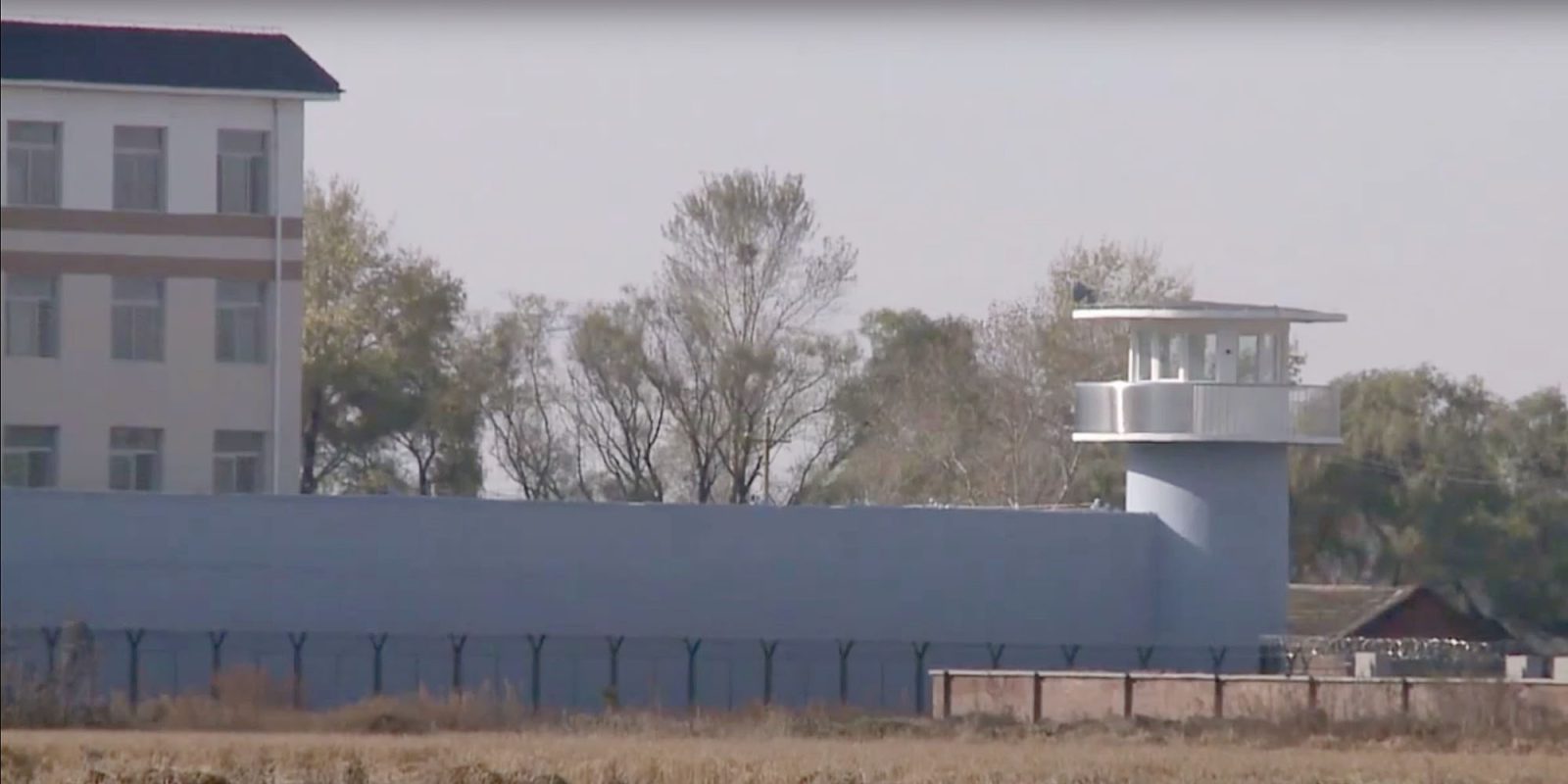 It says that the suppliers operate in prison-like compounds, with detention centers attached to factories, complete with guards in watchtowers …

Advanced-Connectek has made unglamorous but critical computer components for Apple for more than a decade. For two of those years, it operated a factory inside an industrial park on the edge of the deserts of Xinjiang, a region of western China populated by a predominantly Muslim group known as Uyghurs. The industrial park is surrounded by walls and fences with only one way in or out.

And next to the park was a large compound identified by a satellite imagery researcher as a detention center where the factory workers lived. The researcher, Nathan Ruser, from an Australian think tank, said “almost no other factories in Xinjiang have these characteristics except for industrial parks where there is detainee labor.”

The Information and human rights groups have found seven companies supplying device components, coatings and assembly services to Apple that are linked to alleged forced labor involving Uyghurs and other oppressed minorities in China. At least five of those companies received thousands of Uyghur and other minority workers at specific factory sites or subsidiaries that did work for Apple, the investigation found […]

The Information’s findings, which human rights groups Tech Transparency Project and China Labor Watch aided and independently analyzed, show that Xinjiang’s role in the supply chain for technology brands is bigger than was previously known.

“The new evidence further demonstrates how Apple’s supply chain in China is directly implicated in the ongoing human rights abuses against ethnic minorities from Xinjiang,” said Katie Paul, director of Tech Transparency Project, a research initiative of the watchdog group Campaign for Accountability.

Ironically, much of the evidence comes from photos and videos provided by local government officials in their efforts to show Beijing that they are playing their part in these programs.

While the Chinese government claims that they are simply offering optional work to citizens in areas of poverty, human rights commentators say that this isn’t the case.

“All state-sponsored labor recruitment programs in Xinjiang must be understood as compulsory labor because no minority citizen in the region has the ability to refuse to participate in the programs,” said Laura Murphy, a professor of human rights and contemporary slavery at Sheffield Hallam University.

It’s reported that anyone refusing to participate is instead jailed.

Apple said in response that it actively looks for evidence of forced labor as part of its regular supplier inspections, but has not found any. Human rights groups say that this is because Apple relies significantly on interviews with workers, who are unable to speak freely.

Claims of forced labor in Apple’s supply chain surface regularly, with the company investigating and generally choosing to quietly sever ties rather than issue statements.

The full (paywalled) report goes into a great deal more detail on the allegations and the basis for them.