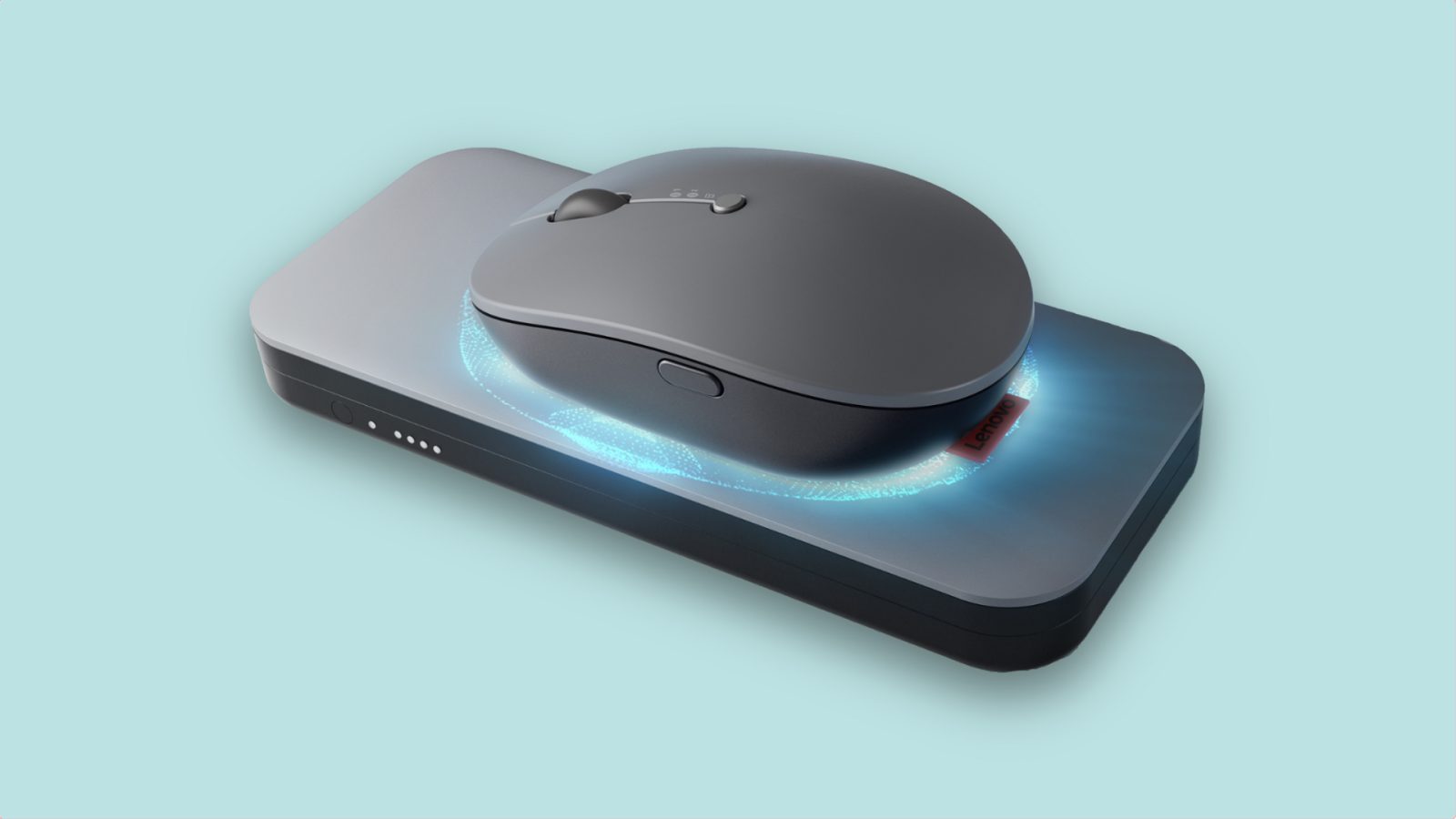 Lenovo announced today a new line of accessories called Lenovo Go, which includes chargers, mice and keyboards, and audio products designed for a “hybrid workforce.” One of the products that caught everybody’s eyes is the new Lenovo Go Wireless Multi-Device Mouse that charges wirelessly.

In addition to the USB-C port, the Lenovo Go Wireless Multi-Device Mouse supports wireless Qi charging, which seems an obvious choice for the Magic Mouse that Apple has not taken.

“With many remote workers having more than one device and enjoying the flexibility they give; the multi-device mouse allows pairing of up to three devices with easy cycling between them at the touch of a button. What’s more, the utility button can be programmed for rapid meeting shortcuts, and not only is the mouse wirelessly connected, it can also be wirelessly charged through a compatible Qi charging solution or via USB-Type C.“

When Apple announced the new M1 iMac in April, many customers were really excited about all the color options they could opt for while choosing a Magic Keyboard, Trackpad, and Mouse. But even though the Magic Mouse now comes in more colors, it still uses the same design that charges via Lightning on its bottom.

What Lenovo did with this mouse could be a great feature for a third-generation Magic Mouse. For example, with Nomad’s Base Station Pro or another large surface area charger, the user would probably be able to charge and use the mouse at the same time.

After all these years, if Apple’d only switch the Lightning port to the front would already be a major improvement for Mac users. And since the iMac received its first redesign in over a decade, it seems like Apple forgot about a tiny inconvenient detail.

Lenovo Go Wireless Multi-Device Mouse is set to cost $59.99 and will be available in June.