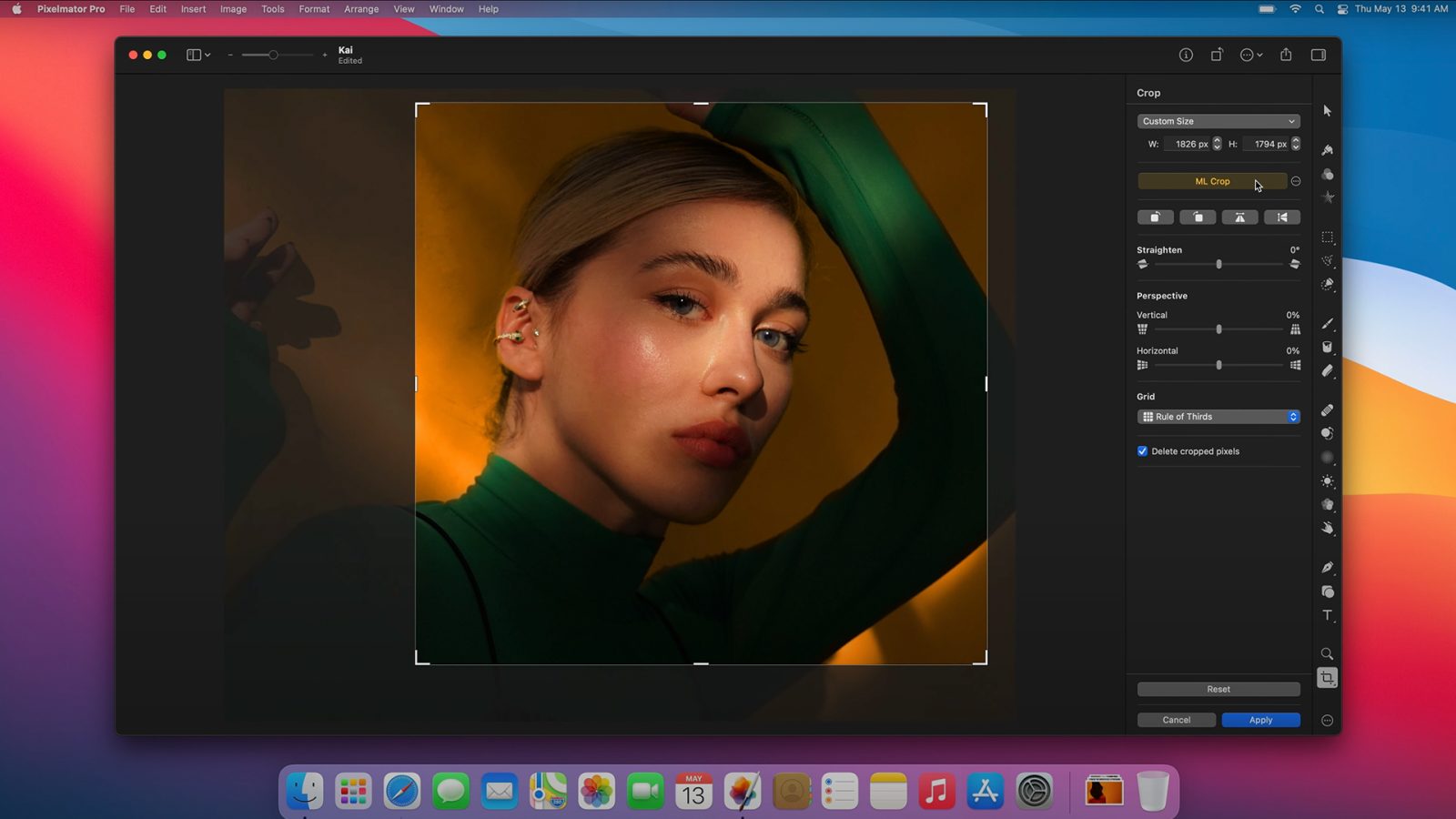 Ahead of the Pixelmator Pro version 2.1 launch, the Pixelmator team has given another sneak peek of a feature coming to the macOS photo editor: the ML Crop function.

In April, the developers shared two new features coming to version 2 .1 of Pixelmator Pro: the ability to quickly see and set the primary and secondary colors and a way to change the color of any object in the document using drag and drop.

Now, the team behind Pixelmator Pro has shared a sneak peek of the ML Crop feature, which analyzes the composition of photos using a machine learning algorithm and gives the user suggestions for how they could crop the photo to make it more eye-catching.

“Above all, we want this feature to just be fun, giving you some different perspectives for a common photo editing task. And it looks like that’s exactly how it will work!“

Aside from this ML Crop feature sneak peek, Pixelmator Pro is also on sale. Before the launch of version 2.1, new users can get a 50% discount when buying the macOS app for the first time, from $39.99 to $19.99.

Pixelmator Pro has native support for M1 Macs, has been feature by Apple multiple times, and there’s an iPad version that has many of the features available on the Macs.

In the video below, check how this feature is going to work in the new update coming soon: