Video of an AirTag test for a simulated bike theft 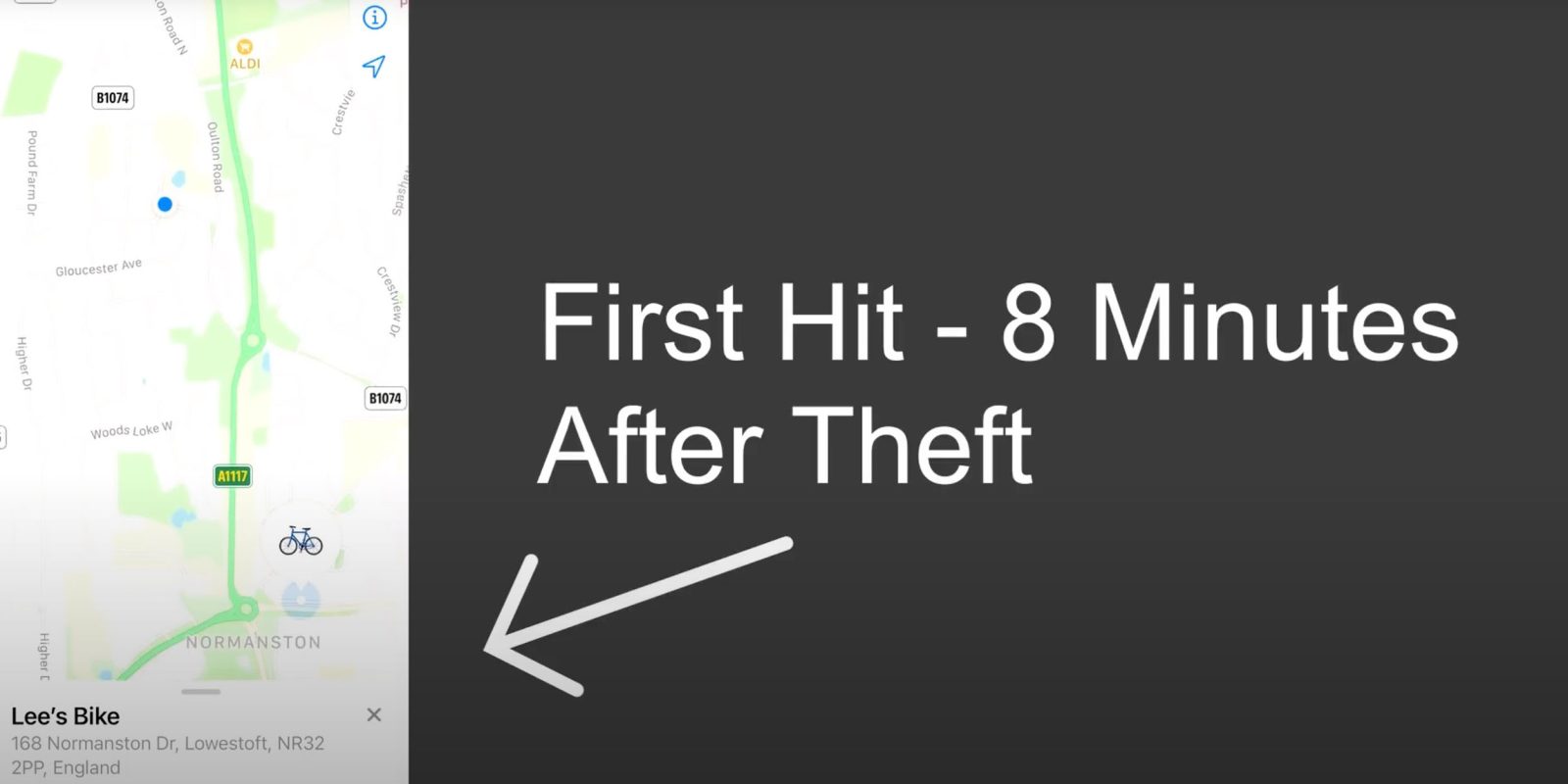 One thing I haven’t yet gotten around to is an AirTag test of a simulated theft, but that’s something a bike shop decided to try.

It worked impressively well, even in a less populated area – a coastal town with a population of around 70,000 people …

The shop started by setting up an AirTag as a bike, and then velcro’d it to the underside of a saddle on a bike parked outside the shop. They then had a friend ride off with the bike to an unknown location, and gave them a 10-minute head start, which they thought was a realistic time to allow for a theft not being noticed immediately.

They got their first location hit 8 minutes after the “theft,” and a second one after 20 minutes. The relatively lengthy gaps likely reflect the fact that it’s a modest-size town during lockdown, so relatively few people are out and about. Additionally, the “thief” kept moving, so the only opportunity for a location update was in the fleeting moments when the bike was close enough to an iPhone owner to transmit its presence.

Local knowledge helped, as even a few location hits were enough to show the overall direction the bike was taking, and to guess which roads the cyclist might pick as they progressed. In a city, you’d have less ability to predict where the thief was headed, but hopefully a lot more location hits to help you track them.

The third hit came 26 minutes after the “theft,” with another one at the 33-minute point. This showed the bike in a residential area, and pulling into a road there had them meet the “thief” on the bike, a little over half an hour after it was taken.

Apple doesn’t advertise AirTag for theft recovery, but it’s certainly a use that seemed plausible to me, so I’m happy to see that it appears to work in a pretty realistic AirTag test of a simulated theft.

You can watch a 3.5-minute video below.