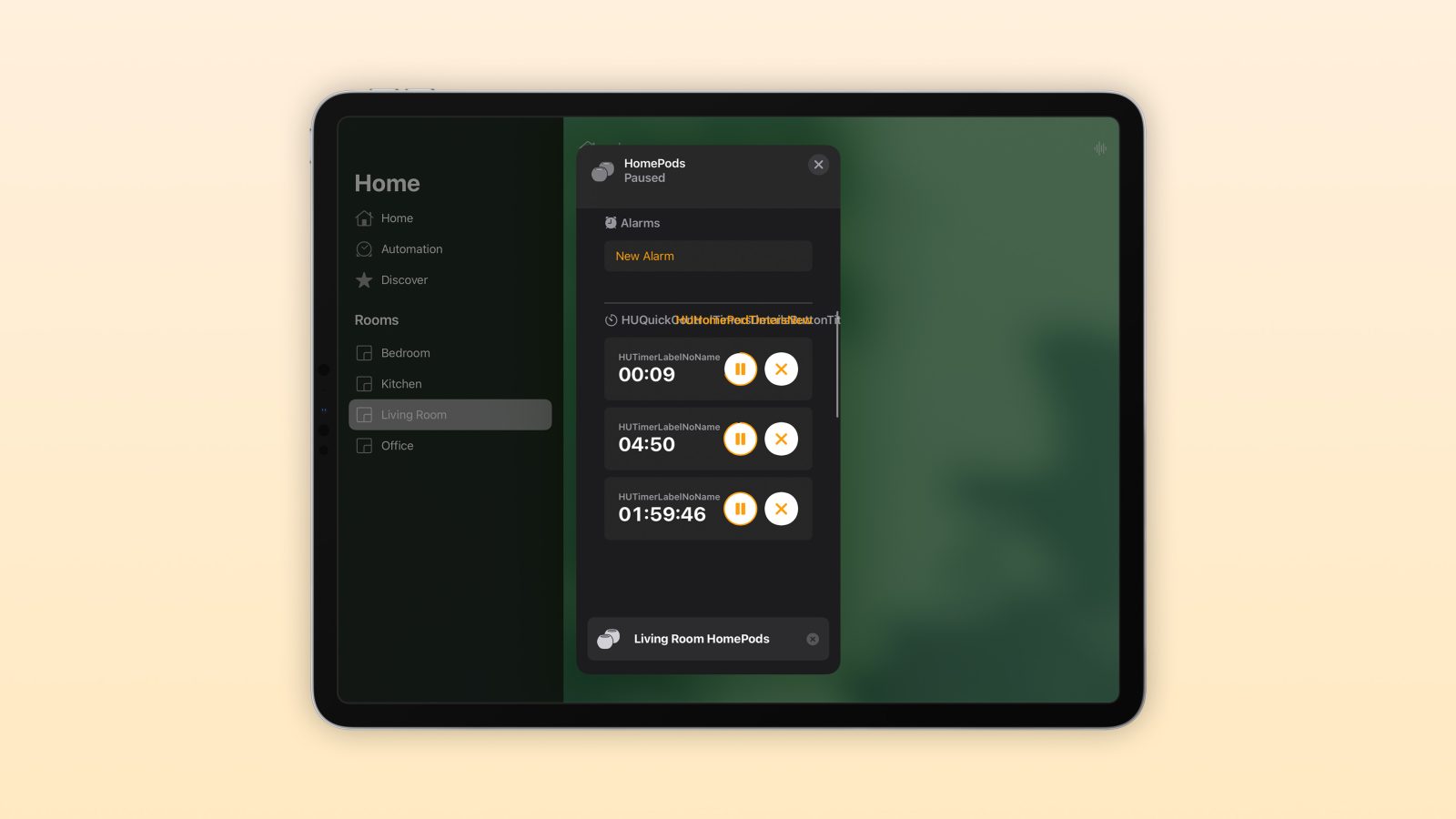 Apple today introduced the first beta of iOS 14.7 to developers, and while this update doesn’t seem to bring any significant changes, it does bring a new feature for HomePod users. With this new version of iOS, users will be able to set timers on the HomePod using the Home app on the iPhone, iPad, and possibly the Mac as well.

Setting timers on the HomePod is definitely not something new, and since iOS 12, users can add multiple timers at once. However, you needed to do this using Siri on HomePod. Now, Apple is making this process a bit easier with iOS 14.7.

When you go to the HomePod settings in the Home app with the latest version of iOS, there’s now the option to set timers right from there without having to ask Siri. This new option is located right below the HomePod alarms.

When you set a new timer, the Home app asks if you want to give it a name — which you could also do with Siri. After adding the timer, you can see the countdown for all of them in the Home app and cancel them from there as well. In addition to iOS 14.7, this also requires HomePod Software 14.7 installed on your HomePods.

Right now, the feature seems to be unfinished as there are multiple text labels missing — but it’s definitely something Apple is working to finish by the official release of iOS 14.7. Based on code found by 9to5Mac, it will also be possible to ask Siri on iPhone the status of HomePod timers, but this feature hasn’t yet been implemented in beta 1.