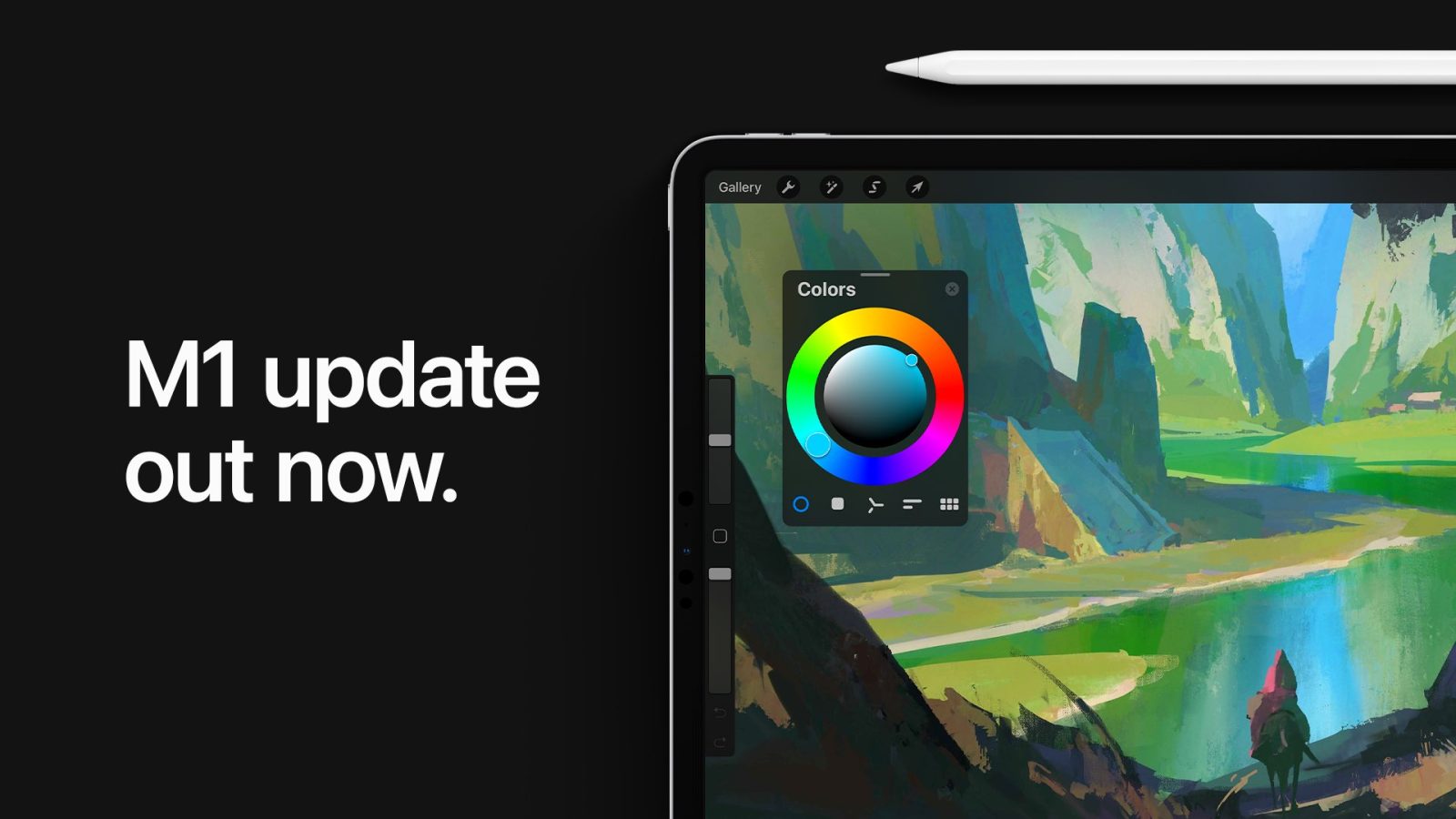 Procreate is one of the most popular illustration apps available exclusively for iPhone and iPad. After teasing the update last month, the latest version of Procreate for iPad finally brought full support for the new iPad Pro with M1 chip. This enables not only better performance, but also more layers in the app.

The Procreate update, which is now being released in the App Store, was announced today by the company on Twitter. Users could already run Procreate on the iPad Pro 2021, but the app wasn’t taking advantage of the full power of the M1 chip — until now.

With full support for the M1 chip, users of the new iPad Pro will notice up to 4x better performance when using Procreate. In addition, the app also enables more layers when working on an iPad with M1. For instance, a 4K resolution canvas at 132 DPI can get up to 115 layers with the latest update.

Hey y’all, we’ve just released the M1 compatibility patch. #Procreate on the M1 iPad Pro is up to 4x faster with even more layers. If you’re thinking about getting the new iPad Pro, this is the best Procreate experience yet!

Procreate last month also announced a new AR Preview and better accessibility support, but these features will be included in a future update.

Procreate for iPad is available on the App Store for $9.99. Procreate Pocket, which is designed for iPhone, costs $4.99. You can learn more about the app and its upcoming updates by visiting the official Procreate website.