MagSafe fishing finds and recovers an iPhone 12 Pro from a canal [U: Video] 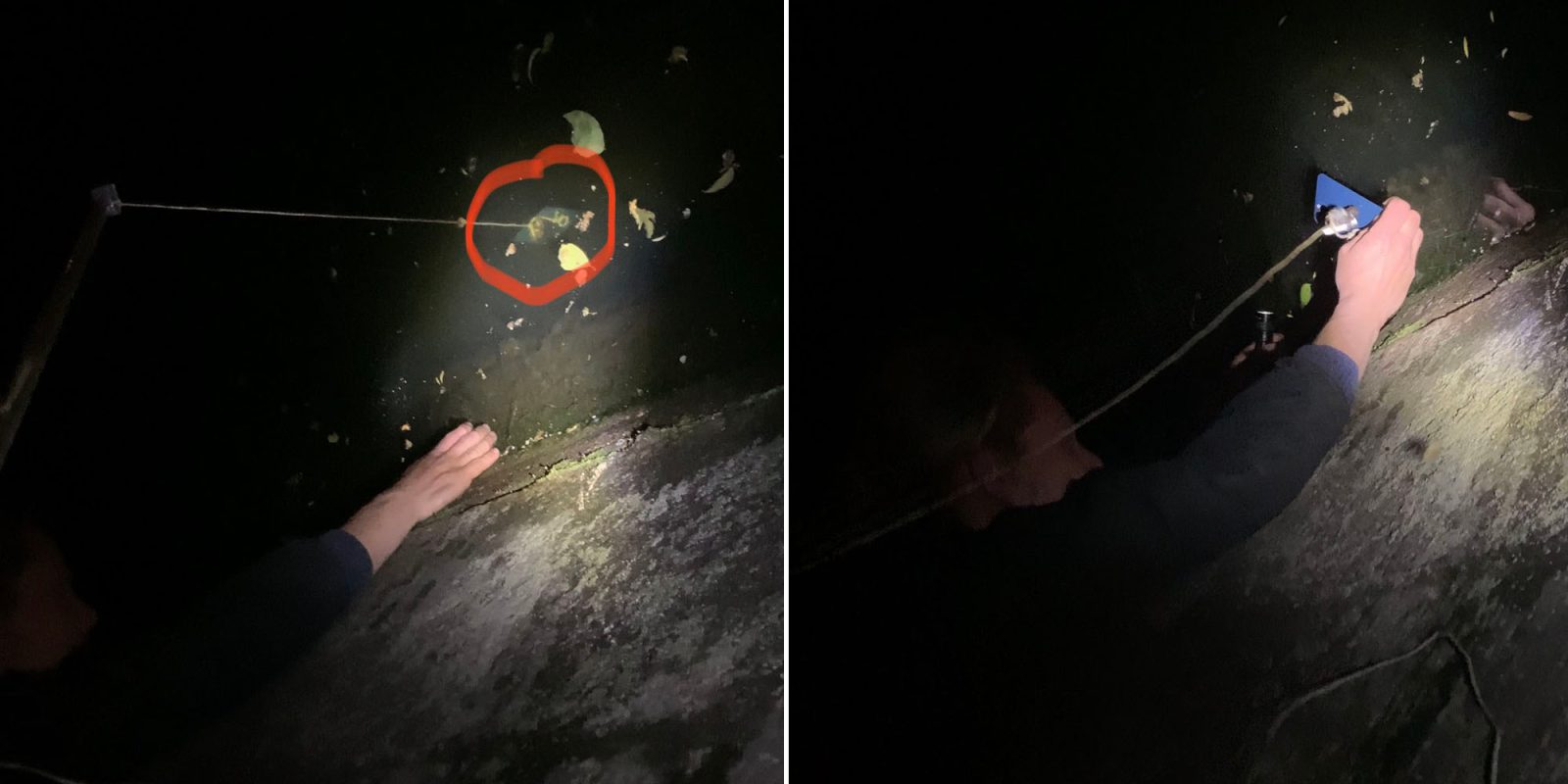 Update: The pair have now posted a video of the rescue, added to the bottom of the post.

A German iPhone 12 Pro owner has invented the sport of MagSafe fishing, using a magnetic fishing line to successfully locate and retrieve his phone from a muddy canal bottom …

App developer Frederick Riedel spares the blushes of his clumsy friend by not naming him, but shared the story and photos on Twitter.

Something happened tonight. A friend of mine dropped his iPhone 12 Pro in the canal in Berlin. It disappeared in the mud. He waded through the 3ft deep water. No way to find it. But he found a Nintendo Switch instead.

We built a magnetic fishing rod and caught it!!!!! MagSafe ftw.

Yes, really. And it still works.

Dropping a phone into water makes recovery hard enough, but when it sinks into silt and vanishes from view, it can be next to impossible to locate it – especially when your every movement disturbs the sediment, meaning you can’t see anything.

But when an object is either metal or magnetic, a magnetic fishing line can sometimes work, as it did in this case.

The MagSafe fishing expedition is not the first time an iPhone has been unexpectedly rescued from a watery end. Back in March, we reported the story of an iPhone 11 that survived six months at the bottom of a lake before being rescued by divers.

It was a particularly fortunate rescue since the phone hadn’t been backed up, so its owner was able to recover photos she thought were lost forever.

It’s a pretty big over-delivery on Apple’s promised waterproofing rating for the phone, which is defined as good for a maximum depth of two meters (6.5 feet) for up to 30 minutes.

The phone was found by husband and wife divers Clay and Heather Helkenberg, who devote time to clearing garbage from lakes and, where possible, returning valuable items to their owners.

Over in Japan, a modified vacuum cleaner is used to rescue AirPods from railway tracks.

You can now see a video of the rescue operation: