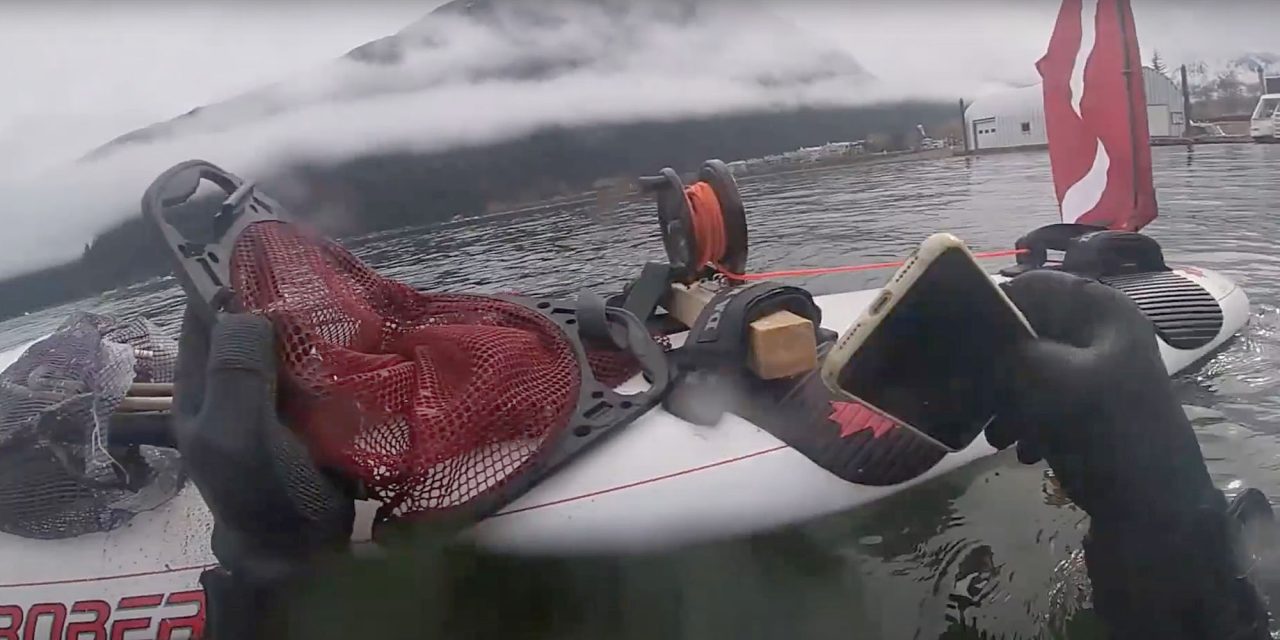 An iPhone 11 survived almost six months at the bottom of a lake before being found and rescued by divers. It was a particularly fortunate rescue since the phone hadn’t been backed up, so its owner was able to recover photos she thought were lost forever.

It’s a pretty big over-delivery on Apple’s promised waterproofing rating for the phone, which is defined as good for a maximum depth of two meters (6.5 feet) for up to 30 minutes …

The phone was found by husband and wife divers Clay and Heather Helkenberg, who devote time to clearing garbage from lakes and, where possible, returning valuable items to their owners. Clay Helkenberg said:

I dive in various lakes and rivers in British Columbia Canada, finding people’s lost treasures and cleaning up any trash I find. I do this for fun, and have found all sorts of items including phones, GoPros and other valuables, and I am often able to return them to their rightful owners.

Helkenberg posted a video (below) of the phone find in Harrison Lake in the Fraser Valley of British Columbia, Canada.

Combination video of two dives in Harrison lake, one of the dives I didn’t find much so I just combined them. Heather found her very first phone, and it was a working iPhone 11! Such an awesome find. I was able to track down the owner and get it back to her, which is always the best! In total 3 phones, and 11 pairs of sunglasses where found and as always we pulled a bunch of trash out of the lake.

CBC reports that the phone’s owner at first thought it was a prank when the Helkenberg’s texted her.

Clayton Helkenberg said he usually puts phones in a container of silica to dry them out, but he’s had good luck with iPhone 11s. “I took it home, cleaned the dirt off of it and it just turned right on, so it was pretty amazing,” he said.

He pulled out the SIM card, put it in another phone to figure out the phone number and got in touch with owner Fatemeh Ghodsi.

Ghodsi, who lives in Vancouver, was confused and thought one of her friends might be playing a prank on her. But she was soon convinced and made the trip to Chilliwack to collect the phone, which amazingly still works […]

Ghodsi dropped the phone in the water in early September, during a ride on the bumper boats — photos recovered from the phone show her still smiling moments before the mishap […]

“I was in a situation where I kind of lost balance and dropped it in the water,” she said, adding that the water park staff convinced her it would be impossible to find the phone in the deep water. “Distressed and in tears, we went back to Vancouver just kind of hopeless,” said Ghodsi.

She soon bought a new phone, and came to terms with the lost photos, contacts, and other personal information that hadn’t been backed up.

Ghodsi reports that the microphone doesn’t work, and the speaker is damaged, but everything else works perfectly. Check out the videos of the find and the owner’s reaction below.