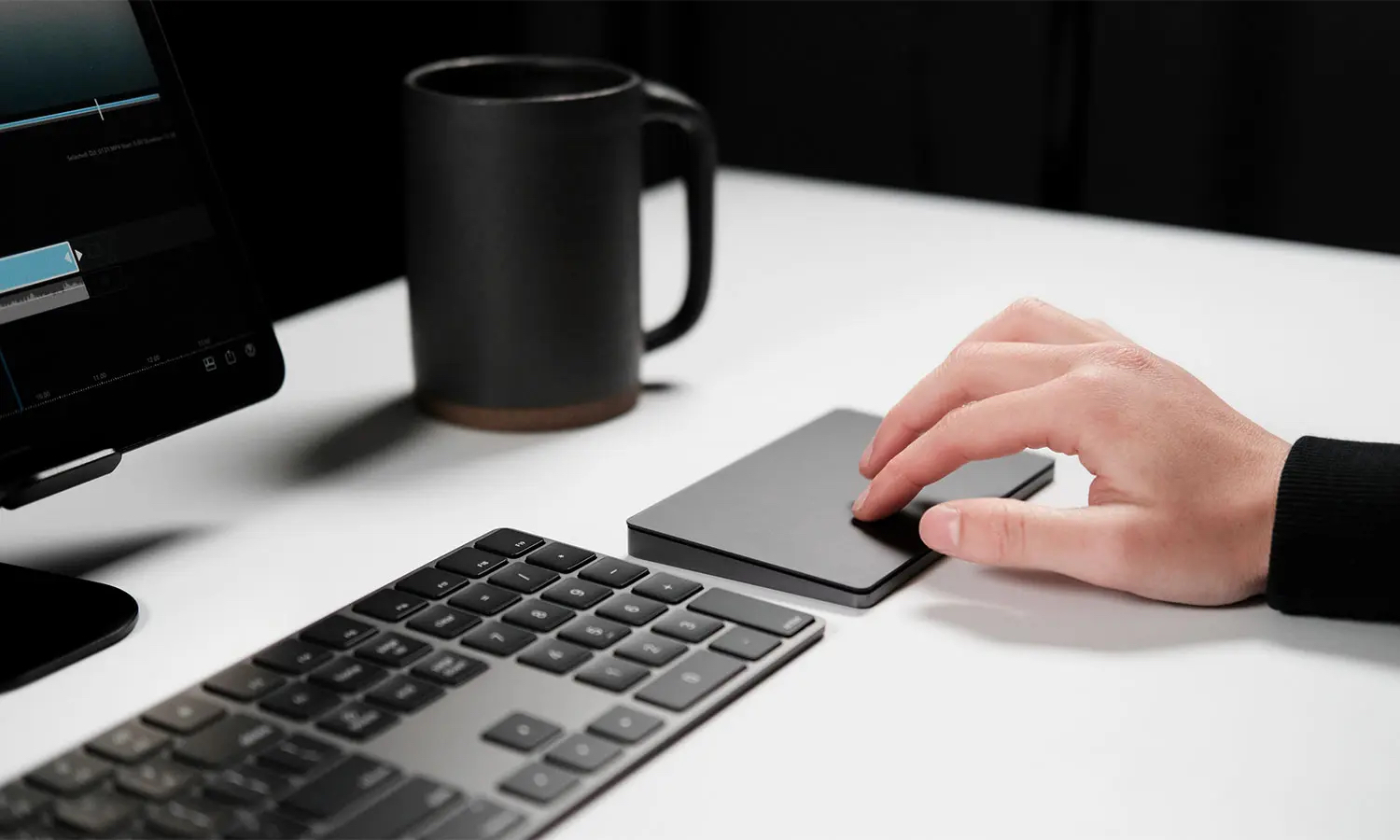 Brydge is officially debuting its new iTrack standalone trackpad for iPadOS today, available in limited quantities. The multi-touch trackpad was first showcased at CES 2020, and it’s now available to order for $99.

The Brydge iTrack is described as a “standalone desktop trackpad for iPadOS.” Its design is similar to Apple’s own Magic Trackpad with a glass and aluminum design in space gray. There’s also a USB-C port for charging, and you can expect “up to six months” of battery life “at two hours use per day,” according to the company.

Much like Brydge’s other recent announcements, the Brydge iTrack supports multi-touch input in iPadOS 14.5 and later. The trackpad measures in at 5.5 inches in length by 3.3 inches in width, making it smaller than the Magic Trackpad 2. The company also touts an Instant-On feature:

Bluetooth lag is a thing of the past. Reconnecting no longer takes seconds. This major advancement instantly connects the iTrack to the iPad for up to four hours, providing seamless connectivity.

This is an interesting, albeit somewhat perplexing, product from Brydge. It was first unveiled at CES 2020 and is only shipping now. The company says that it has 500 units available and is only available while supplies last. At $99.99, it’s pricey when you consider Apple’s own Magic Trackpad at $119 that supports iPad and Mac connectivity.

You can order the new Brydge iTrack from the company’s website today for $99.99. The orders will process in 1-2 business days, and it’s available only while supplies last.