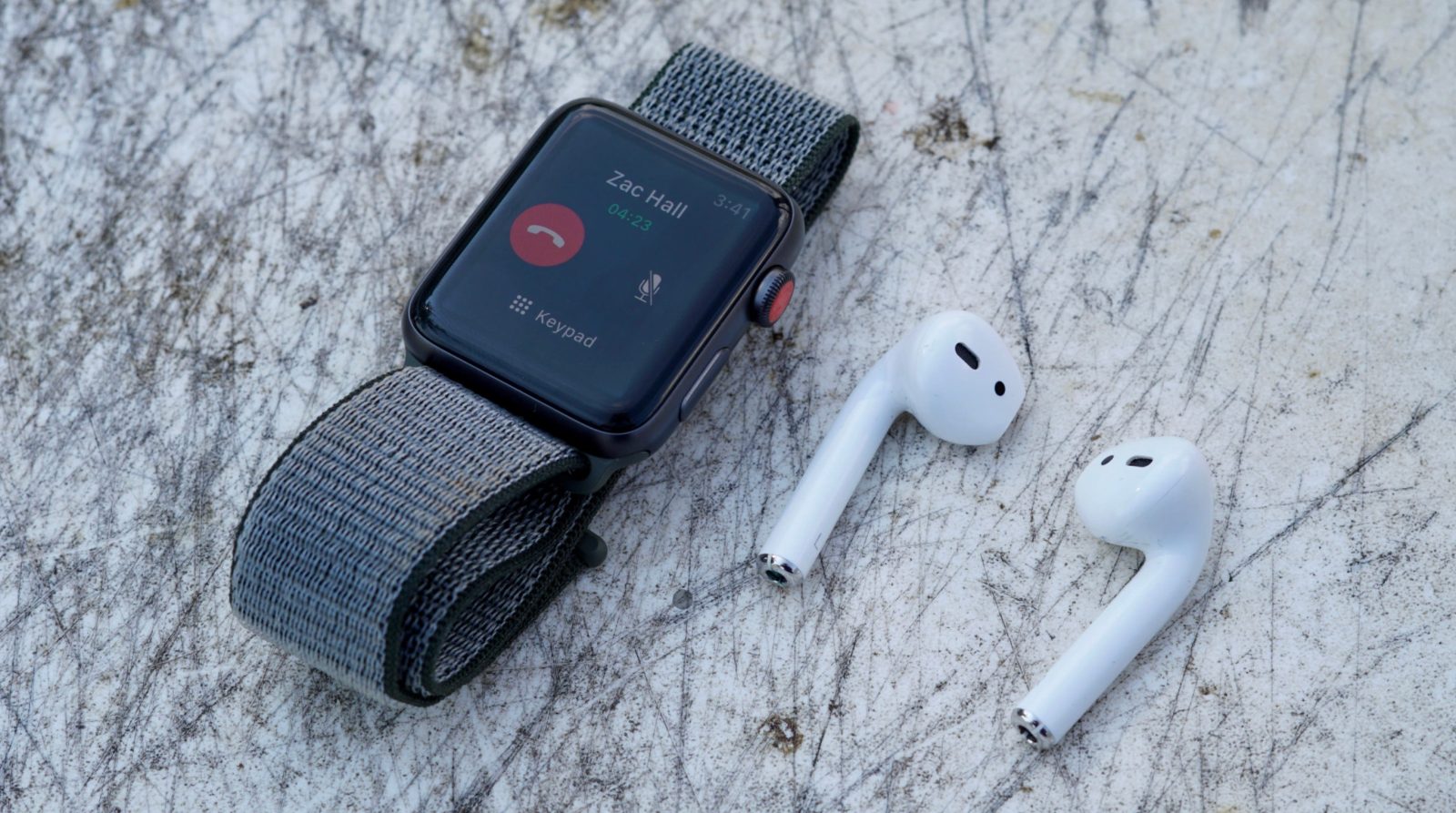 Apple Watch Series 3 was a serious upgrade to the original Apple Watch and Series 2 model that it replaced. A built-in LTE radio eventually enabled streaming music and podcasts, and it launched with support for apps like Mail, Messages, and Phone — all without requiring a nearby iPhone.

Cellular service on the Apple Watch was a really big deal in 2017:

For me, cellular service on Apple Watch is primarily for being a phone call away from family and friends in the event of an emergency. Apple Watch Series 2 pushed me to start outdoor running after testing its built-in GPS, but running without the iPhone means going off the grid.

Just before my son was born a few weeks ago, there was an evening where I asked my wife if it was safe to run a few miles or if she thought she might go into labor in the next half hour. She assured me it was alright (and it was!) but it was still a concern that Apple Watch Series 3 resolves.

LTE on the Apple Watch is still a big deal today. I hope we eventually get to a point where the LTE radio is included just like GPS. The option to add standalone phone and internet access can change how you use and rely on the Apple Watch.

But I do have a years-old gripe about the Apple Watch’s capability of being a phone when you’re away from your iPhone. Let’s jump to 2018 when Apple Watch Series 4 debuted:

After a full year of being able to make phone calls on the Apple Watch without an iPhone nearby, you still can’t leave the Phone app during a call

– Me in 2018, wondering why you can’t leave the phone app during a call

I was really surprised Apple didn’t enhance the Phone app on the Apple Watch once it gained the ability to actually make phone calls without an iPhone. If the processor inside the watch couldn’t handle it with Series 3, then surely Series 4 would address this. Or Series 5. Or Series 6. Or Series 7?

Practically speaking, there’s little chance that it’s a hardware limitation that hasn’t been addressed by processing power. Instead, I really think the Phone app doesn’t let you stay on a call when checking another app because Apple just hasn’t updated how this works … like, ever.

Imagine using your iPhone and not being able to check your calendar or email to reference something relevant to your call. We would all laugh if our iPhones asked us to end a phone call before switching to another app. That’s exactly the state of watchOS today. Will watchOS 8 next week change it? Maybe 5G will save us all.