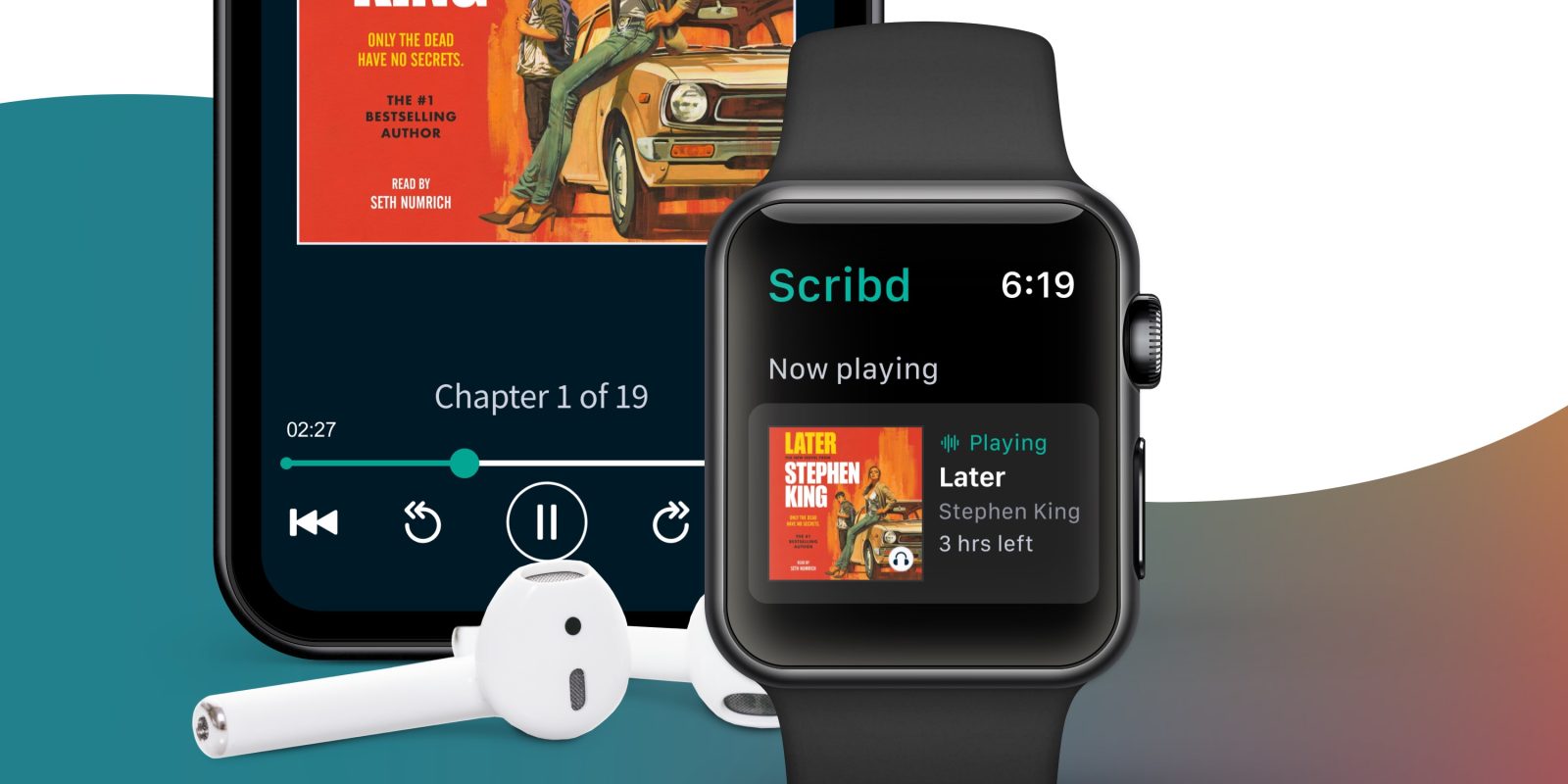 Popular book, news, and document reading subscription service Scribd is out today with an Apple Watch app. The release brings streaming to the wearable for a more convenient way to listen to audiobooks, articles, documents, podcasts, and more.

Scribd launched the new Apple Watch app with its latest iOS release this week which offers streaming so users don’t need to have their iPhone nearby to listen to content.

The Apple Watch app works with Series 3 and later with watchOS 7 recommended and offers playback from saved lists. It also features playback controls including the sleep timer and playback speed.

Playback controls – The Scribd audio player on Apple Watch provides easy access to playback controls including play, pause, skip forward or back, and volume, as well as access to other functions such as sleep timer and playback speed (from 0.8x to 2x).

Streaming – Can stream to connected bluetooth headphones or external speakers

Scribd is a free download from the App Store. The service offers a free 30-day trial with unlimited access to books, audiobooks, magazines, and more running $9.99/month after that.