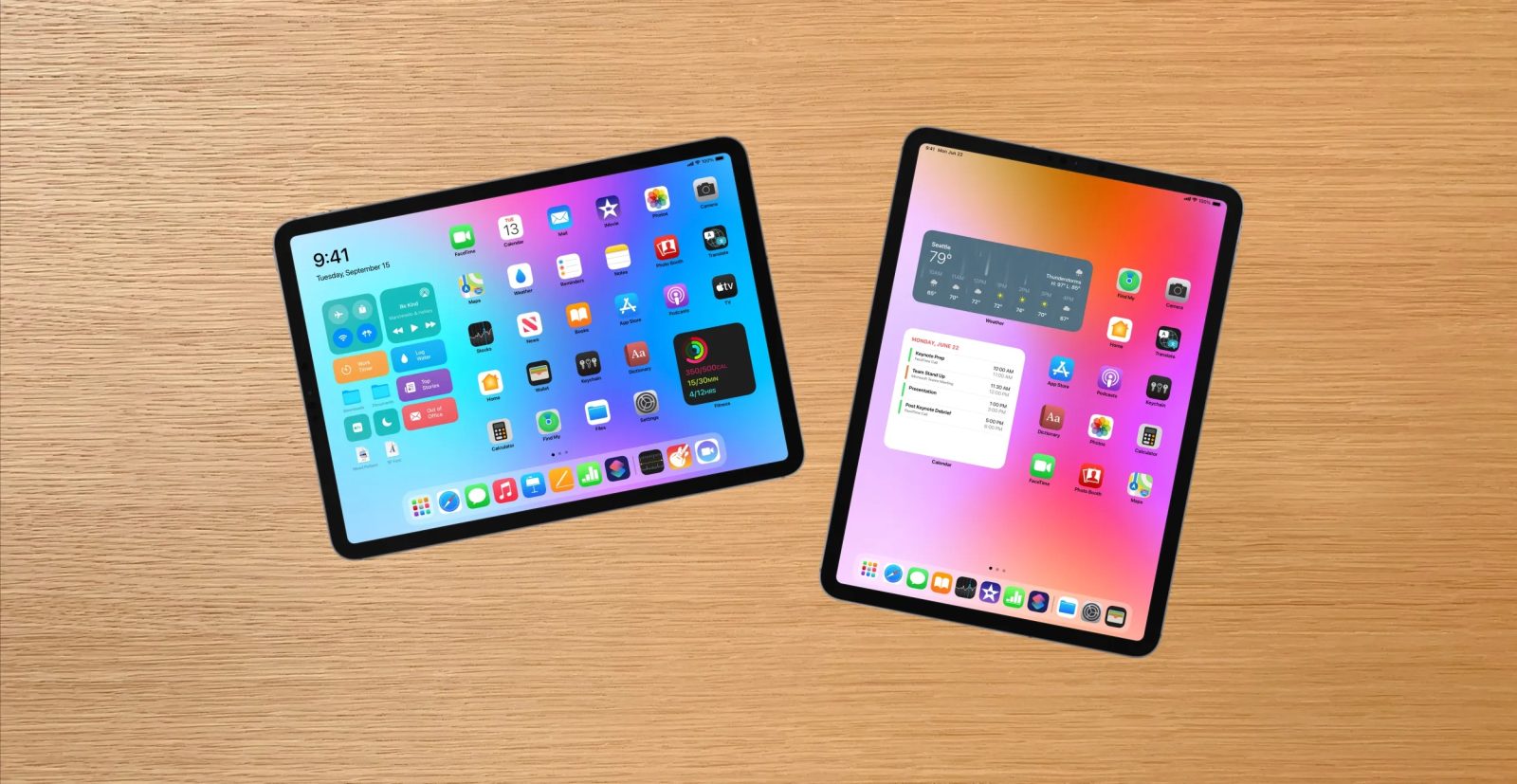 In a report published this morning, Mark Gurman at Bloomberg says that customers should expect stricter privacy controls, updates to iPad multitasking aimed at attracting advanced users, and new notification modes. The incoming iOS notification banner is said to be redesigned, with more of a focus on auto-reply actions. There will also be interface updates for Apple TV and Apple Watch.

Bloomberg had previously said that the iPadOS 15 update will allow users to place home screen widgets anywhere, like the iOS 14 iPhone behavior …

In regard to privacy, iOS 15 is apparently going to feature a new control panel that will highlight how apps use customer data. This sounds like it will build upon the existing App Tracking Transparency policies rolled out as part of iOS 14.5.

As customers and tech reviewers demand ways to extract more productivity out of their shiny new iPad Pros, Apple is said to be readying a Home Screen revamp and updates to multitasking.

Bloomberg says Apple plans a new design for multitasking that will “make it easier to operate multiple apps at the same time”. Apple intends to make the iPad “more appealing” for advanced uses, according to the report.

iOS 15 notifications will reportedly allow users to set a status (like sleeping, working, driving) and have notification alerts behave differently for each mode. The incoming notification banners will also get a new user interface design on both iPhone and iPad, with a renewed emphasis on auto-reply features.

tvOS for Apple TV and watchOS for Apple Watch are described as getting ‘enhancements’ to user interface and health tracking. Bloomberg says it expects the new version of macOS will be minor, following the UI overhaul that came last year with Big Sur.

Echoing earlier reporting from Wall Street Journal’s Joanna Stern, Bloomberg says there will also be a focus on new features for the Health and Messages apps.

WWDC kicks off on Monday. Stay tuned to 9to5Mac for full coverage of all the iOS 15, iPadOS 15, macOS 12, watchOS 8 and tvOS 15 announcements.