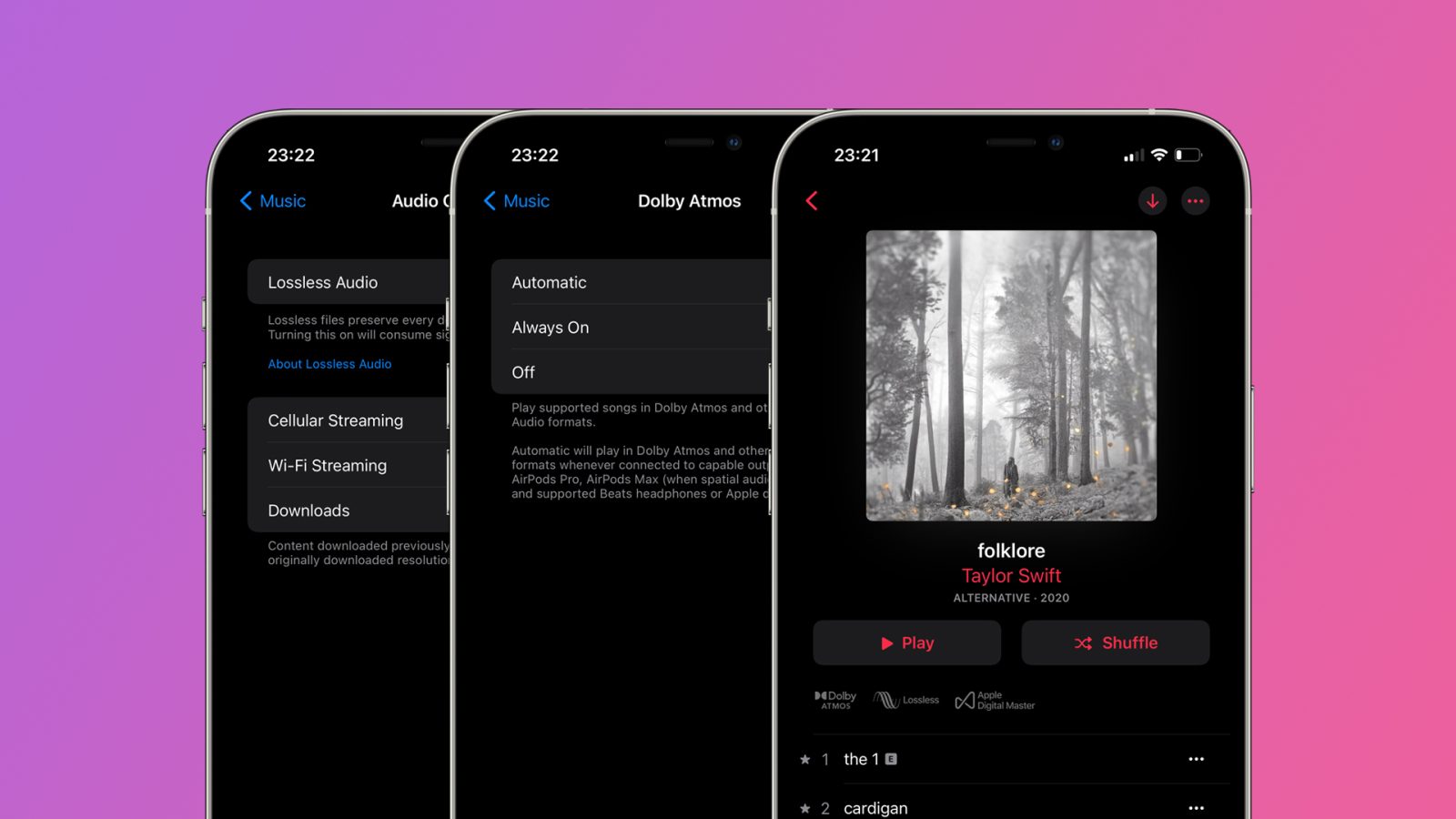 Following yesterday’s launch of Spatial Audio and lossless in Apple Music, Apple’s Eddy Cue sat down with Billboard for an in-depth interview. In the interview, the Apple exec discusses lossless and Spatial Audio, whether or not he can tell the difference in lossless audio, and much more.

At launch, Spatial Audio is available on “thousands” of songs on Apple Music, which offers over 75 million songs in total. Cue says that it has been a process to educate labels and artists on Dolby Atmos, and notes that it’s not as simple as just processing a file:

So we went after the labels and are going to the artists and educating them on it. There’s a lot of work to be done because we have, obviously, tens of millions of songs. This is not a simple “take-the-file that you have in stereo, processes through this software application and out comes Dolby Atmos.” This requires somebody who’s a sound engineer, and the artist to sit back and listen, and really make the right calls and what the right things to do are. It’s a process that takes time, but it’s worth it.

In the near future, Cue believes that “every new song that comes out” will be available in Spatial Audio and Dolby Atmos:

I think we’re going to see certainly every new song that comes out very quickly here in Dolby Atmos, and you’re going to see people going to their back catalogues. We’ve already seen that. We’ve seen it with Taylor Swift and, obviously, Ariana Grande, J. Balvin, The Weeknd, Kacey Musgraves, and Maroon 5. We’re really excited about this.

On cars, it’s not just the simple thing of putting it into CarPlay. The car has got to have the right systems because CarPlay plays back to the stereo in the car around it. But there’s no doubt. I’ve listened to cars already with Spatial Audio — not from a factory, but modified — and it’s incredible. To me, when I look at Dolby Atmos, I think it’s going to do for music what HD did for television. Today, where can you watch television that’s not in HD?

Cue also touches on the debate of whether you can actually hear the difference in lossless audio. The Apple exec explains that while he personally can’t tell the difference, Apple Music supports lossless for the “small set of customers” who want it:

Because the reality of lossless is: if you take a 100 people and you take a stereo song in lossless and you take a song that’s been in Apple Music that’s compressed, I don’t know if it’s 99 or 98 can’t tell the difference.

For the difference of lossless, our ears aren’t that good. Yeah, there are a set of people who have these incredible ears, and that’s one piece of it. There’s the other piece of it, which is do you have the level of equipment that can really tell the difference? It requires very, very high-quality stereo equipment.

The full interview is well worth a read and can be found at Billboard.