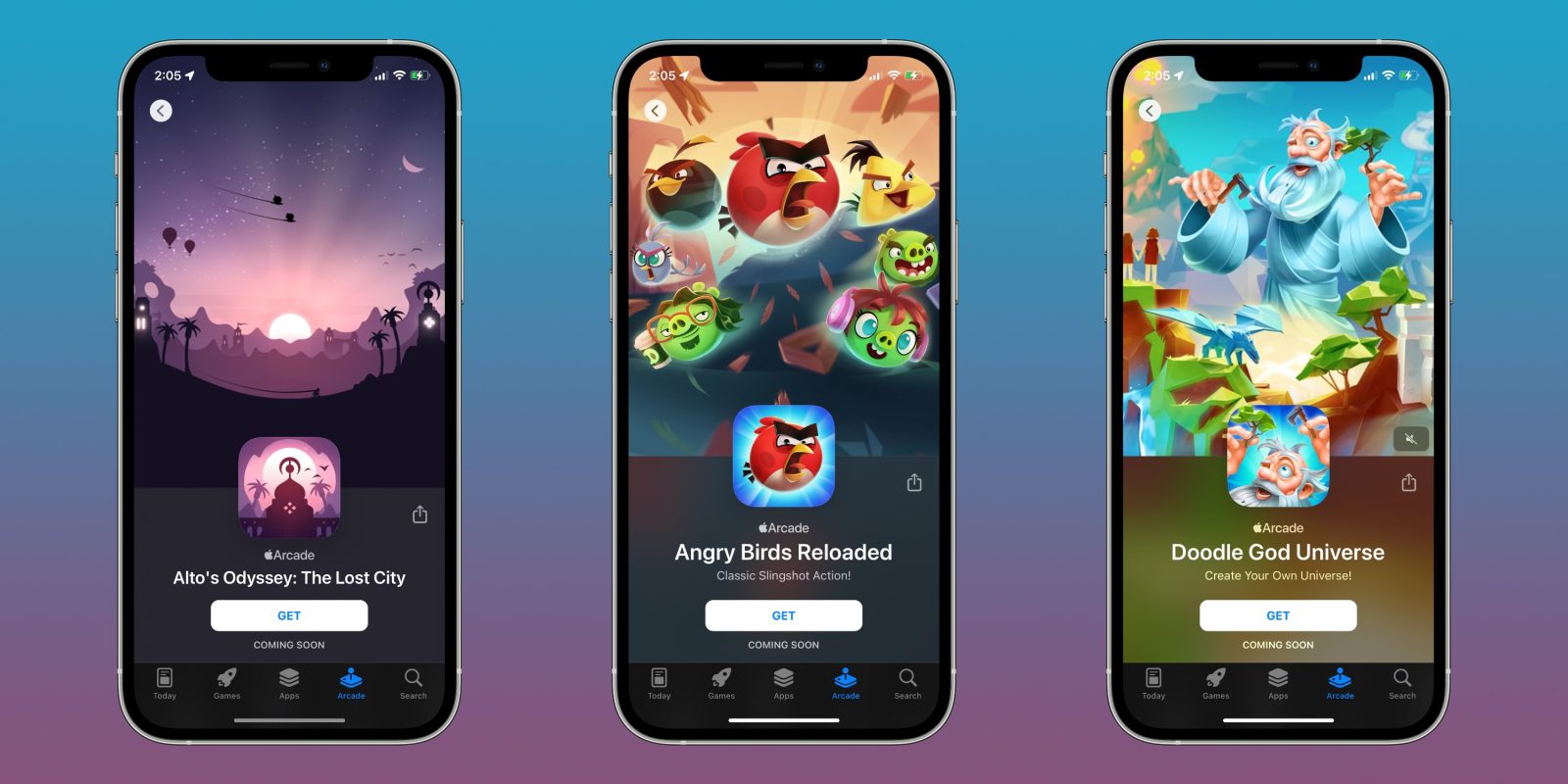 After a couple of months without much launching on Apple Arcade since the massive April update, some exciting releases are slated to arrive soon. Snowman has a special new version of Alto’s Odyssey, Angry Birds is launching Reloaded, and a remastered Doodle God Universe is coming to the gaming platform.

Apple announced the exciting news on Twitter today and published preview pages for each of the new games.

Release dates haven’t been announced yet but you can set a reminder to get alerted when they do launch with the links below (along with keeping an eye here on 9to5Mac). Apple Arcade titles usually launch on Friday mornings.

These iOS hits are sure to be popular with all of your favorite gameplay plus new content arriving on Apple Arcade.