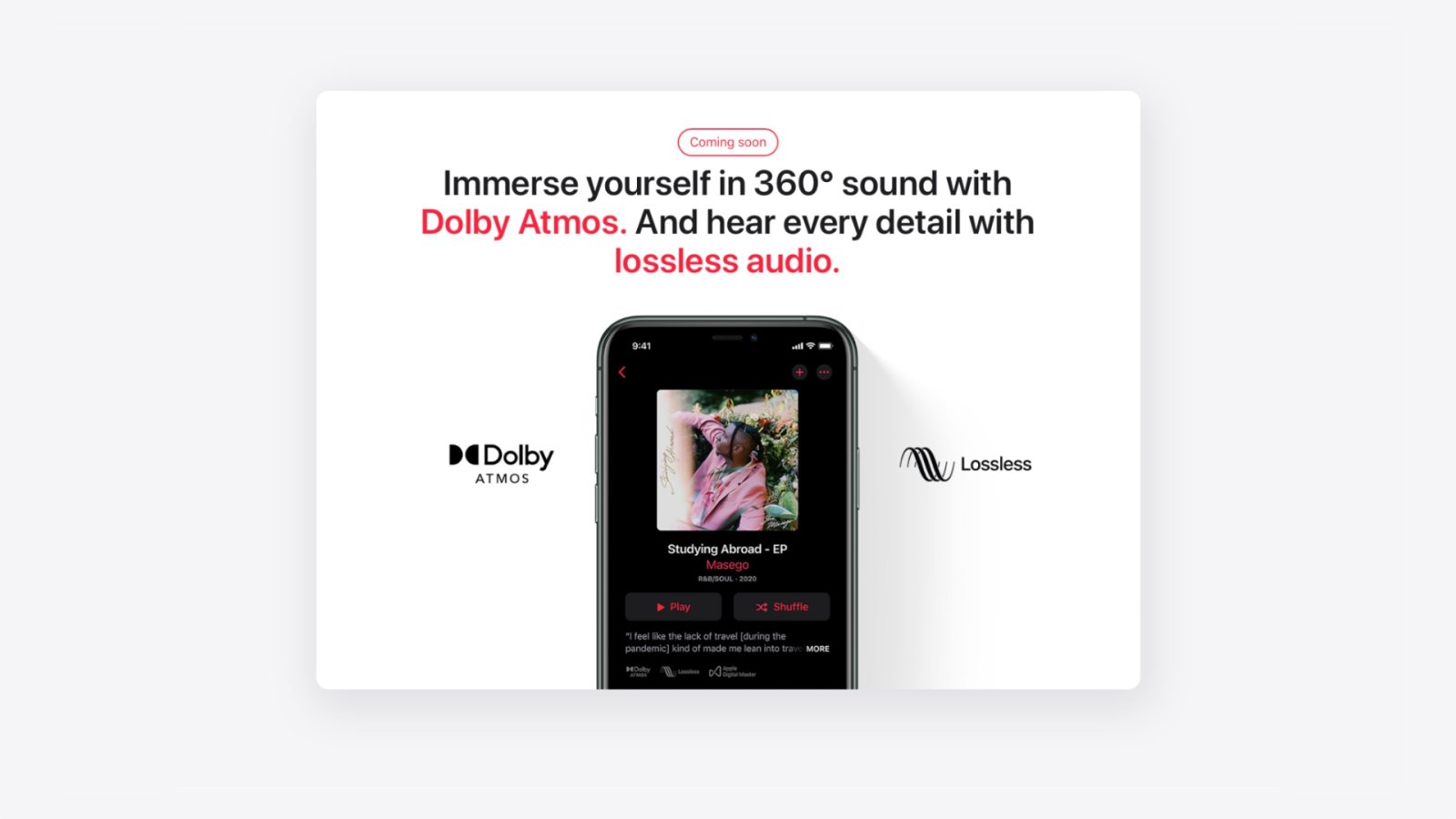 During the WWDC21 keynote, Apple confirmed that Apple Music Lossless and Spatial Audio would launch that day for all users. For some reason, these new functions didn’t land in India, but that will be changing soon.

According to the Apple Support Twitter page, after being asked by a few users about these functions in the South Asian country, it confirmed Apple Music Lossless and Spatial Audio support would be coming soon to India.

Even the Apple Music page on India’s official Apple website says these features are coming soon to the country.

On Twitter, a few users in India reported Apple Music Lossless and Dolby Atmos appearing and then disappearing in the settings.

Apple Music Lossless and Dolby Atmos with Spatial Audio were first announced in May. After some controversy whether HomePod would feature Lossless support or AirPods Max, while wired, would support a higher-quality sound, Apple answered these questions saying both HomePod smart speakers will receive Lossless support in a future update, while AirPods Max wouldn’t be able to stream in that quality, although very similar to it.

Apple says all of Apple Music’s catalog of over 75 million songs will feature Lossless support by the end of the year, but the company’s focus is really on the Spatial Audio feature.

In an interview, Apple exec Eddy Cue called Lossless basically a “placebo” as most people won’t be able to hear the difference:

The reality of lossless is: if you take 100 people and you take a stereo song in lossless and you take a song that’s been in Apple Music that’s compressed, I don’t know if it’s 99 or 98 can’t tell the difference.

First there was mono, then stereo, and now there’s Spatial Audio. Spatial is an immersive experience with sound moving around you in different directions. We have only had that kind of experience before in cinema. Have you ever wondered how that would work with music? I have.

I first got the opportunity to listen to Spatial Audio on AirPods; I was confused at first. “Does this really work on AirPods? When do I get my car and go to some kind of listening room with special speakers?” And they were like, “No, no — just press play.”

Are you an Apple Music subscriber in India? Does the Lossless and Dolby Atmos feature already appear to you? Tell us in the comment section below.