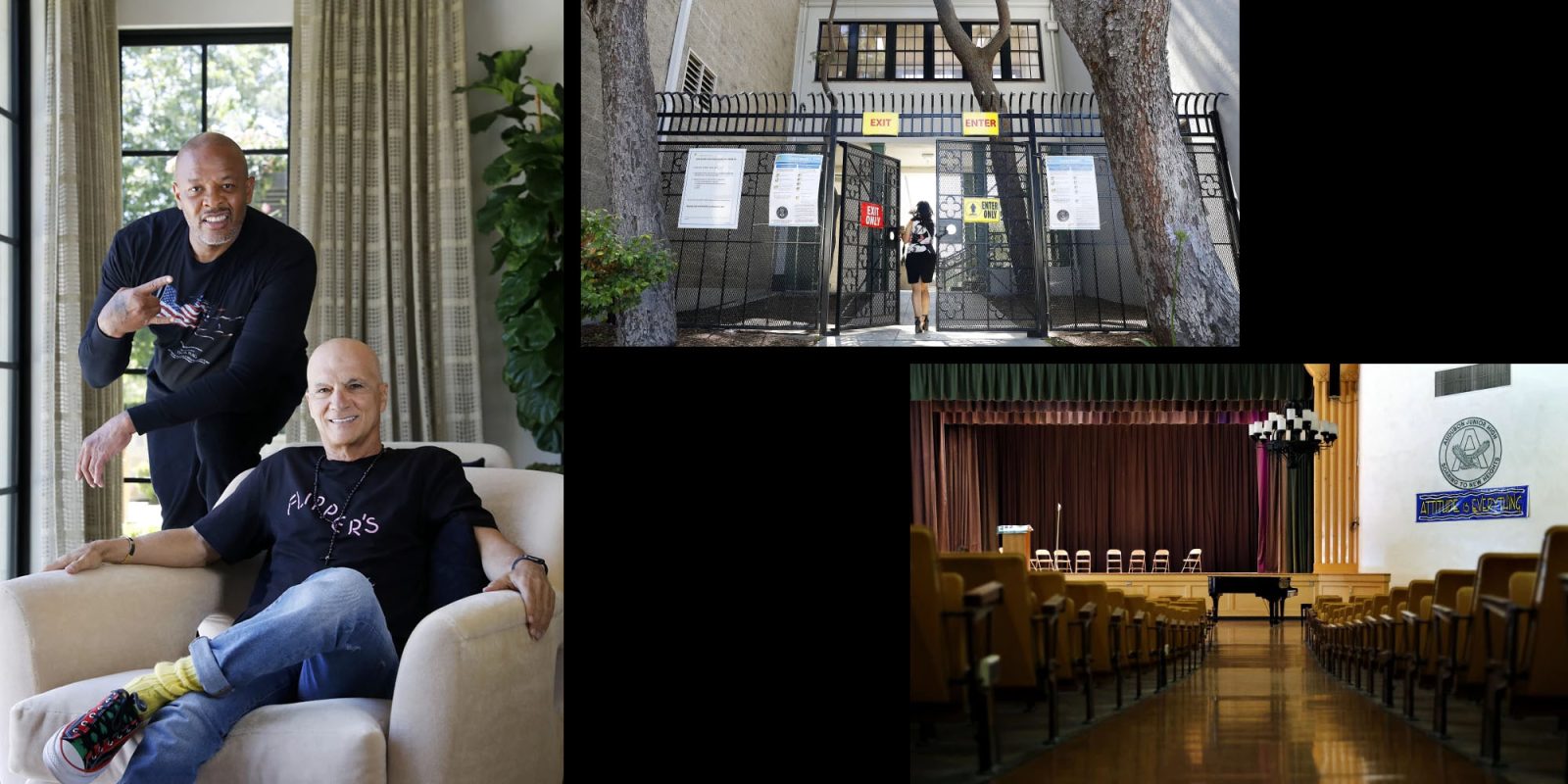 Beats cofounders Dr. Dre and Jimmy Iovine are creating a new high school that they say will be aiming to attract kids who feel disconnected from the current schooling experience.

It will be modeled after the University of Southern California academy they funded, and which they said was geared to the vision of Steve Jobs …

The LA Times reports that they are creating the school on an existing middle school campus that is operating at well below capacity.

Looking at it one way, Audubon Middle School doesn’t need saving — with its energetic principal and a program with much to offer. But steep enrollment declines have left the Leimert Park campus at less than a third of capacity. And students are struggling academically — just 5% are at grade level in math.

Enter Dr. Dre and Jimmy Iovine. The two music-industry moguls settled on Audubon as the place to start a new public high school, which will mirror the format of a USC academy that launched in 2013, catalyzed with their $70 million donation.

They’d originally intended to build a campus from scratch, but then realized Audubon was perfect.

The campus had much they liked, fundamentally its location in a low-income community of color. But there were other positives, Hardemion said, including a stand-alone 1920s-era classroom building, with solid architectural bones and sturdy wooden cabinets, as well as a renovated, distinctive auditorium — and plenty of space.

Audubon enrolls about 460 sixth- through eighth-grade students on a campus that can easily accommodate 1,500 […] Over time, many Black middle-class families have sent their children to charter schools or Los Angeles district schools on the Westside. Decreased immigration, lower birth rates and gentrification also played a role.

As with the USC campus, students will be faced with real-world challenges being tackled by both businesses and medical centers, and invited to apply their creativity to attempting to solve them. They hope this will engage kids who currently think schooling isn’t for them.

Iovine and Dr. Dre said they wanted to reach students who, like them, felt disconnected from, unmotivated by, the typical school experience. They beat the odds to become successful. They want incoming generations to have better odds […]

“We’re here strictly for the kids and trying to give them a future and something promising that maybe wasn’t available before,” said Dr. Dre […]