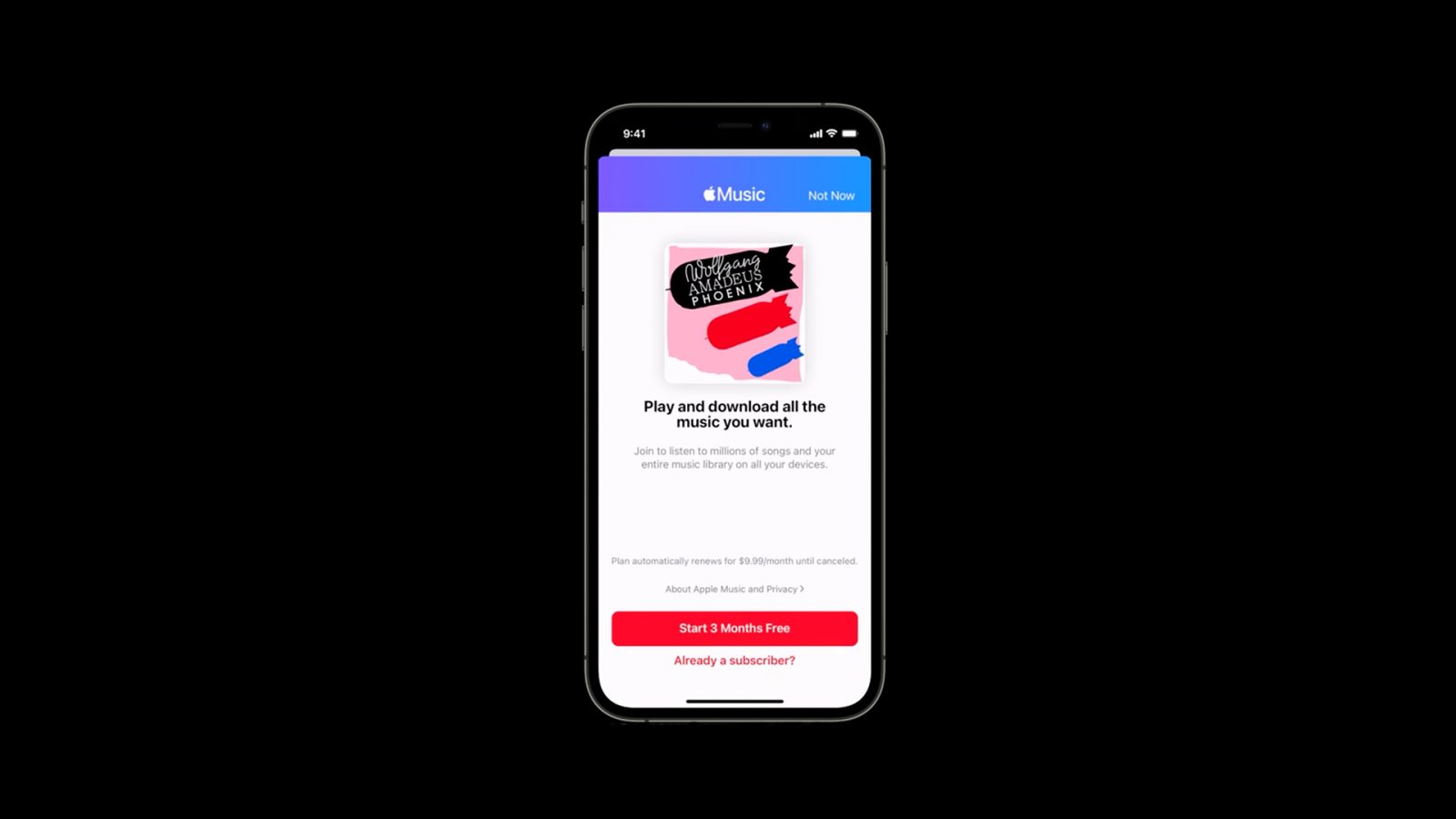 With a new MusicKit API, developers will be able to offer Apple Music trials and receive rewards for new subscribers through a referral program starting with iOS 15. This news was highlighted by developer Tim Isenman on Twitter, but Apple also gave a preview during the  “Meet MusicKit for Swift” session on WWDC21 week.

According to Apple engineer Joel Lopes da Silva, this new “MusicKit accelerates the way your apps integrate with Apple Music API, which is our set of server-side APIs for accessing the wide array of catalog content from Apple Music, thus making it much easier for you to build compelling apps that tie into Apple Music.”

With this MusicKit API, developers will be able to offer users a free trial for Apple Music within the app. And it will also be possible to offer a custom main message for users to try the music streaming service:

“If your user isn’t already an Apple Music subscriber, you may want to allow them to start a free trial for Apple Music from within your app, so they’ll be able to enjoy all the functionality you’ve worked on to improve the user experience of your app with music. The subscription offer can be configured by tailoring the main message shown to the user to better correspond to the functionality in your app, like “play music”. It can also be contextual, highlighting a specific song, album, or playlist.”

MusicKit API will also give rewards to the developer when a user subscribes to Apple Music. The affiliate program already existed, but it’s now more integrated with third-party apps:

“And by using the subscription offer sheet in your app, you can get rewarded for bringing in new Apple Music subscribers, through our affiliate program, which we call the Apple Services Performance Partners Program.”

Last but not least, the Apple engineer gives a few examples on how developers can integrate this new Musickit within their apps:

“For example, you can make your games a lot more immersive by playing background music that matches the mood of your game. Or you can play upbeat music to keep your users motivated in a fitness app. And in a social media app, you can keep your users even more engaged with content that highlights music.”