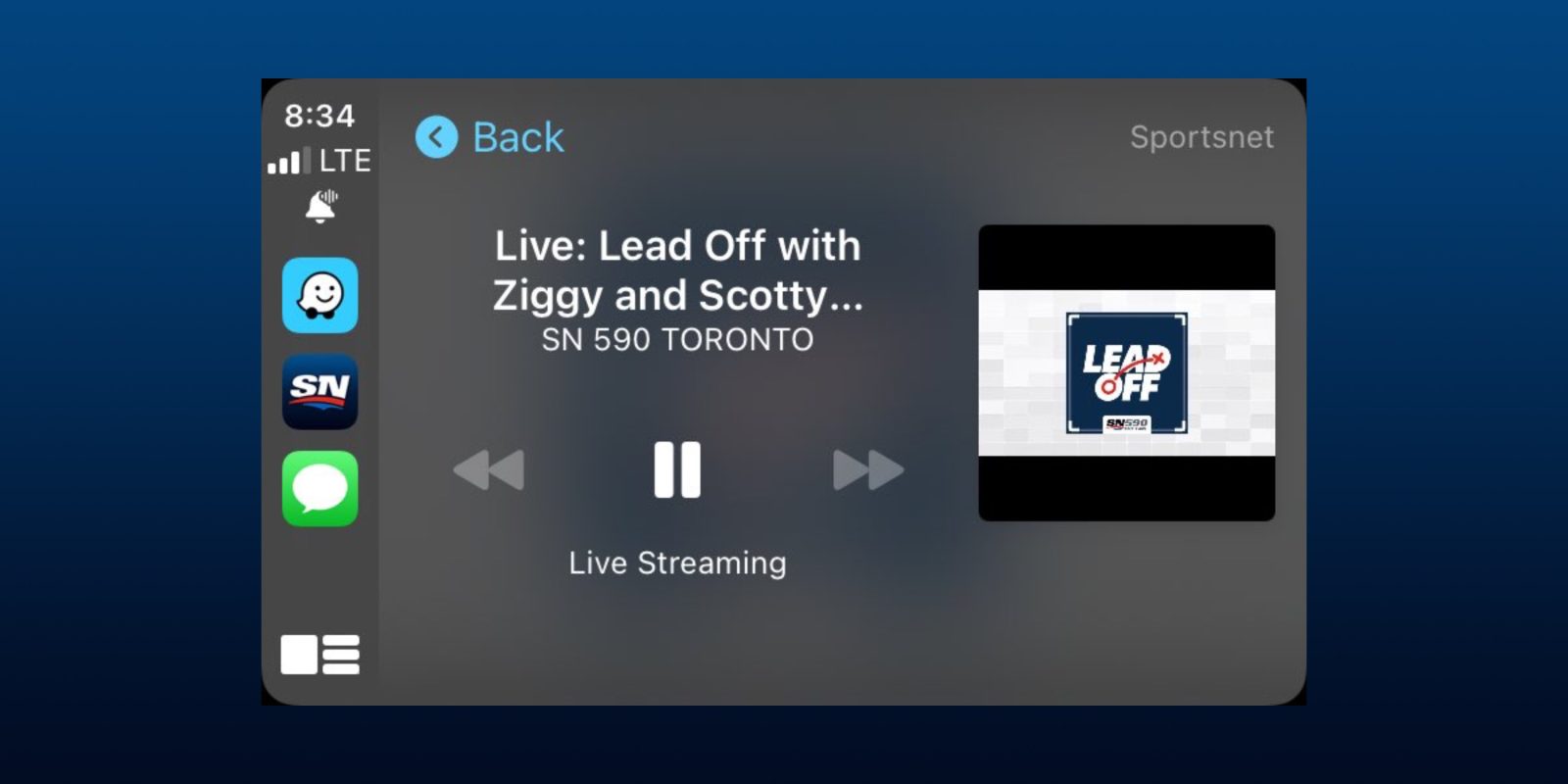 Sportsnet launched the 5.7.1 iOS update with CarPlay support yesterday that works with the live SN 590, 650, and 960 stations. The CarPlay functionality also works with clips from the network’s radio shows (H/T Shawn Harvey).

The free version of Sportsnet for iOS offers select news, scores, stats, and highlights with SN Now and Now+ subscriptions offering live streams, 24/7 access to Sportsnet One and Sportsnet 360 starting from $19.99 and $34.99/month, respectively.

Along with the addition of CarPlay, the latest update brings minor bug fixes and improvements. Here’s how the Sportsnet CarPlay integration looks: