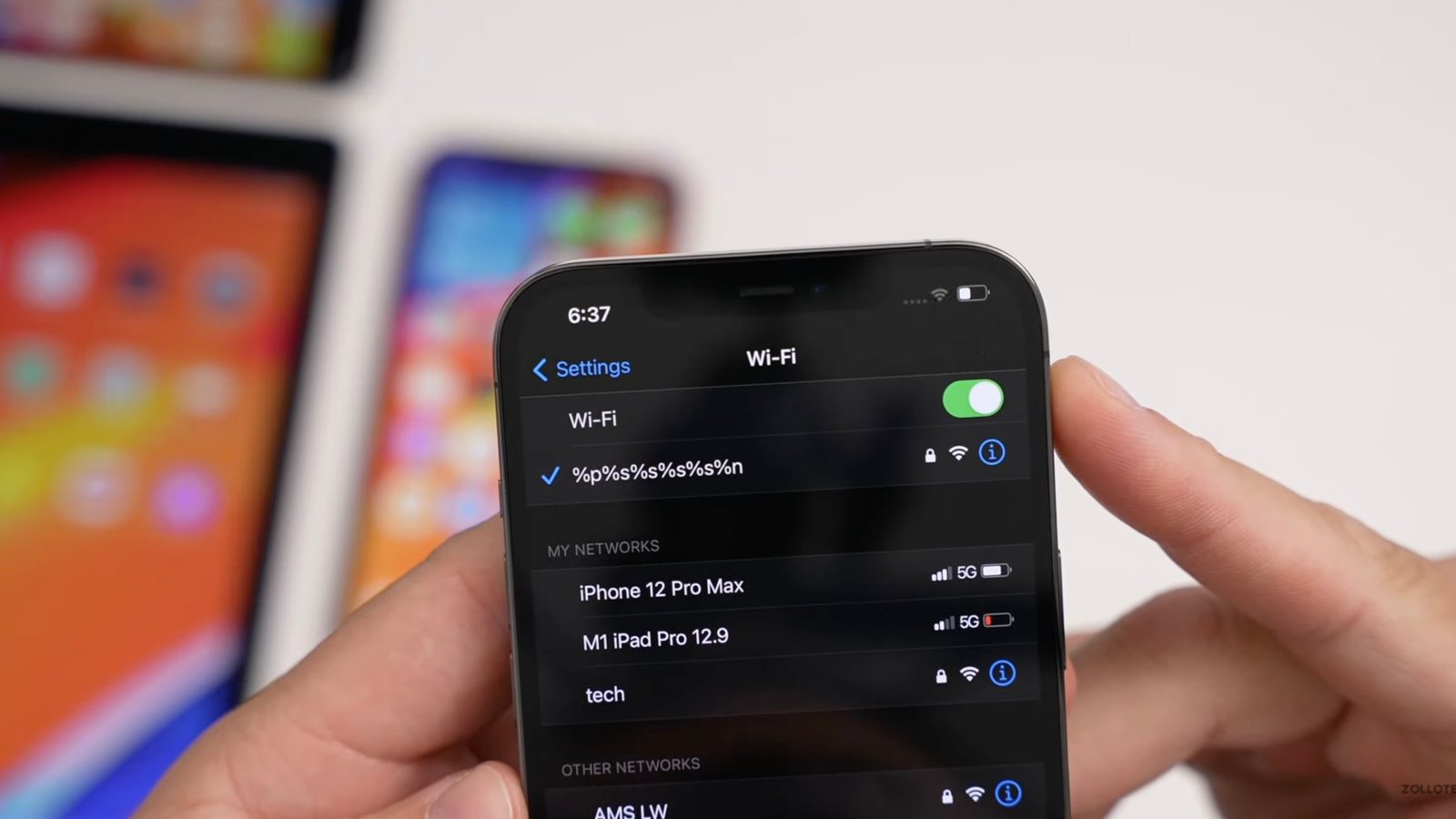 Over the last several weeks, a flaw has emerged in iOS that means a handful of network names can actually disable Wi-Fi on your iPhone altogether. In the latest beta of iOS 14.7, which Apple released to developers and public beta users yesterday, Apple has seemingly fixed this bug.

The bug in question first surfaced last month. Essentially, a security researcher discovered that certain network names can completely disable your iPhone’s ability to connect to Wi-Fi and use other networking features such as AirDrop. In some instances, the problem was fixable by resetting your iPhone’s network settings in the Settings app, but this wasn’t always the case.

The fix was first reported by the YouTuber Zollotech, who detailed the change in his latest video. Now, if you’re running iOS 14.7, when you connect to one of these specific Wi-Fi names, your iPhone will work as expected.

There’s still no detail on a specific cause, but 9to5Mac’s Benjamin Mayo speculated:

Here’s the likely explanation: the ‘%[character]’ syntax is commonly used in programming languages to format variables into an output string. In C, the ‘%n’ specifier means to save the number of characters written into the format string out to a variable passed to the string format function. The Wi-Fi subsystem probably passes the Wi-Fi network name (SSID) unsanitized to some internal library that is performing string formatting, which in turn causes an arbitrary memory write and buffer overflow. This will lead to memory corruption and the iOS watchdog will kill the process, hence effectively disabling Wi-Fi for the user.

iOS 14.7 is available to developers and public beta testers now, but there is still no word on a public release date. In the meantime, be sure to keep an eye out for any Wi-Fi networks with percent symbols in their name. Have you had any run-ins with this problem? Let us know down in the comments!