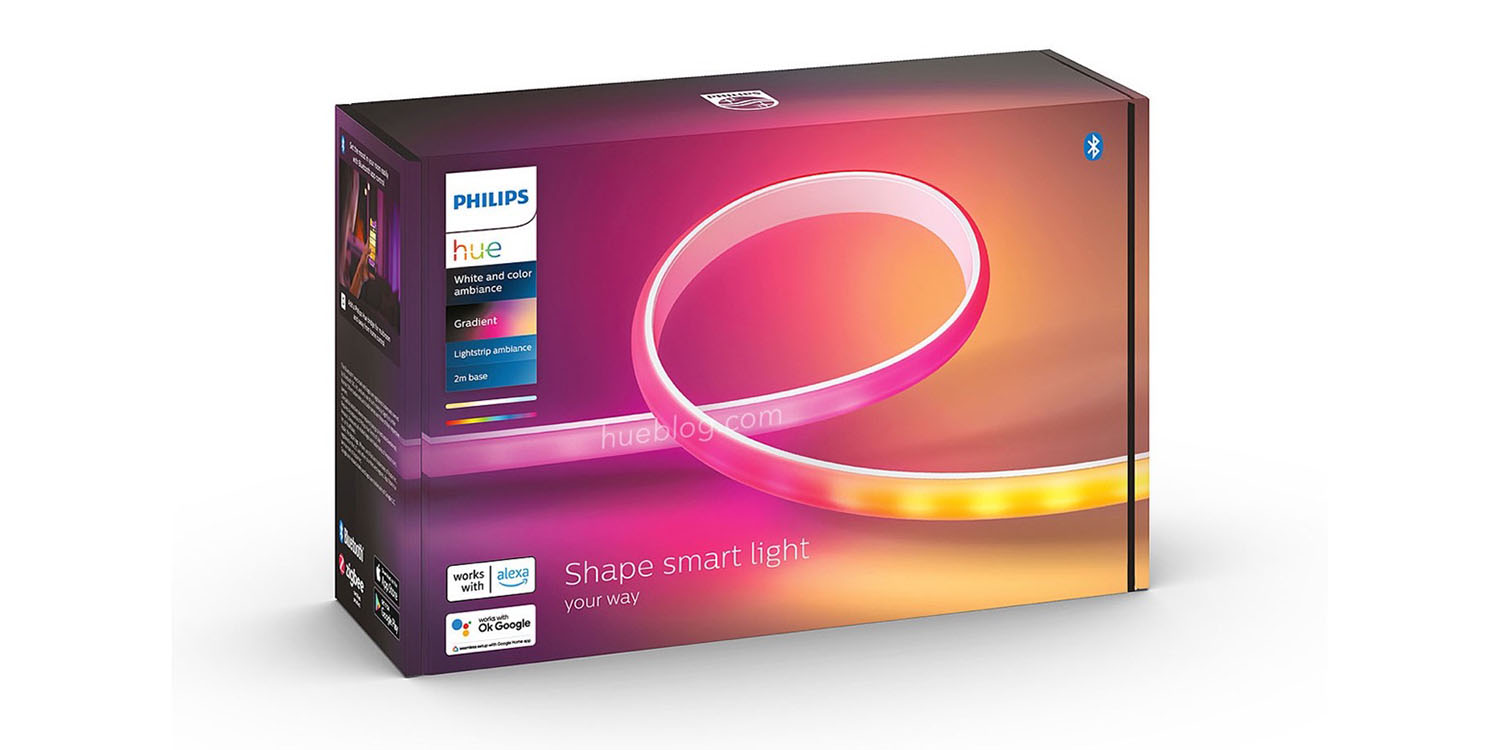 Lightstrips are one of the most flexible and popular Hue products, and there’s an even better version on the way: the Philips Hue Gradient Lightstrip Ambiance.

While existing Lightstrips let you choose from 16 million colors, the Gradient takes this to a new level …

Instead of displaying one color at a time along its entire length, the Gradient will be able to simultaneously display a number of different colors along its length.

If that sounds familiar, it’s because the company already offers the Play Gradient Lightstrip with this capability. That device is specifically designed to be mounted behind a TV set, and is available in 55″, 65″, and 75″ lengths.

In contrast, the upcoming Philips Hue Gradient Lightstrip Ambiance is a general-purpose light designed to offer the same flexibility as the original in terms of placement. It will be available in the same 2-meter lengths as the existing Lightstrip.

The new product, which has not yet been officially announced, is called Philips Hue Gradient Lightstrip Ambiance. The two-metre long light strip will offer a very special function: It can display several colours at the same time. Exactly how many is still unclear. In all likelihood, this will be made possible by the new dynamic scenes that Philips Hue will make available as an update this summer.

In contrast to the Play Gradient Light Strip, the new light strip will have a back with double-sided adhesive tape so that it can be mounted flexibly. As a “White and Color Ambiance” product, it will be able to display 16 million colours in addition to white tones. However, you will have to pay extra for the gradient function […]

If the length of two metres is not enough for you, the Philips Hue Gradient Lightstrip Ambiance also offers the option of connecting one or hopefully several extensions with a length of one metre each.

The site has photos of the box for the new lightstrips.

I’m a huge fan of Hue Lightstrips. We have one as accent lighting at the rear of my desk, two as under-cabinet lighting in the kitchen, and others used as wardrobe and cupboard lighting.