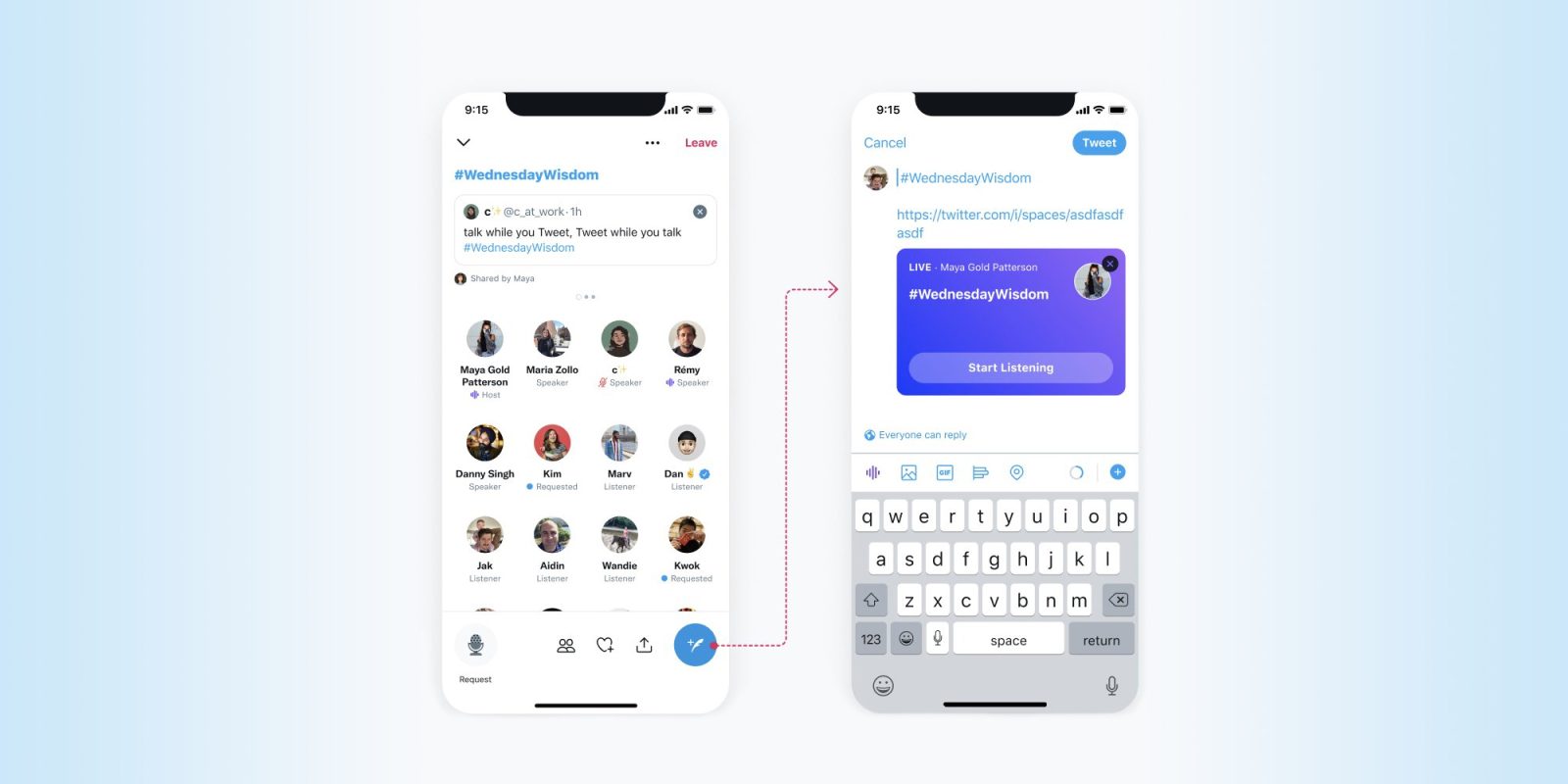 Twitter today announced some updates to its Spaces live audio platform. The company is updating its iOS app with a new layout for viewing and managing who is in a live Spaces, as well as new options for sharing and discovering the audio conversations.

As noted by Engadget, users will find a compose tweet button directly from Spaces. With just one tap, you’ll be able to send a tweet with the link to that Spaces in progress. Of course, it was already possible to share the link to open a Spaces before, but that required a few extra taps. However, there’s even more new features for Spaces’ users with today’s update.

The company also announced that guest management in Spaces has been enhanced with a section to separate current speakers from who has requested to speak. The controls for participants have been moved to the top so that they’re always accessible. Of course, the update also fixes some bugs on the Twitter Spaces platform.

In order to get these new features, make sure that you have installed the latest version of the Twitter app on your iPhone. It’s worth remembering that, at least for now, the Spaces platform isn’t available in the iPad app.

Twitter has recently been working to add new features for its users. After bringing Spaces to the web, the company announced that it’s working to let users speak in an audio conversation when using the web browser. The company also announced this week that it will launch a new shopping experience built into the social network.