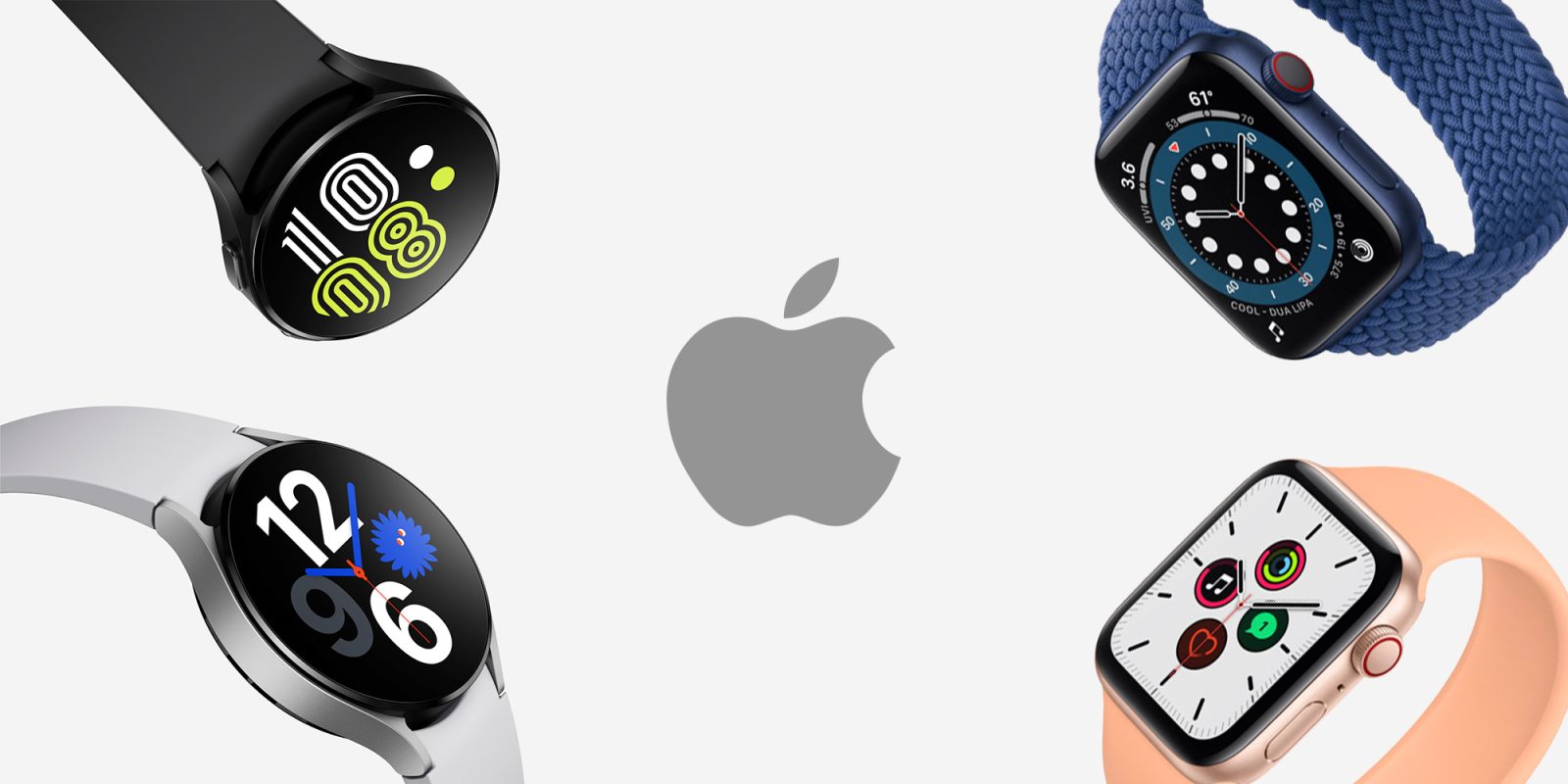 Samsung today unveiled the Galaxy Watch 4 and Watch 4 Classic, its partnership with Google to create an all-new Wear OS experience and finally introduce a competitor to the Apple Watch. Although it’s just a first step of hopeful years of collaboration, there are multiple ways in which Apple still appears to be at the top – but Samsung is gaining.

The first thing you’ll notice with Wear OS3 is that, for now, it’s a solo experience, with only Samsung offering this operating system.

The company’s Wear OS brings some inspiration of the Grid View of the Apple Watch, a few pre-added Watch Faces, and, according to my colleague Damien Wilde at 9to5Google, “much of the experience is fairly familiar” compared to other Samsung’s smartwatches.

Swiping downwards on the Galaxy Watch 4 devices is where you’ll find all of your apps in a floating amorphous grid that is fairly reminiscent of Apple’s Watch OS. Tapping and holding lets you adjust the layout of apps, but my gut instinct has me feeling that the traditional list format – while less visually appealing – is easier to grasp. I say this as if you don’t recognize an app by its icon, you might find yourself tapping around to find the one you want. It’s an admittedly minor issue but a problem nonetheless.

How does the new Samsung Galaxy Watch 4 looks?

Samsung bets on a more traditional look of a smartwatch with a rounded design. Although it looks more like a real watch, the company’s Wear OS doesn’t take advantage of a circular screen when you depend on written things, such as reading notifications and creating messages.

But if at least from the outside it doesn’t look like much competition, on the inside, people who own an Android phone will find a device capable of tracking exercises with good battery life.

While the Galaxy Watch 4 is made of aluminum, the 4 Classic has a stainless steel finish. Both feature 1.5GB of RAM, IP68, an Exynos W920 Dual-Core processor, and over 40 hours of battery life.

The Galaxy Watch 4 also has a fair pricing point, starting with $249 for the regular model and $349 for the Classic one. This is an area where Apple obviously lags behind, but your Apple Watch will likely receive software support for years, unlike Samsung products.

It’s good to see Apple having some competition in the smartwatch business. While every year the company releases “the best smartwatch ever made,” it’s important to have another manufacturer offering new possibilities.

For example, with Samsung and Google’s partnership, Google will make it easier to integrate its apps, such as Google Maps, to work seamlessly with the Galaxy Watch 4. And if more companies believe in Wear OS 3, it will only create more pressure for Apple to better the Apple Watch.

Check out 9to5Google’s hands-on with the Galaxy Watch 4 and Wear OS 3: