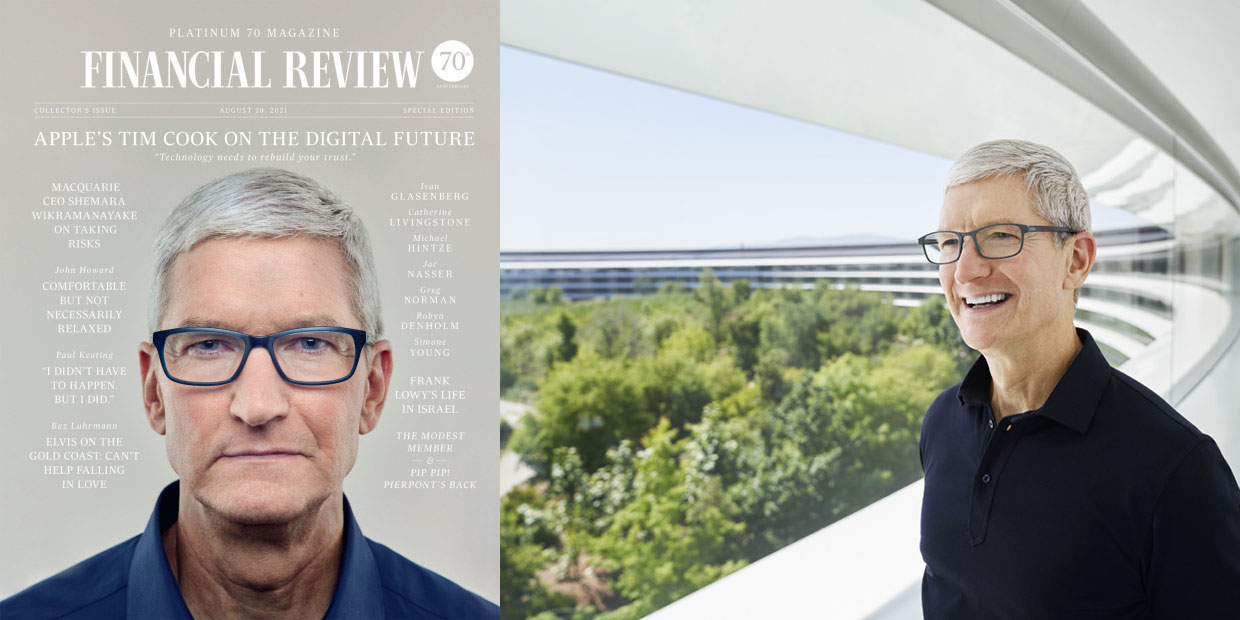 Tim Cook’s 4 a.m. starts are the stuff of legend. A new interview with Apple’s CEO opens with his explanation of why he’s at his desk by this time.

Alongside a lot of standard interview fare, a former Apple exec is cited declaring that Apple was more magical, more exciting, when Steve Jobs ran the company…

In an interview with the Australian Financial Review, Cook says 4 a.m. is the one time of the day when he’s in control.

He then gives the usual spiel about using a chunk of this time to read hundreds of customer emails.

“I cannot read all of them, no. I’d not admit to doing that. But I read an extraordinary number of them. It keeps my hands on the pulse of what customers are feeling and thinking and doing.”

He forwards them around the company, to whichever team he thinks needs the feedback. It’s a randomized way of keeping in touch with the various corners of the Apple empire.

There are a lot of other familiar soundbites in the interview. He’s a great believer in augmented reality. Tech can be used for good or bad. Apple makes tech designed to enrich people’s lives. The company thinks very carefully about everything it does. Apple is driven by its values. Privacy is a human right. He welcomes competition. Apple only has customer interests at heart in things like App Store control. Apple has enabled $600 billion worth of revenue for developers.

Another thing now becoming a standard part of a Cook interview is that it’s right that Apple’s actions should come under regulatory scrutiny, but the company doesn’t think it’s doing anything wrong.

Cook also tells the familiar story of Jobs urging him not to ask, “What would Steve have done?” but instead ask himself what he thought was the right thing to do.

A former Apple exec is quoted saying something less flattering:

I would say that some of the magic did die with Steve. Apple transitioned as a company that made awe-inspiring magical products to being one of the most consistent-at-operations companies in the world. Under Steve there was more excitement, more intrigue.

Cook said that taking over from Jobs wasn’t his greatest challenge: the pandemic was.

A huge challenge is losing total control. And so all of a sudden you know that you’re no longer in control over your destiny, that this pandemic had a strange way of shaking us all and reminding us that we are not the ones deciding.