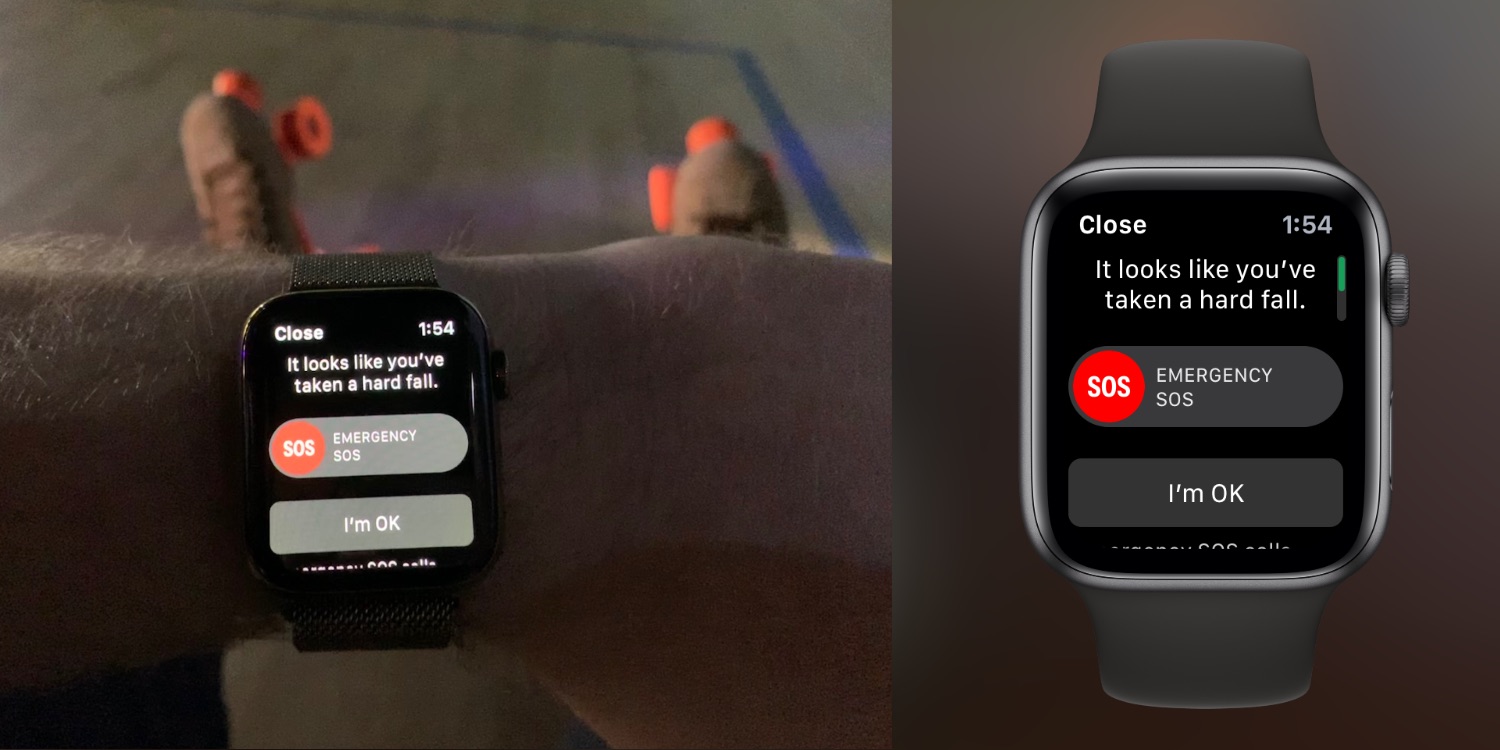 From time to time we hear about people who have had their lives saved thanks to the Apple Watch, and recently this happened to Dan Pfau after he fainted and hit his head hard on the floor.

The story comes from the Boston Globe, which talked to Pfau after the accident. At the age of 70, this is not the first time the retired administrative consultant has been saved thanks to his Apple Watch.

Two years ago, Pfau was rescued from a bicycle accident after his Apple Watch called 911. He mentions that at the time he woke up in an ambulance without remembering how he had gotten there. “Pfau doesn’t even recall phoning 911, because he didn’t. The watch did,” says the report in reference to the fall detection feature introduced with Apple Watch Series 4 in 2018.

This time, however, the incident faced by Pfau was “even scarier.” Due to his history of sudden fainting spells, he ended up hitting his head on the hardwood floor and started bleeding significantly. As he felt pain and was unable to move, he quickly used the dictation feature on Apple Watch to call his wife, who was luckily home at the time.

His Apple Watch didn’t dial 911 this time, because Pfau, still conscious, tapped an icon on the watch screen to indicate he was OK. “I assumed it was not that serious, which is my natural reaction,” he said. But when he realized that he wasn’t OK after all, Pfau launched the watch’s texting app, tapped the microphone icon, and dictated a message to his wife, who was downstairs.

Although the situation was quite serious, Pfau was once again quickly taken to a hospital because he was wearing an Apple Watch.

It took nine stitches to close the cut on Pfau’s forehead, but the pain in his neck sentenced him to four days in intensive care — it was a fractured vertebrae. “The doctors said I was extremely lucky not to have paralysis,” he said. Pfau wound up at Mass. General after another helicopter ride. “My wife cracked that I was trying to rack up helicopter frequent flyer miles,” he said.

Boston Globe also spoke with Brad Weiner, one of the doctors who attended Pfau in the hospital. The doctor confirmed that this is not the first time one of his patients has been saved thanks to a smart watch, mentioning another recent case in which the Apple Watch correctly notified a patient to atrial fibrillation detected by the ECG app.

Earlier this month, another man reported that he was also able to call for help after a car accident using Siri on the Apple Watch. Stories like this have become increasingly common since the introduction of Apple’s smart watch in 2015.