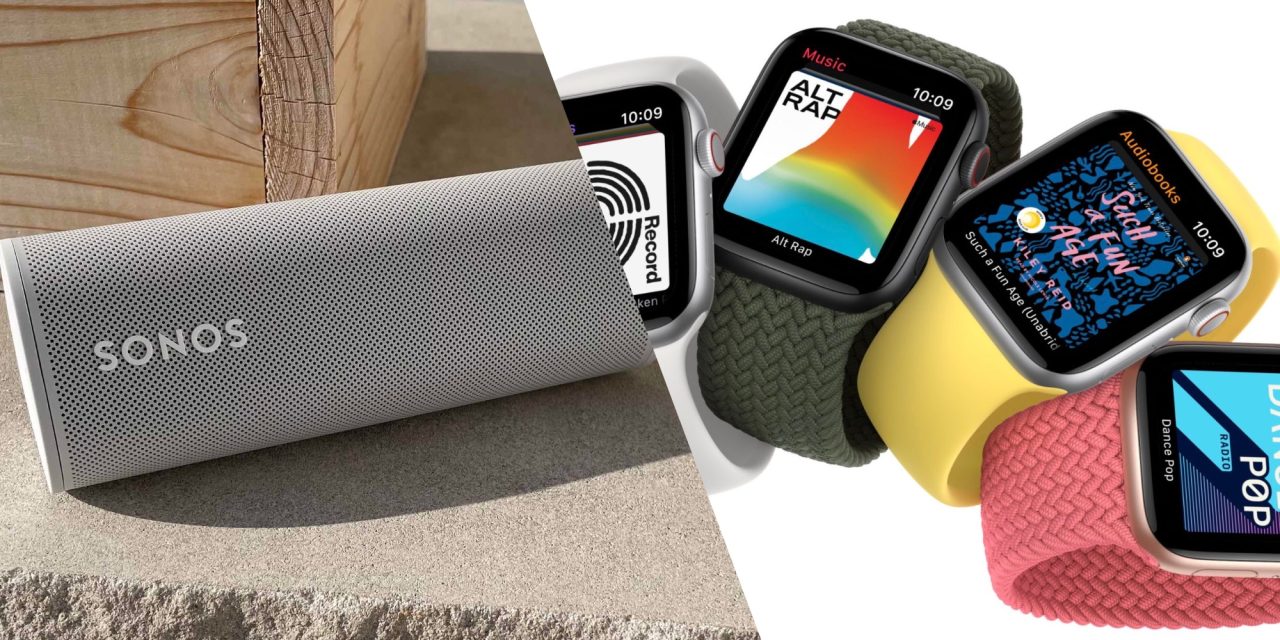 All of the best deals are now up for the taking, headlined by $59 off Apple Watch SE models. That’s alongside a rare discount on the Sonos Roam Speaker at $111 and elago’s Game Boy-themed Apple Watch stand at $13. Hit the jump for all that and more in the latest 9to5Toys Lunch Break.

Save $59 with these Apple Watch SE deals

Amazon is now discounting a selection of Apple Watch SE models starting at $269. Leading the way is the 44mm GPS + Cellular offering at $300. Down from the usual $359 going rate, you’re looking at $59 in savings while marking a new all-time low in the process that’s also $10 under our previous mention. Over at B&H, you’ll find several of the offers matched, which also includes the Nike+ models, as well.

Regardless of which model you end up strapping to your wrist, Apple Watch SE delivers many of the same features as the flagship Series 6, but in a more affordable package. You’ll, of course, still find a bevy of fitness tracking features like exercise tracking and heart rate monitoring, which are backed by a swim-proof design and a Retina OLED display. The one notable omission, though, is a lack of the blood/oxygen sensor. If the rumored Series 7 launching next month isn’t doing much for you, going with these discounts is a great way to cash in ahead of time.

Best Buy is now offering the Sonos Roam Portable Smart Speaker for $111 in refurbished condition. Marking one of the very first discounts since launching earlier this year, you’re looking at a new all-time low with $58 in savings from the usual price tag.

Delivering many of the usual Sonos perks in the brand’s most compact and portable offering yet, the Roam speaker arrives with a battery-powered and IP67 waterproof design that can serenade you for 10 hours at a time. Its small footprint can still dish out rich sound, complete with Trueplay for adjusting playback to your space. There’s also both Bluetooth and Wi-Fi connectivity, allowing you to access its onboard Alexa and Google integration. You can dive into our hands-on review for a better idea of what to expect.

elago’s official Amazon storefront is now offering its W5 Apple Watch Stand for $13. Normally fetching $16, you’re looking at nearly 20% in savings, with today’s offer marking the second-best price to date and the lowest since back in November of last year.

Sporting a nightstand-friendly home to refuel your Apple Watch, elago’s W5 stand arrives with a unique design and soft silicone build that won’t scratch your wearable. Drawing inspiration from a Nintendo Game Boy, the dock is about as novel as you’ll find while still delivering the added functionality of using Nightstand mode.

Amazon now offers the Wemo Mini HomeKit Smart Plug V3 for $18. Also matched directly from Belkin, and those looking to score a 3-pack can drop the price down to $16 each. Normally fetching $25, you’re looking at as much as 35% in savings with today’s offer marking the lowest price of the year and dropping to the second-best to date. The latest Wemo smart plug arrives with its most compact design yet, delivering an offering that won’t hog both outlets on the wall. Form-factor updates aside, there’s still the same reliable integration with Siri, Alexa, and Assistant, that doesn’t depend on a hub and connects right to your Wi-Fi. So whether you’re just looking to integrate a lamp into your smart home setup or are already thinking about how to upgrade the Christmas tree this winter with some voice control, these discounts are worth a look.

Amazon is offering the Logitech BRIO 4K Ultra HD Webcam for $146. With a $200 list price, and normal going rate of around $165 over the past few months, today’s deal comes within $2 of the low that we’ve tracked, marking the second-best discount that we’ve seen all-time. While most laptops and many all-in-one desktops have a built-in webcam, even Apple is still only using 720p sensors in their latest machines. Well, Logitech’s BRIO 4K webcam is the perfect video upgrade to any office setup. Whether you’re a Twitch streamer or just want a better look for your Zoom calls, the BRIO 4K delivers HDR quality to your computer. There’s even a built-in ring light that automatically adjusts its brightness depending on your ambient environment to have a well-lit image.