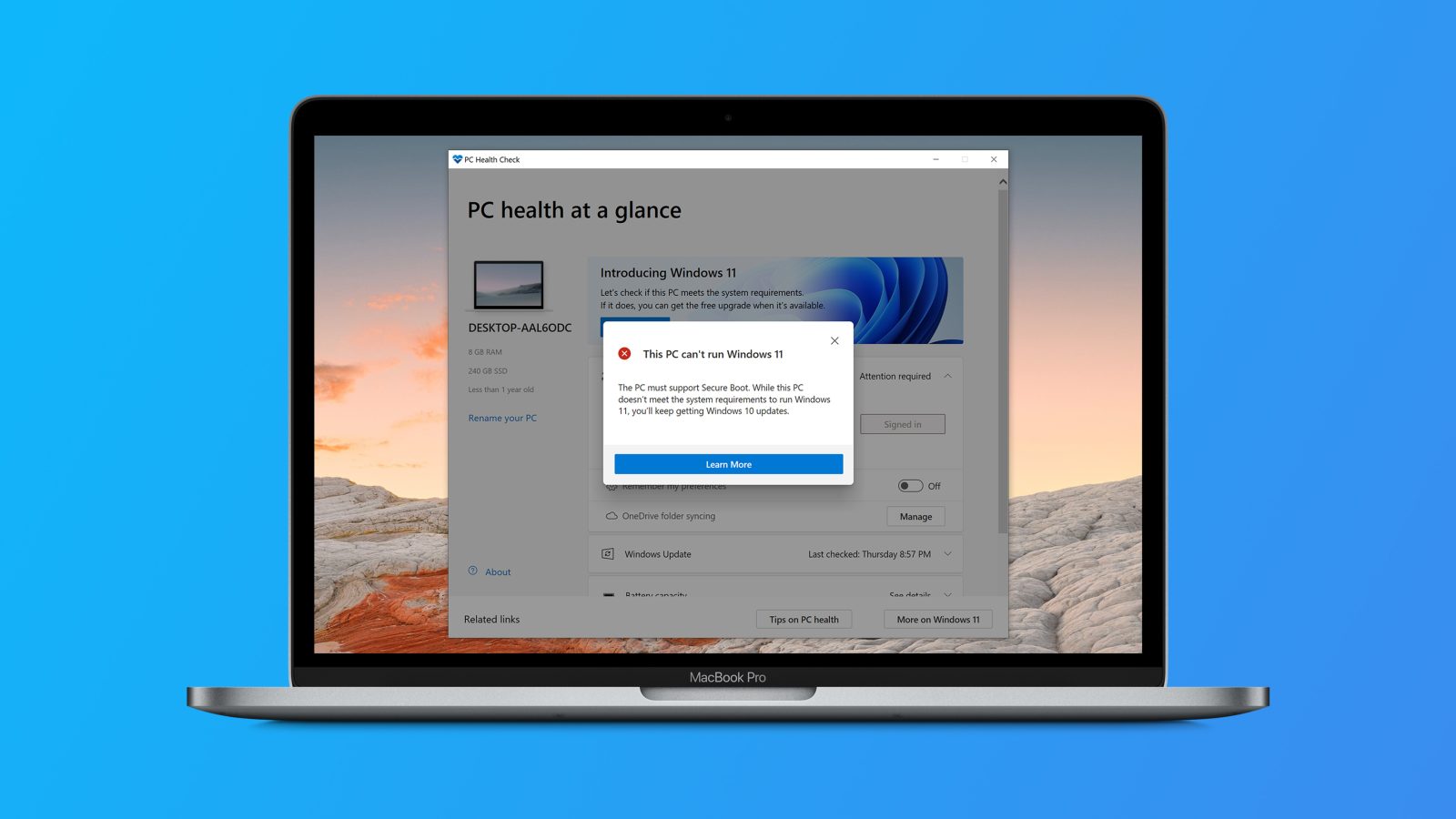 Microsoft announced Windows 11 earlier this year, which has a number of restrictions when it comes to running on some older hardware — or even Macs. However, the company today confirmed some changes in CPU requirements for Windows 11, but Mac support remains uncertain.

As we reported in June, Microsoft has set three main requirements for a PC to run Windows 11. First, it requires a machine with 64-bit 1GHz or faster processor, at least 4GB RAM, and 64GB of storage. The computer also needs a DirectX 12 compatible graphics card and support for TPM 2.0.

The change that Microsoft announced today is related to CPU requirements. At first, the company said that only processors introduced after 2017 could run Windows 11, which seems to have upset multiple users who still have PCs with older but still quite capable processors.

Although Windows 11 will still be released with the same recommendations, it will not require a compatible CPU for the upgrade. This means that anyone can try to install Microsoft’s new operating system on any PC, but it is not guaranteed that it will work.

Unfortunately for Mac users, the situation regarding official support for Windows 11 through Boot Camp remains unclear. This is because Windows 11 also requires Trusted Platform Module (TPM) 2.0, which is a security layer built into the computer’s logic board or firmware. Apple has never offered TPM support on any Mac model, so this could mean that Windows 11 may never officially run on a Mac.

Apple has never offered support for the TPM 2.0 standard on Intel Macs, which makes them all incompatible with the newest version of Windows. If you run the tool released by Microsoft to check if your PC has the hardware required to run Windows 11, you’ll get a message saying that “this PC can’t run Windows 11.”

Users have already figured out how to run Windows 11 on Macs by modifying some system files to bypass TPM 2.0 checks, but this workaround could be taken down by Microsoft. Luckily there are some more safe alternatives like using Parallels, which will soon be updated to support the latest version of Windows.