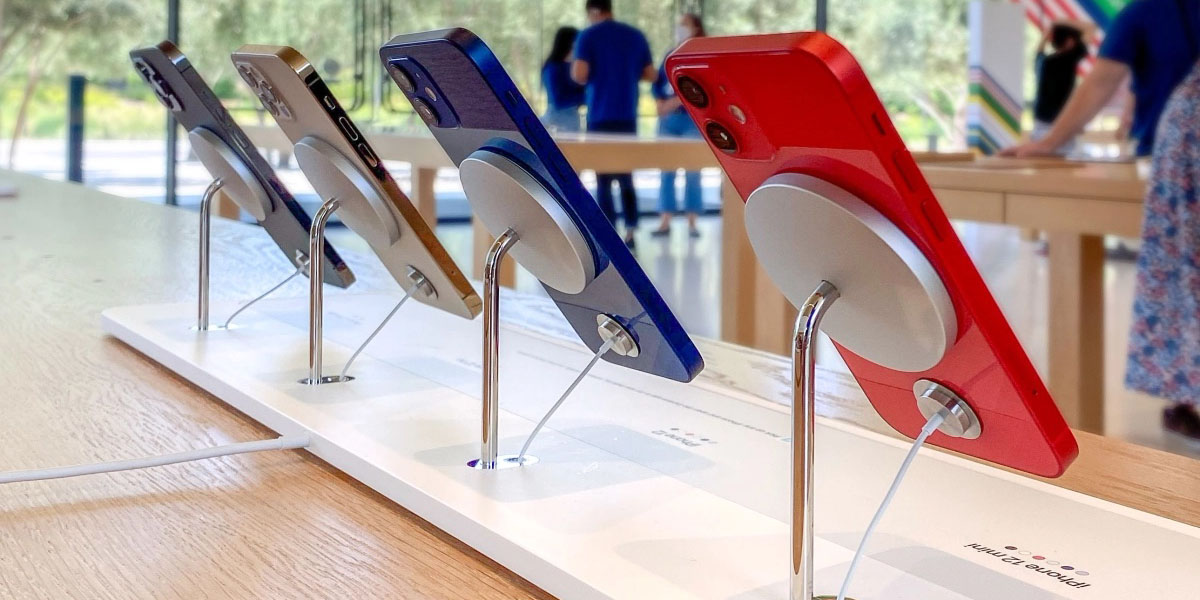 The iPhone market share of the global smartphone market fell to 13.7% in Q2, ahead of the iPhone 13 launch later this month. Q2 is historically the slowest quarter for iPhone sales as customers wait for the new flagship models.

The drop put Apple in 4th place, behind Samsung, Oppo, and Xiaomi …

TrendForce released its production estimates for the second quarter of the year, noting an 11% sequential fall but a 10% year-on-year rise.

The recent surges of COVID-19 cases in India, Vietnam, and other Southeast Asian countries have adversely affected the global smartphone market in terms of production and demand, according to TrendForce’s latest investigations. The global smartphone production for 2Q21 fell by 11% QoQ to a total of 307 million units.

However, a YoY comparison shows an increase of around 10% for the quarter. The global production for 1H21 came to a total of 652 million units, translating to a growth rate of almost 18% compared with 1H20, when the pandemic was in the initial phase.

Samsung’s smartphone production for 2Q21 reached 58.5 million units, which was the highest among all smartphone brands yet represented a 23.5% QoQ decrease. Since India and Vietnam account for the majority of its smartphone production capacity, the severe COVID-19 outbreaks in both countries during 2Q21 had a significant impact on production volume. This year, Samsung will remain as the top smartphone brand by quarterly and annual production. However, it will face increasing difficulty in preserving its steadily shrinking market share in the future. The competition will only intensify as rival brands have become excelled at smartphone design and manufacturing.

Apple is expected to retake the No. 2 slot this quarter, with iPhone 13 sales forecast to see the company boost its share to 15.8%.

Apple’s iPhone production reached its lowest point for the year, and its rank fell to fourth place in 2Q21 because the second quarter is the transition period between last year’s and this year’s iPhone series. The quarterly total iPhone production fell by 22.2% QoQ to around 42 million units.

In the aspect of product development, Apple will be releasing four flagship iPhone models this September. The major upgrades that come with the new series are the improved camera and the next-generation A15 processor that is manufactured with TSMC’s 5nm+ process. Other upgrades relate to the optimization of the existing functions. This year’s iPhone line-up can be regarded as an extension of the iPhone 12 series that was released in 2020.

With regards to pricing, Apple will be maintaining its proactive approach so as to gain more market share. On the other hand, there is the possibility that Apple’s device production during 2H21 will be affected by the recent spike of COVID-19 cases in Malaysia. Due to the severity of the outbreak situation, shipments of ICs from that country have experienced delays.