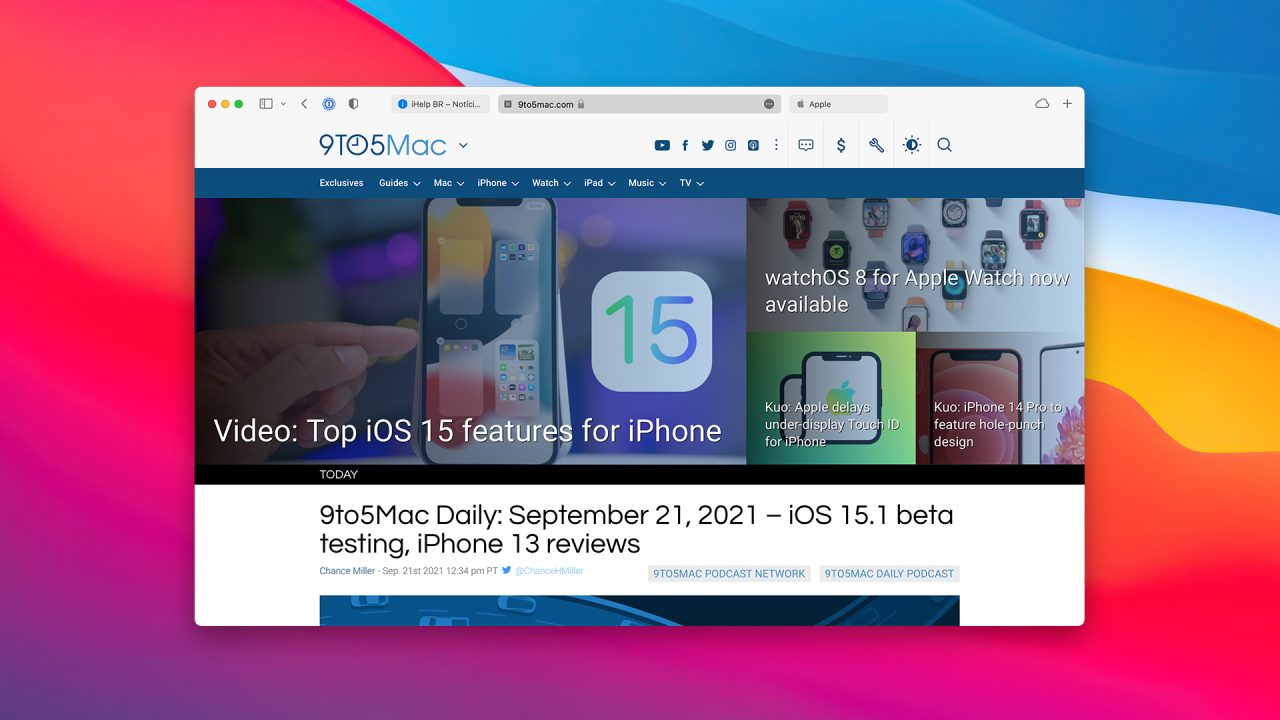 While macOS Monterey will not be released until later this year, Apple has decided to make Safari 15 available to all Mac users running macOS Big Sur and macOS Catalina. The update brings the controversial new tab design, which was criticized by multiple users during the beta period.

Safari 15 introduces a new browsing experience that unifies the address bar with the tab bar. To achieve this, multiple buttons have been hidden from the main interface and tab management has changed significantly, which has upset many users since the first beta release of macOS Monterey was announced in June.

After several complaints, Apple has brought back the old Safari interface, which is now available as an optional layout for users who didn’t like the new unified design. In addition to the new design, Safari 15 also comes with tab groups, synchronized home page settings, and security updates related to the HTTPS protocol.

You can check the full release notes below:

It’s worth noting that some Safari 15 features like built-in translator still require macOS Monterey, so you won’t be able to use them with macOS Big Sur or macOS Catalina.

Users can update to Safari 15 by going to the Software Update menu in the System Preferences app. So far, Apple has not given a word on when macOS Monterey will be available to the public.