PSA: You can revert the Safari redesign in macOS Monterey — here’s how 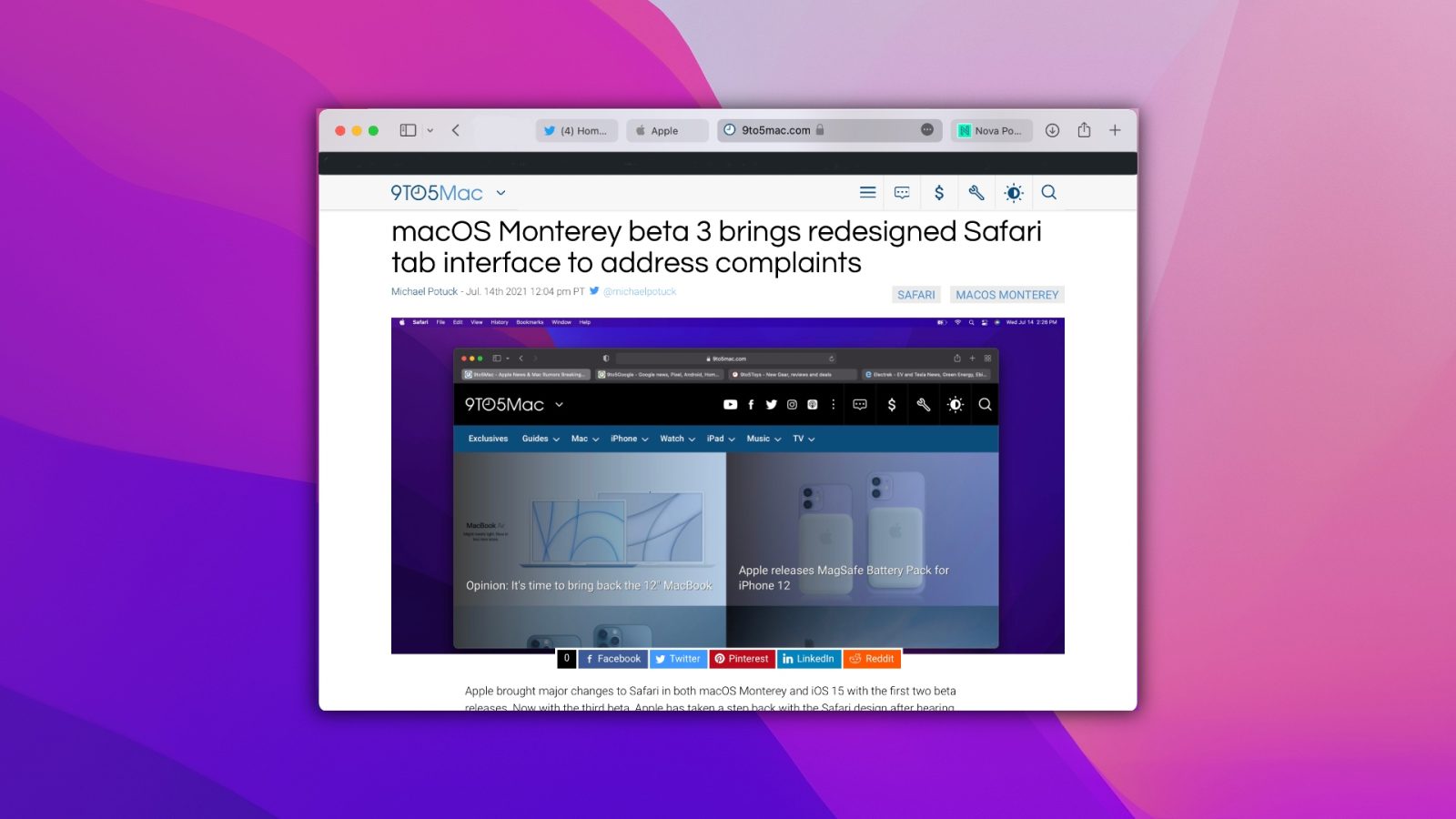 With macOS Monterey, Apple had redesigned the Safari experience with a new tab bar. If you don’t like how it looks, you can change between “Compact” and ‘Separate” designs.

Safari’s controversial new look is sure causing a lot of discussions online. While with iOS 15 beta 3, the changes were more subtle, with macOS Monterey beta 3, Safari does look really different again.

With separated tab bars, the user can see, for example, almost all the headlines of their tabs. While bringing back the Reload button is surely a nice touch from Apple, it’s also possible to switch back the old controversial look, where all the tabs look more combined.

To revert the Safari redesign in macOS Monterey, just follow these simple steps:

Alongside that, after macOS Monterey beta 3, Apple added back the Reload button.

As for now, macOS Monterey beta still doesn’t bring support to the long-awaited feature Universal Control, where the user can seamlessly move the trackpad and keyboard between Macs and iPads. This feature was unveiled during the WWDC21 keynote, but up until now, Apple didn’t implement it on the beta yet.

macOS Monterey also brings several new features, such as AirPlay to Mac, SharePlay and a redesigned FaceTime experience, and a Shortcuts app. You can learn more about Mac’s upcoming operating system here.