iPad (2021) reviews and videos: ‘Pro-level’ video calls and double the storage for the same price 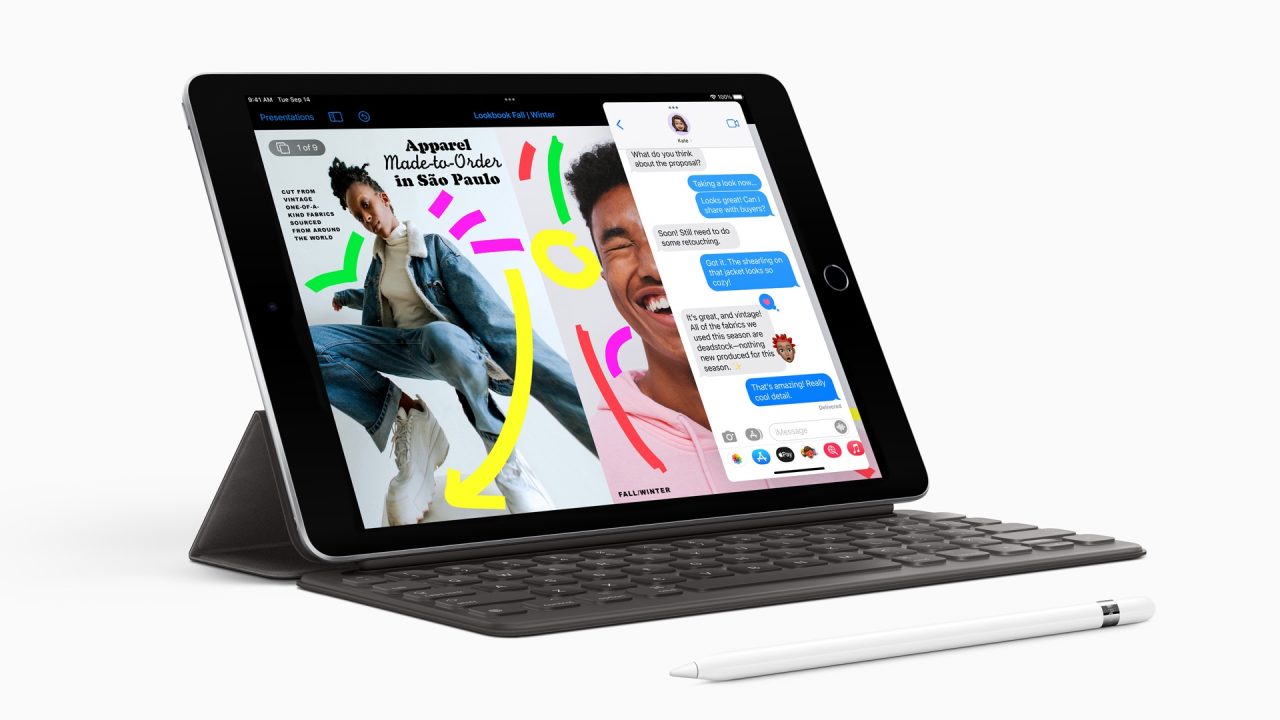 Following reviews of the iPhone 13 and iPhone 13 Pro yesterday, the first reviews of the ninth-generation iPad have now arrived. The new iPad comes with a better processor, TrueTone, revamped front-facing camera, and double storage capacity.

Gizmodo‘s Caitlin McGarry describes the huge improvement on the iPad’s front-facing camera, although she believes Apple should move the lenses to another area:

One of the biggest upgrades on the ninth-gen iPad over last year’s model is the front-facing camera, which has been jacked up from a 1.2-MP lens to a 12-MP one. The difference is huge. Huge! I no longer look like a grainy, 2004-era me when I make video calls on the new iPad, and the Neural Engine-powered Center Stage feature makes it so I can move around while chatting (perfect for calls while cooking) (…) However, I’ve said it before and I’ll say it again: Apple’s insistence on sticking the front-facing lens to the left side of the screen when you’re using the iPad in landscape mode is distressing, and a wider field-of-view that can refocus to keep you in frame does nothing to fix how weird it is.

For CNET’s Scott Sein, performance is more than good enough since Apple brought the A13 Bionic to this tablet:

The added A13 processor upgrade makes it fast enough for most needs and then some. On benchmark tests, it’s about as fast an iPhone 11 (no surprise, since it has the same processor). It’s fine for multitasking, gaming and video and doesn’t seem to lag.

Ars Technica in its mini-review praises the double storage capacity and recommends getting the 128GB version of the new iPad:

The 9th-generation iPad’s biggest improvement bar none is the upgrade from 32GB of storage to 64GB, the first capacity bump ever for a $329 iPad. Whether you intend to use the iPad as a cheap laptop replacement, a large-screened extension of your iPhone, a portable smart TV, or a tablet for your kid, 64GB of storage is livable in a way 32GB just isn’t in 2021. That’s 32GB of additional storage for apps, photos, games, and locally downloaded TV shows and movies to get you through long plane or car trips. I would almost always tell anyone considering the 8th-generation iPad to spring for the $429 version with 128GB storage instead.

FastCompany notes that the 2021 iPad didn’t change much but it’s still an important piece of hardware in Apple’s ecosystem, mostly because of its price:

With its home button/Touch ID sensor on the front (and correspondingly smaller 10.2-inch screen), Lightning port, headphone jack, and compatibility with the original Pencil rather than its easier-to-charge successor, this iPad is now an outlier compared to every other model in the lineup. But that doesn’t mean it’s a dinosaur akin to the old iPod Classic, which stayed on the market long after most people had moved on from MP3 players in their traditional form. Instead, the $329 iPad feels like a healthy acknowledgment of something that Apple rarely makes a priority: That an accessible price and familiar features can be selling points in themselves.