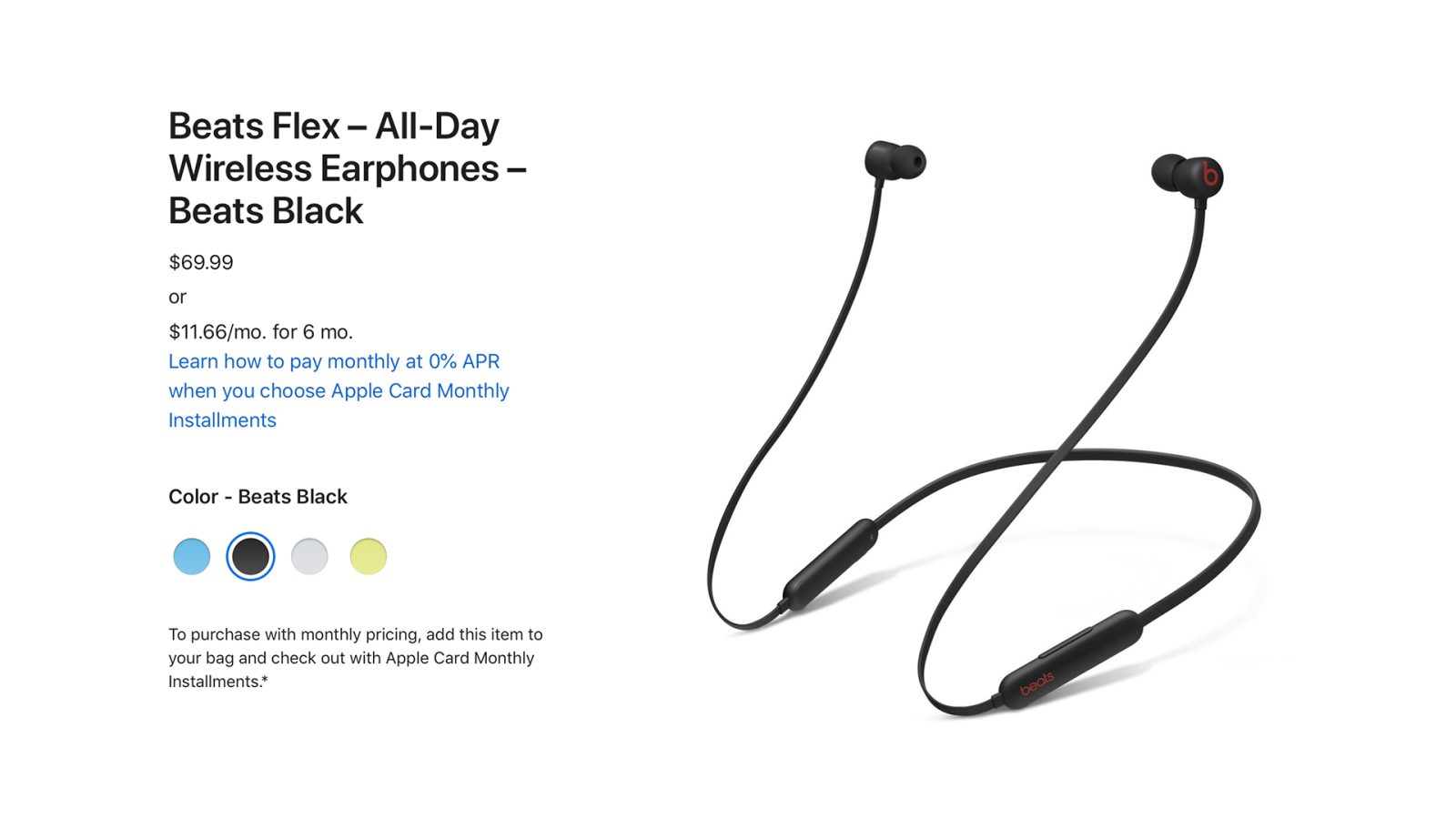 Apple introduced the Beats Flex wireless earphones last year, which came as a better and cheaper replacement to the BeatsX. While the Beats Flex earphones were available for $49 until a few days ago, Apple mysteriously raised the price to $69 this week.

As noted by Apple blogger Pedro Henrique on Monday (via MacMagazine), the Beats Flex purchase page on the Apple Online Store now shows the product priced at $69.99 instead of $49.99. Henrique shared screenshots comparing the price of the Beats Flex earphones on Apple’s US website last week and today.

9to5Mac was able to confirm that the price adjustment was global and not just in the US. For instance, Beats Flex earphones in Canada now cost $89.95 instead of $69.95. In Brazil, the price was readjusted from R$579 to R$899.

It’s currently unclear why Apple increased the price of the Beats Flex earphones by $20 since the product has not been updated. One of the possible reasons for the price adjustment could be related to supply and demand changes.

Back in October last year, 9to5Mac’s Zac Hall described Beats Flex as “perfect for Apple Watch users who want to play music or podcasts directly without an iPhone, and iPhone users can turn to Beats Flex as wireless headphones to replace the Lightning EarPods that were previously included in the box.”

9to5Mac has reached out to Apple for more details on Beats Flex price change, but Apple hasn’t responded by the time this article was published.