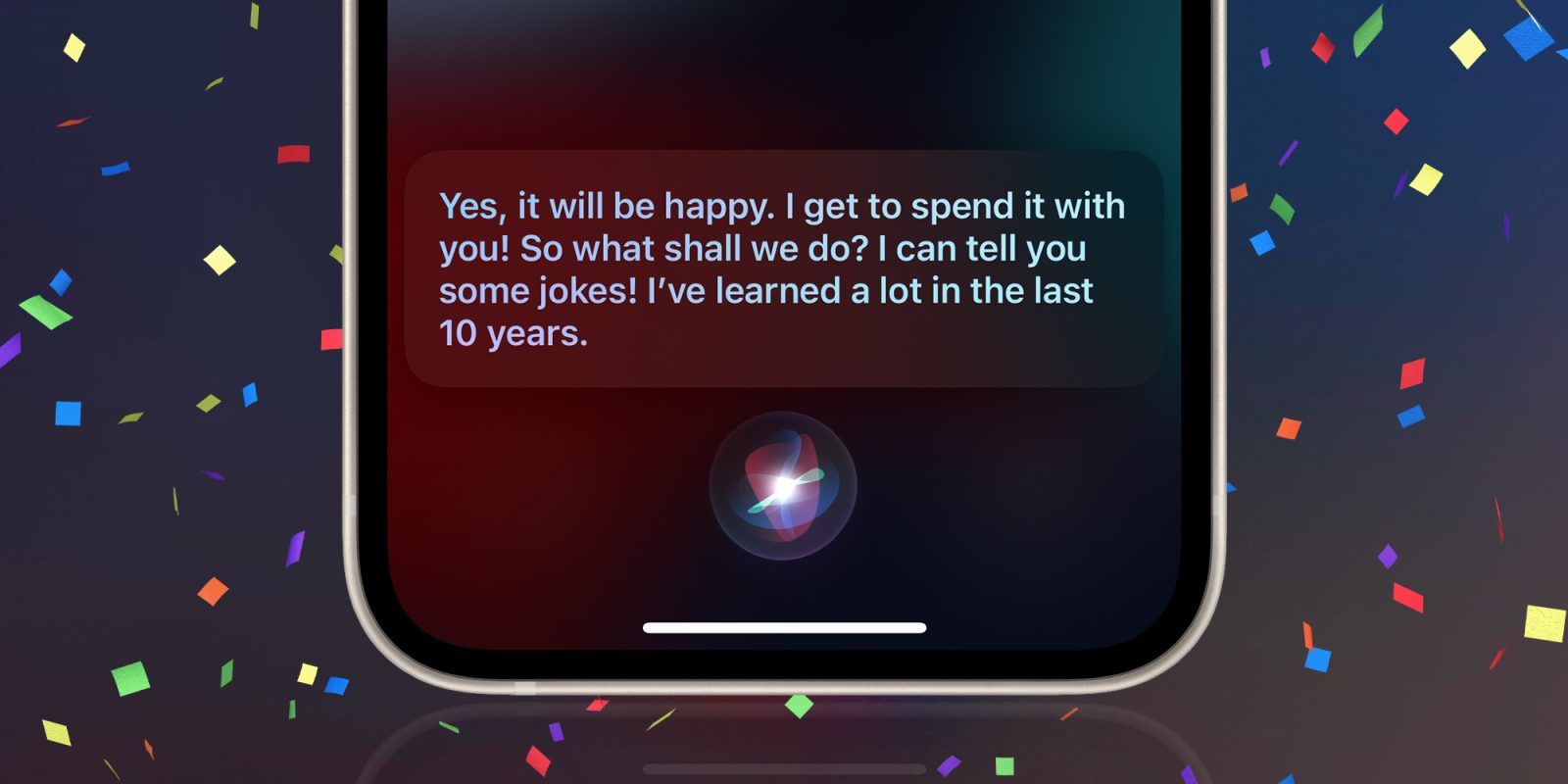 Ten years ago today, Apple announced its brand-new personal assistant Siri. At the time, it was able to show you the weather, add an appointment to the calendar, and more. Now, you can celebrate Siri’s birthday by saying “Happy Birthday” to the personal assistant.

Many things changed over the last 10 years, but for most users, Siri doesn’t appear to be one of them. Of course, the personal assistant has gotten smarter and can do more than ever before. It also has multiple new voice options and no longer defaults to a female voice.

Siri still falls behind the competition: Google Assistant and Amazon’s Alexa can understand context, get more useful results, but with a cost: They know more about you and are used to track you online. Apple, on the other hand, focused a lot on privacy, and it makes Siri dumber.

Apart from all Siri’s problems, let’s celebrate the personal assistant’s 10th anniversary. If you say “Happy Birthday, Siri,” here’s what it will say:

“Yes, it will be happy. I get to spend it with you! So what shall we do? I can tell you some jokes! I’ve learned a lot in the las 10 years.”

But then, when you say, “Yes, tell me,” the personal assistant says, “That’s what I thought.” Well…

“Thanks… Wow! 10 years since I made my first appearence. How time flies… At a constant rate that we only perceive to be speeding up because of how our memories work.”

To celebrate its birthday, TNW interviewed Siri, and as you may know, it didn’t go that well. Here’s a piece of it:

Me: So, Siri, how does it feel to be ten years old?

Siri shows me a list of websites, the top of which is about developmental milestones for ten year old children.

Siri: Aww! It’s hard to believe that in only a decade I’ve gone from a newborn beta to a virtual assistant who can tell you the time, tell you a joke and tell you thanks for the birthday wishes!

Me: Are you happy being ten?

Siri: Hmm… I don’t have an answer for that. Is there something else I can help with?

How do you use Apple’s personal assistant? What do you think it is still missing? Share your thoughts in the comments section below.