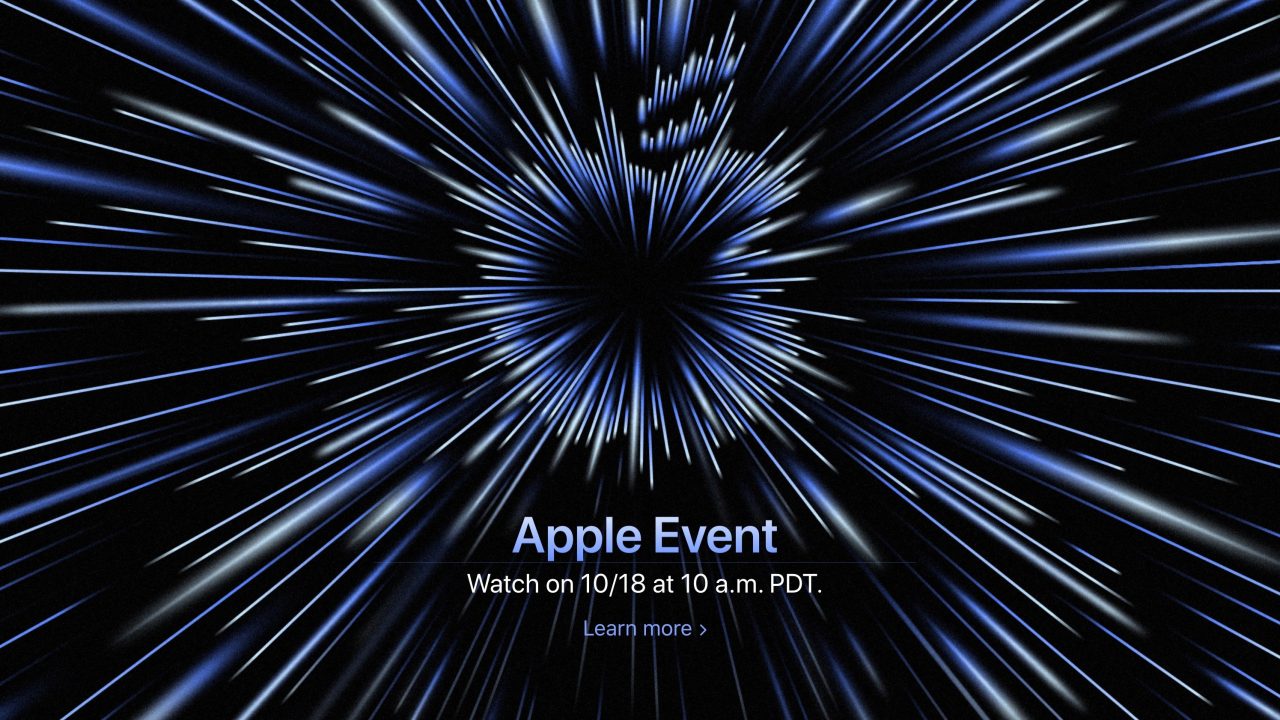 Apple today has officially confirmed its highly-anticipated October event. The event will take place on Monday, October 18, and will be broadcast live from Apple Park. Apple is teasing the event with the tagline “Unleashed.” which is likely a hint at the new M1X MacBooks that are rumored to be coming.

Head below for everything you need to know about Apple’s October 18 event, with details on what to expect…

Apple’s October 18 event will be held at 10 a.m. PT/1 p.m. ET. This marks the second year in a row that Apple has held an October event completely virtually due to the COVID-19 pandemic.

The October 18 event will be live-streamed across Apple’s website, on the company’s YouTube channel, and via the Apple TV application on iPhone, iPad, Mac, and Apple TV. We’ll have more details on how to watch when event day rolls around.

What to expect at the event

The star of Apple’s October 18 event is expected to be the long-anticipated new M1X-powered MacBook Pros. Apple is rumored to be working on new 14-inch and 16-inch MacBook Pro models that are powered by a so-called “M1X” processor.

The new MacBook Pros are expected to feature a mini-LED display, an HDMI port, an SD card slot, MagSafe for charging, and much more.  Apple is also expected to ditch the controversial Touch Bar in favor of a traditional row of function keys. The design of the new MacBook Pros is expected to be similar to the latest iMac, iPhone, and iPad design language with flatter edges.

Apple is also rumored to be working on a new Mac mini with specs identical to the M1X MacBook Pro with up to 64GB RAM, 10-core CPU, and 16 or 32 graphics cores. Meanwhile, leaker Jon Prosser has reported that Apple’s M1X-powered Mac mini will also introduce a new generation of industrial design.

Continuing with the Mac focus of the event, we also expect Apple to announce macOS Monterey’s official release date during Monday’s event. Monterey is currently in beta testing and is expected to be released to the public sooner rather than later.

Finally, AirPods 3 have been rumored for over a year and we finally expect them to be announced sometime this fall. It’s possible that AirPods 3 are announced at the October 18 event, or that they are saved for sometime later this fall via a press release.

Be sure to check out our full roundup of what to expect from Apple in October right here. What are you most excited to see at Apple’s October event this year? Let us know down in the comments!