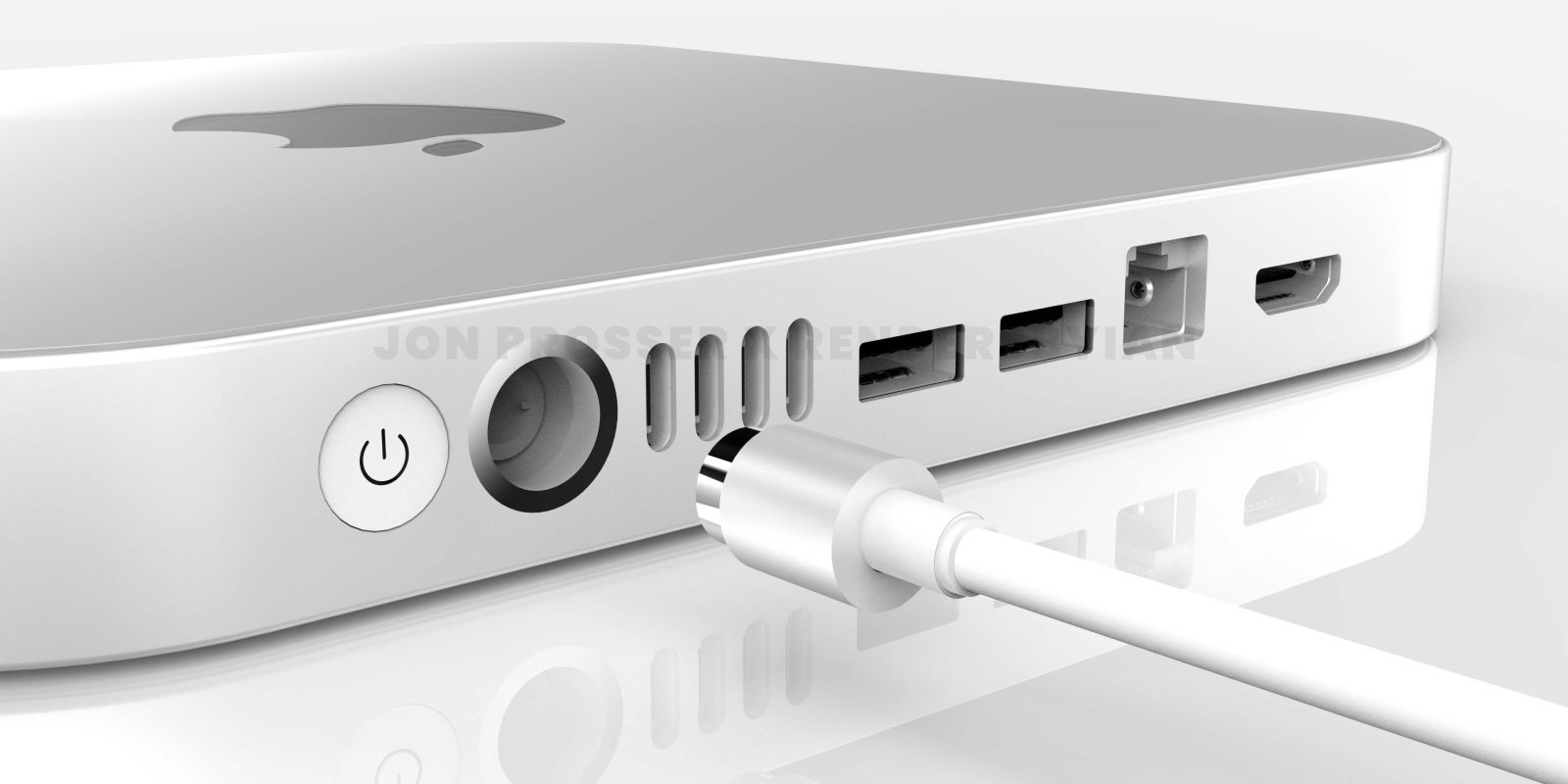 In his latest video, Jon Prosser claims that the upcoming M1X-powered Mac mini will also introduce a new generation of industrial design for Apple’s standalone Mac. This model is expected to replace the higher-end space grey Intel Mac mini in the lineup, with the M1 Mac mini sticking around as the entry-level machine.

According to Prosser, the 2021 Mac mini will feature a new external chassis with a “plexiglass-like” reflective surface on the top, in an otherwise aluminium enclosure …

With the M1 Mac mini, the number of available ports was cut down due to the limitations with the first-generation Apple Silicon design. The M1X chip will enable Apple to offer a full lineup of ports once more, including four USB4 / Thunderbolt 3 ports, two USB-A, Ethernet, and HDMI out.

It will seemingly use the same style of magnetic power connector that Apple debuted in the M1 iMac. Prosser speculates that the glass-like top finish may mean that Apple launches a range of two-tone color options for the Mac mini, akin to the colorful iMac lineup.

A Bloomberg report from last week suggested that the new Mac mini will feature a next-generation Apple Silicon chip with 8 high-performance cores and 2 efficiency cores. It will also support up to 64 GB RAM, and feature more Thunderbolt lanes which supports the expanded IO ports. This chip is also expected to appear in the upcoming 16-inch MacBook Pro refresh.