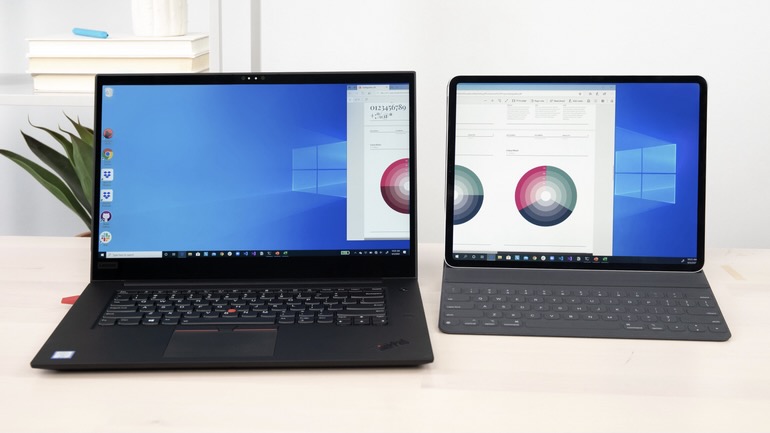 Earlier this year Luna Display added Ethernet and Thunderbolt support to its Target Display Mode for Mac. Now Luna Display is out with another big update that brings Windows support to use your iPad as a secondary display with PCs.

The new iPad functionality with Windows PCs comes with Luna Display 5.0. Astropad detailed the launch in a blog post and press release today.

Use an iPad as a second display for your PC! We completely rearchitected the apps to support both PCs and Macs, and added a new Luna Display HDMI unit.

Along with Windows support, this update also brings significant improvements on the Mac side: Users with M1 Macs will experience a faster setup flow.

Luna Display uses a small USB-C, Mini DisplayPort, or HDMI dongle to allow your iPad or other devices to act as an external display with both Mac and PCs (USB-C or HDMI for PC, and USB-C or MiniDisplayPort for Mac).

For the new Windows PC compatibility to work with iPad, here are the requirements:

In celebration of Luna Display 5.0, Astropad is doing a 20% off deal for Luna through October 15. Normally selling for $129, that brings Luna Display to $104.

And if you already have Luna Display, open the app to automatically be prompted to update to version 5.0.