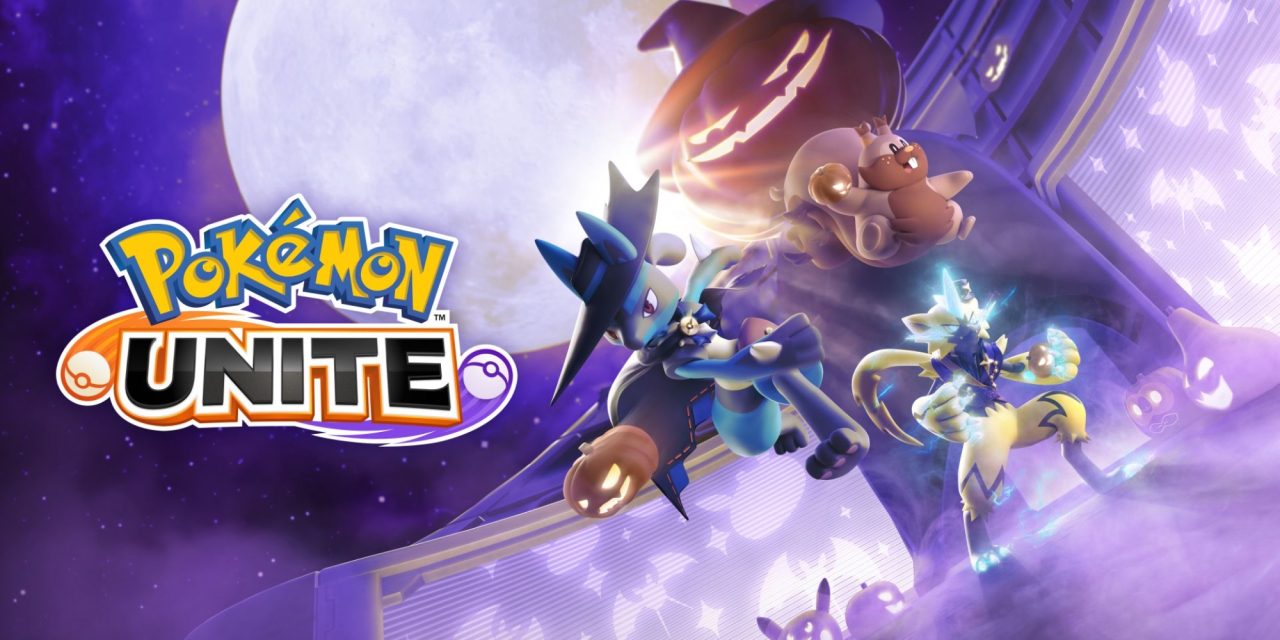 Pokémon UNITE is holding its first Halloween Festival for iOS, Android, and Nintendo Switch users from October 20 to November 10. Here’s everything happening at it.

On Monday, Pokémon UNITE announced on Twitter this special Halloween Festival with a sneak peek trailer and a new character joining the game, Greedent. Now, the developer finally shared everything happening during this event.

For example, when playing a quick battle in Mer Stadium, the battle item button controls a Pumpkin Toss. Tapping the button, you’ll lob a pumpkin that covers the opposing Pokémon for a short time and makes it drop all of its energy points.

To make it even more fun, if you don’t take care during battle, you can also throw a pumpkin at your teammates as well.

While a Pokémon is covered with a pumpkin, it’s unable to score points and it moves by rolling, which increases its speed. Although pumpkined Pokémon can’t use their normal moves, they do have access to a special move called Pumpkin Push. This rolling dash can be used to smack into opposing Pokémon and push them aside, as well as flee from trouble.

Participating in Mer Stadium’s festive battles can also earn trainers collectible pumpkins that can be exchanged for limited-time Halloween items. This festive stadium will last until November 10.

There are also daily log-in bonuses for users to get collectible pumpkins. From October 24 to November 2, trainers will be able to complete daily missions to collect even more of these items. These pumpkins can be used in the Pumpkin Exchange to get items such as Battle Point boost cards, a Greedent Unite license, a Halloween background, a Halloween hat, and more.

Starting today, Greedent, the berry-consuming Pokémon introduced with the eight-generation, is available as a playable character in Pokémon UNITE.

Greedent is a Melee Defender, and it’s ready to unleash its unorthodox attacks against your opponents in battle. This Pokémon begins each match as Skwovet, which will evolve into Greedent at Lv. 5. An essential feature of Greedent’s gameplay and attacks is that it stashes Berries in its tail, later utilizing these Berries to help power attacks and restore HP. Each of Greedent’s moves involves consuming, dropping, or stashing Berries.

To learn everything Greedent can do in Pokémon UNITE, click here.

Pokémon UNITE is available to iOS, Android, and Nintendo Switch users. The game is free to play and you can spend in-game currency to get skins, battle passes, and more.

What do you think about this Halloween Festival? Are you participating? Tell us in the comment section below.