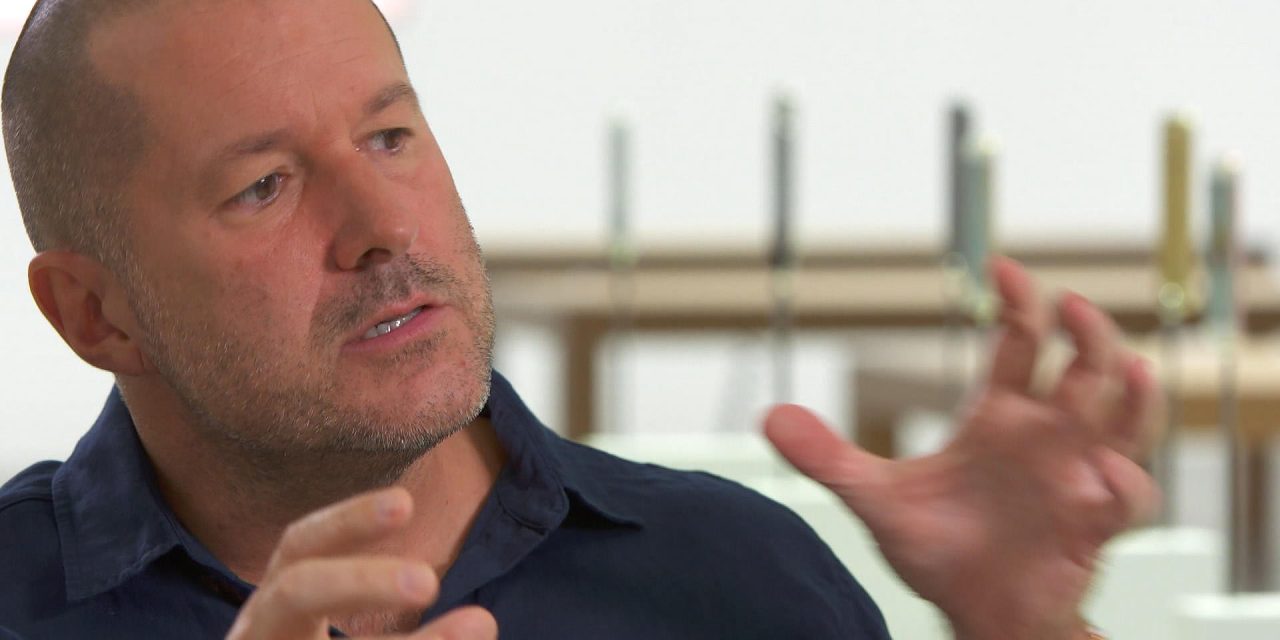 It says that without Steve Jobs’s moderating influence, Ive went too far in prioritizing form over function, and that this has since been corrected …

Jony Ive initially stepped back from product design leadership in 2015 to focus on the Apple Park campus, before returning to his original role two years later. He subsequently left the company in 2019. Apple claims that he still works with the company today in a consulting capacity.

Bloomberg‘s Alex Webb says that the pendulum is swinging back from cool to practical.

The Apple of today would not exist without Ive. He was the creative leviathan behind the look of the iMac, iPod, iPad and, most significantly, the iPhone. Apple’s design-led approach to product development was considered pioneering. But there was often a tension between form and function: whether a device’s appearance took precedence over its ease of use.

There was a sense that, without the moderating influence of the late Steve Jobs, perhaps Ive started to prioritize aesthetics a little too much. Since he stepped down as chief designer at the end of 2019, Apple seems to have reemphasized function. From the iPhone to Apple TV to the Macbook, gone are the days of “The user be damned, we think this looks cool.”

He argues that the new MacBook Pro is evidence of this.

Monday’s unveiling of a new Macbook Pro lineup of laptops provides evidence of the shift. Headline features released five years ago under Ive’s aegis have been scrapped. Gone is the so-called “butterfly” keyboard, which rendered the device thinner but whose clunky mechanics made typing more difficult; farewell too to the Touch Bar, a touch sensitive strip display along the top of the keyboard which could show functions for the web browser one moment and mixing tools for music apps the next, but was almost impossible to use without looking; back are HDMI ports, which let you plug the computer into high-definition displays without using an adapter.

Such arguments are always tricky, as Apple designs products years ahead of their launch, so it’s difficult to say who would have been leading any particular design. It’s even more difficult where Ive is concerned, given the fluctuating nature of his role.

When Apple announced Ive’s departure in 2019, I argued that he really checked out four years earlier.

Ive had already stepped back from direct responsibility for hardware and software design back in 2015. The official line at the time was that it was a promotion, but it was clear to everyone that this was Ive taking a less hands-on role.

My suspicion is that Ive wanted to leave then, but Apple was able to hold onto him by letting him go play with his new toy – Apple Park – while handing off his other responsibilities.

I’m very much of the view that Jony Ive leaving Apple really happened back in 2015. I think the idea of the designer freelancing for Apple is PR spin, just as his promotion was the first time around.

9to5Mac readers weren’t concerned at the time, with more than two-thirds of you taking the view that either nothing would change or it would be somewhat good for Apple. Let us know in the comments what you think now.