Apple Card now offering 6% Daily Cash back on purchases from Apple [U: Error] 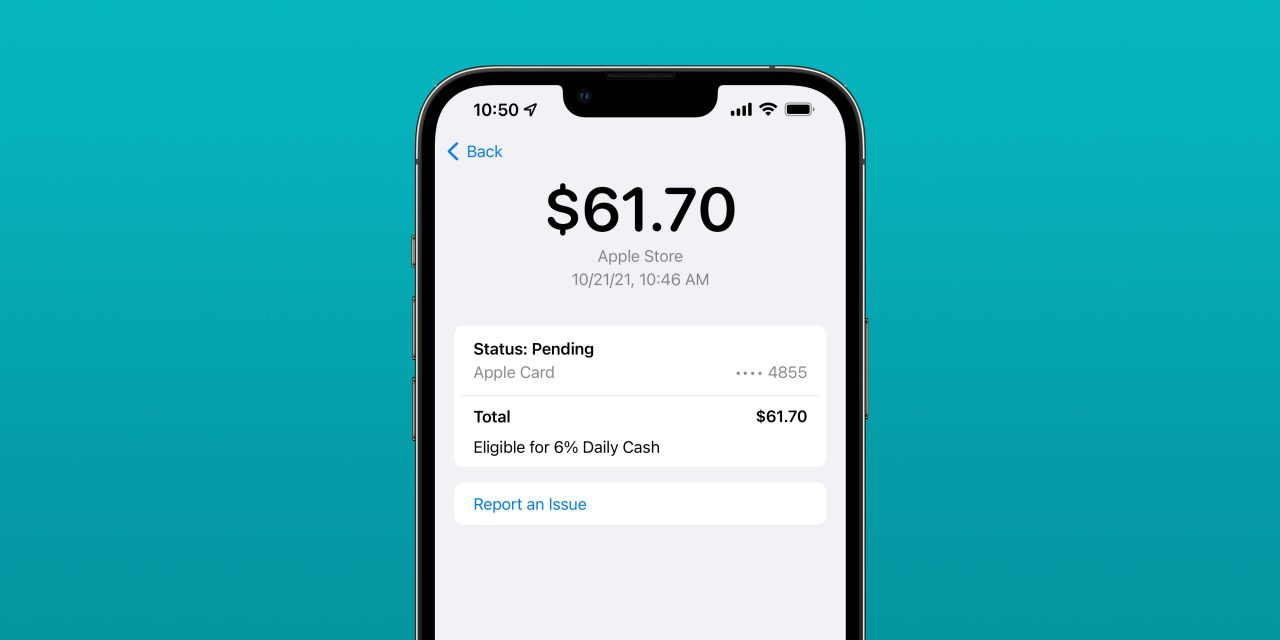 Update October 22, 2021: This appears to have been an error on Apple’s end. New purchases are no longer showing 6% Daily Cash. The company has not yet responded to 9to5Mac’s request for clarification.

Apple appears to be rolling out an upgraded Daily Cash back offer for Apple Card users. As first spotted by Tailosive Tech on Twitter and confirmed by 9to5Mac, Apple is now offering 6% Daily Cash back on purchases made from the Apple Online Store.

Notably, many people are seeing this 6% Daily Cash promotion be applied in time for their new MacBook Pro orders. Getting 6% back on those purchases is certainly a nice bonus given the high price of the new machines.

We have not been able to confirm whether the promo applies to App Store purchases, but the 2019 promo notably excluded that category as well as purchases of Apple services like iCloud storage or Apple Music.

Apple Card Daily Cash is issued at the end of every day, and appears directly via your Apple Cash card in the Wallet app on your iPhone. You can then transfer that money to your bank, apply it to your Apple Card balance, spend it using Apple Pay, or use it to fund Apple Cash transactions with friends and family.

We’ve reached out to Apple for comment and will update if we hear back. Have you noticed 6% Daily Cash on any recent Apple Card purchases? Let us know down in the comments!