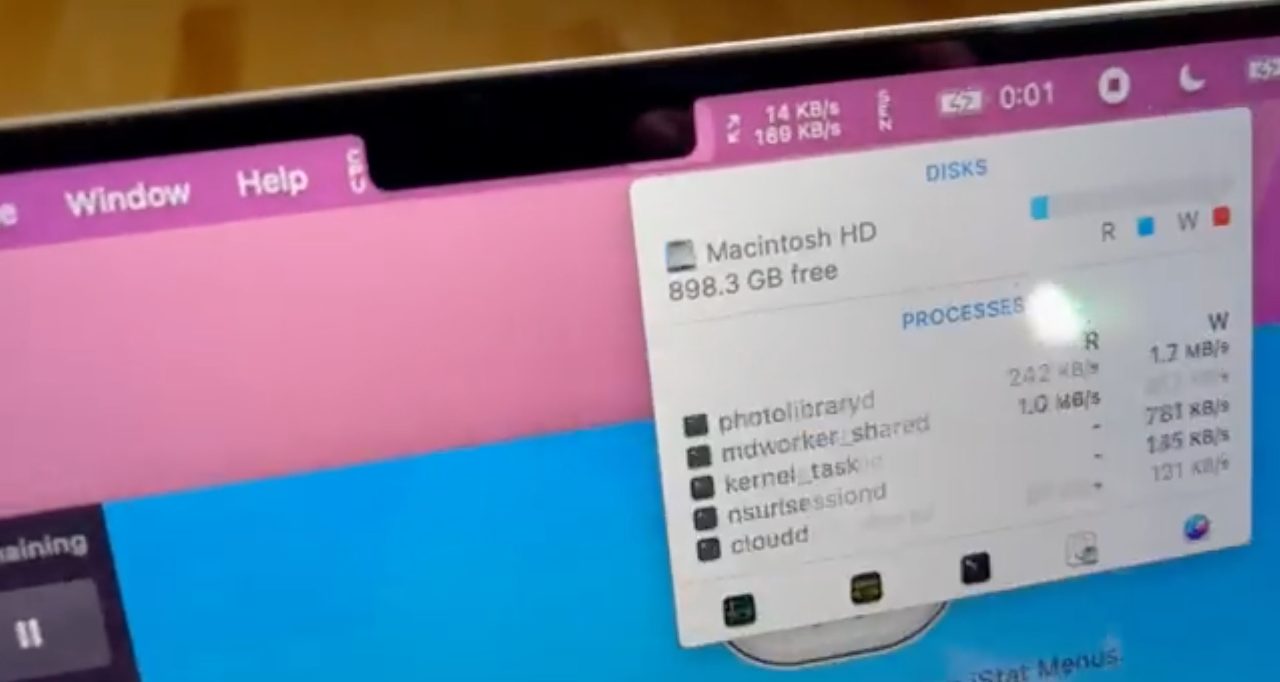 A video has been posted illustrating a MacBook Pro notch problem in which status bar items can end up hidden beneath the notch.

A separate video shows how extended menu bar items wrap around the notch, which also reveals an inconsistency in the way macOS handles the mouse pointer …

Snazzy Labs owner Quinn Nelson tweeted a couple of videos. The first, entitled ‘Who designed this?!’ illustrates that what happens in an app with enough menubar items to go past the notch. macOS handles this well, simply positioning the remaining menus to the right of the notch. However, there is an inconsistency.

However, if the Finder is in focus, then the behavior is different. The pointer can be lost/hidden inside the notch. Neither is wrong, it’s just not great UI to have this kind of inconsistency.

Nelson also complains that apps with a lot of menus steal space from the status bar icons, but that is normal behavior that happens with or without the notch. The worst accusation you can make in this regard is that it will happen more often, given the space taken by the notch.

One reply suggests that Apple is doing this to prevent older apps from inadvertently using that space.

The second video does, however, reveal an actual bug. When you extend status bar items, then they can end up fully or partially hidden behind the notch.

He illustrates this with iStat, whose developer confirmed that they are not doing anything unusual with their app.

We are just using standard NSStatusItems, as most apps would be for their menu bar status items.

This obviously doesn’t rise to the level of a ‘-gate,’ and will be an easy fix, but it is rather embarrassing that Apple failed to spot the problem in testing.