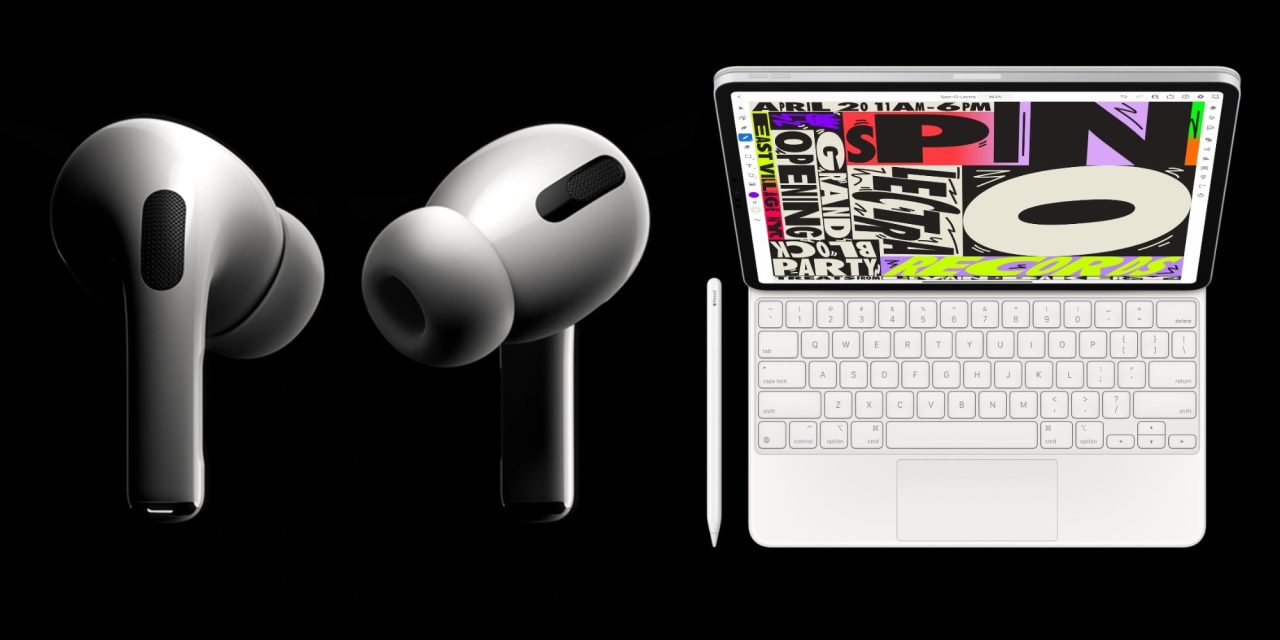 A new week is now under way, and with it a slew of early Black Friday discounts have now gone live. Headlined by the refreshed AirPods Pro with MagSafe Charging Case at $190, you’re also looking at $149 off the 11-inch M1 iPad Pro. Not to mention a series of Apple discounts in this early Best Buy Black Friday sale. Hit the jump for all that and more in the latest 9to5Toys Lunch Break.

After being announced last month, Amazon is now discounting the all-new Apple AirPods Pro with MagSafe charging case for one of the first times. Dropping to $190, you’re looking at $59 in savings from the usual $249 price tag alongside a new all-time low.

Amazon is currently discounting Apple’s latest 11-inch M1 iPad Pro starting at $700 for the Wi-Fi 128GB model. That’s $99 off what you’d usually pay, $49 under our previous mention, and a match of the all-time low last set on Prime Day. There’s also several other configurations on sale, which take up to $149 off the going rates and marks a return to the best prices yet.

Centered around the M1 chip, Apple’s latest iPad Pro delivers an 11-inch Liquid Retina display alongside Thunderbolt connectivity. That’s alongside Wi-Fi 6, Face ID, and all-day battery life, alongside staples in the iPadOS lineup like Apple Pencil support and more. Ideal for everything from media consumption to digital artistry and other work, the compact iPad Pro delivers plenty of power in a portable package.

After seeing a collection of deals go live at Amazon this morning, Best Buy is following suit by launching its own early Black Friday sale. With the added perk of its price guarantee, you’re looking at the best prices of the year so far across the lot, as well as the added assurance that you’ll be covered if even deeper discounts pop up later in the month.

Ranging from HomePod mini bundles to smart home gear and iPhone cases, you can check out all of the highlights from the sale right here.

Amazon is now offering the all-new Roku Streaming Stick 4K 2021 for $30. Having just launched at the end of September with a $50 price tag, you’re now looking at 20% in savings alongside only the second notable discount. This also arrives at an Amazon all-time low, too.

Serving as the latest from Roku, its new updated Streaming Stick 4K arrives with improved performance that’s 30% faster than its predecessor with longer range Wi-Fi coverage. You’re also looking at the most affordable streamer yet from the brand with Dolby Vision HDR, which rounds out the package with AirPlay 2, HomeKit, and a bundled Voice Remote. Dive into our launch coverage.

Sony’s popular XM4 ANC headphones are on sale for $248

Amazon is now rolling out an up to 56% off Sony headphone and earbuds sale with some of the brand’s latest releases starting at $78. Shipping is free across the board. Our headliner is the Sony WH-1000XM4 ANC Bluetooth Headphones for $248 in several styles. Having only dropped this low once before, you’re looking at $100 in savings from its usual $348 price tag alongside the best offer to date.

Sony’s latest pair of headphones deliver improved active noise cancellation alongside up to 30-hours of playback on a single charge. On top of a new Bluetooth audio chip that can pair with two devices simultaneously, there’s also USB-C charging and built-in access to Alexa. You can also get a closer look in our launch coverage.