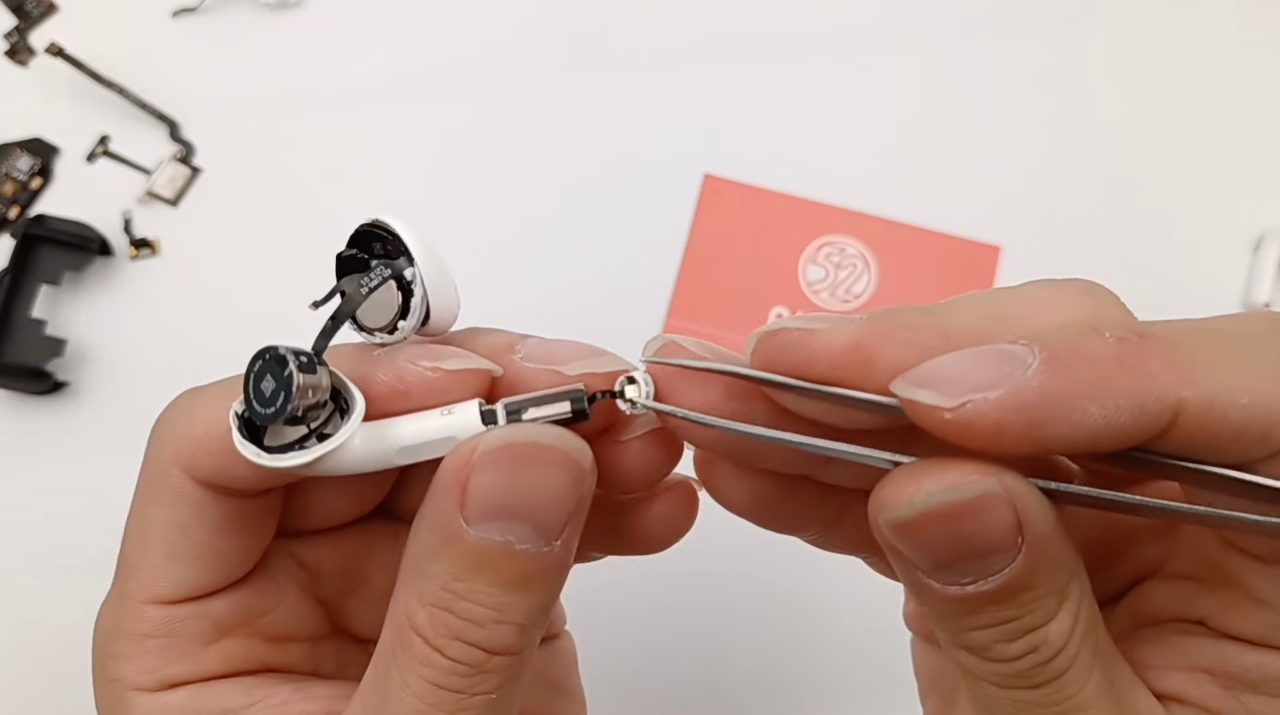 Following the announcement last month, AirPods 3 are finally among us. The new generation of Apple’s truly wireless earphones comes with a new design inspired by AirPods Pro and features such as Spatial Audio and Adaptive EQ. However, while the external design looks almost the same, they are quite different on the inside, as shown in a new teardown by 52audio.

The YouTube channel specializing in headphones, 52audio took apart the third-generation AirPods to show us what’s inside. As expected, disassembling AirPods 3 is not exactly easy since most parts are glued together, which means that it’s almost impossible to fix them.

Looking at the new AirPods 3 charging case, we can notice a new set of magnets that is used to attach the case to the MagSafe charger, something no other AirPods have. The case also has a graphite thermal pad to prevent issues caused by heating, in addition to the Lightning port, logic board, and a 345mAh battery.

Interestingly, while the AirPods Pro charging case has two separate small internal batteries, the AirPods 3 case only has one large battery.

As for the AirPods 3 themselves, each earpiece has a new skin detection sensor that is smart enough not to be fooled by other surfaces — which is a first for the AirPods family. All components are connected via an FPC cable with a small battery between the speaker and the microphone. The internal battery of the AirPods 3 has a capacity of 0.133Wh.

You can watch the 52audio video below with full details about the internal components of the AirPods 3:

AirPods 3 cost $179 in the US, but you can find better deals at other stores like Amazon.