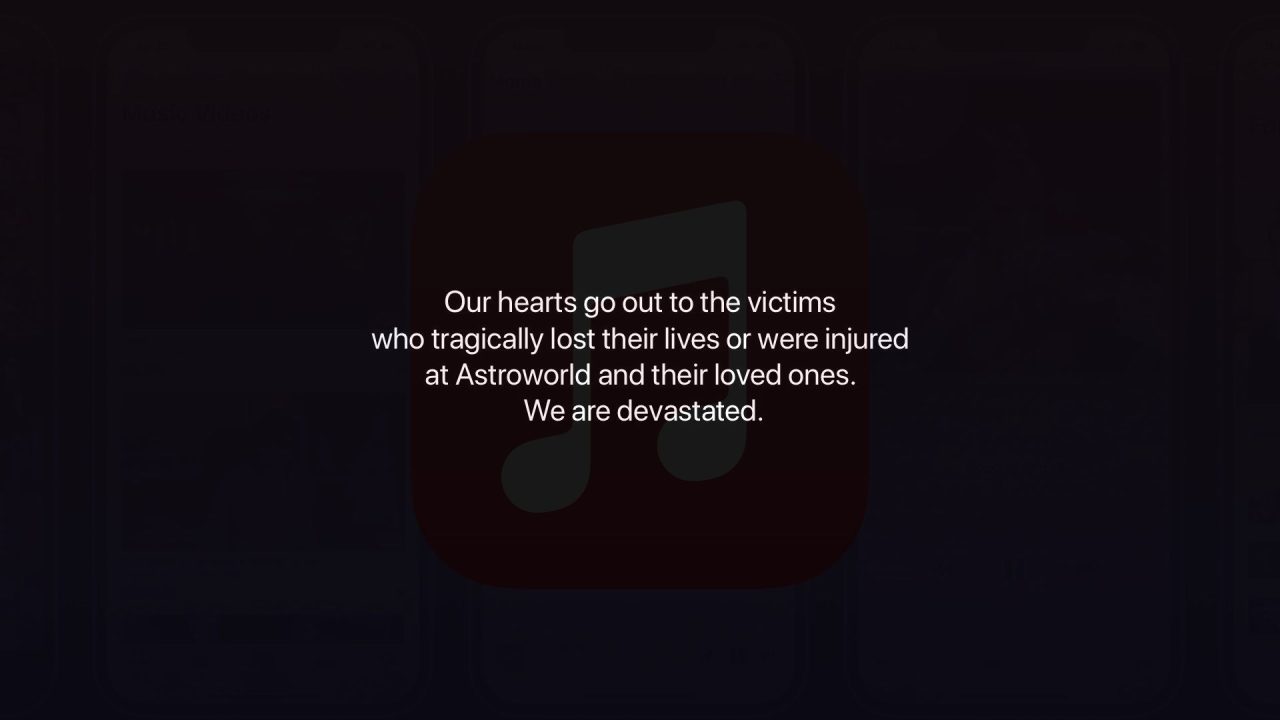 On Friday night, at least eight people died and hundreds more injured due to crowd crush at a Travis Scott festival in Texas. Apple Music was an official partner of the Astroworld event and was live-streaming the show.

In a statement shared on social media, Apple said “Our hearts go out to the victims who tragically lost their lives or were injured at Astroworld and their loved ones. We are devastated.”.

Various clips from Apple Music’s live stream are currently going viral as they appear to show mobile ambulances making their way through the crowd. Apple is being criticized for not ending the stream, or otherwise intervening, sooner. Apple Music has since deleted all references to the event from its feeds.

In respect of those who been injured or lost their lives, please refer to reputable news reports for updates on the ongoing investigations.