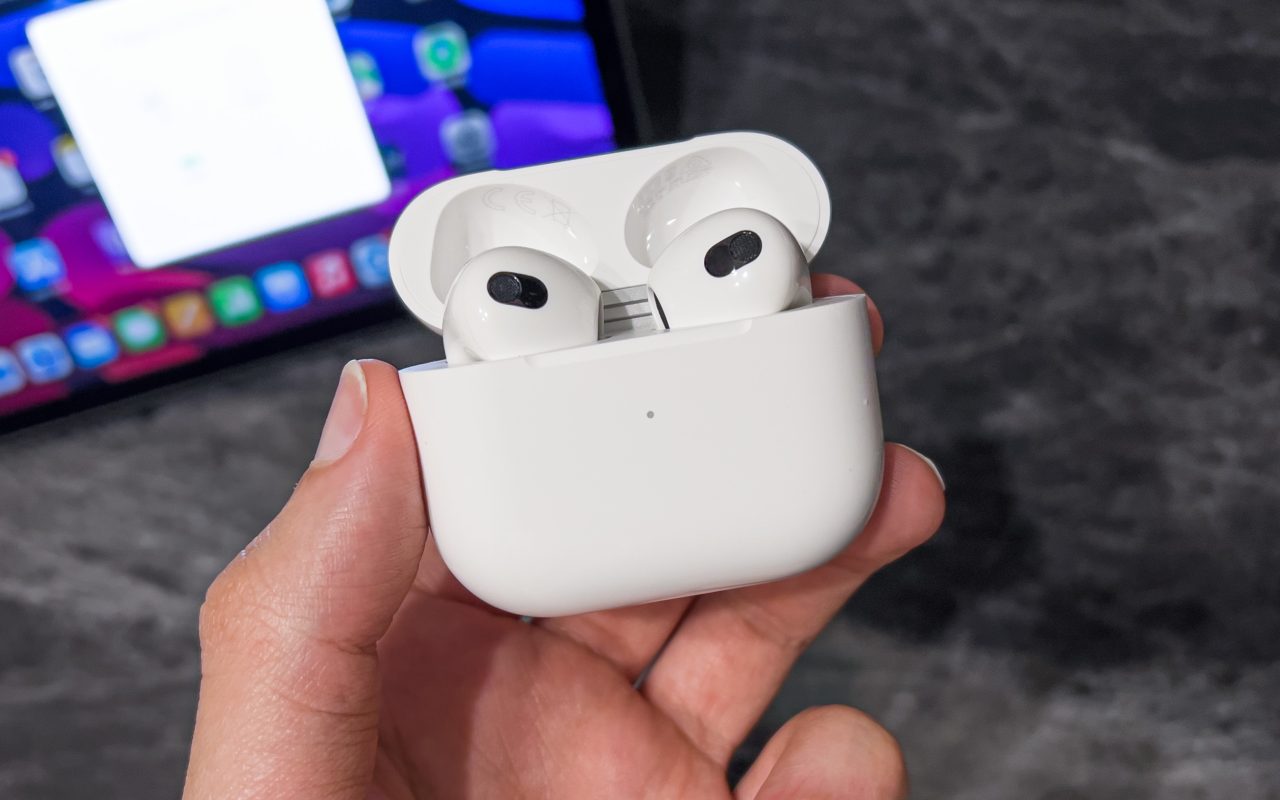 Since Apple introduced the first AirPods, the company’s wireless earphones lineup has expanded with AirPods Pro and then AirPods Max, but the entry-level model never received a significant update until recently. With AirPods 3, Apple has finally brought much-needed features for those people who don’t like in-ear earbuds — and I’ve been enjoying mine quite a bit.

I’m personally not a fan of the AirPods Pro or any other in-ear headphones. I feel that they don’t fit well in my ears, and the silicone tips also bother me. I was still using AirPods 2 for this reason, since I didn’t want to buy earbuds that I don’t like just because they were the only ones to have features like Spatial Audio.

Now, I’ve finally upgraded to AirPods 3. They were recently announced by Apple with a similar design to the AirPods Pro but kept the classic earbuds format instead of in-ear. While they may not sound as good as the AirPods Pro for some people, the third-generation AirPods brought pretty much everything I was missing when using AirPods 2.

Despite the jokes about the design of the original AirPods, I’ve never had any problems with them. To me, AirPods have always looked like wireless EarPods. But now, the new AirPods are similar to the high-end AirPods Pro with a more compact shape and shorter stems.

The revamped design is not something I needed, but it’s definitely a nice thing to have. Now the AirPods feel more discreet when they are in my ears, and I often tend to forget that I’m wearing them.

One thing to keep in mind is that while Apple tries to provide a universal fit with AirPods, they may not work for some people. I still think the AirPods 2 have a better fit and are a little more comfortable to wear, but I haven’t had problems with them slipping out of my ears as I have with AirPods Pro.

While the original AirPods’ controls were based on an accelerometer capable of detecting taps on its surface, AirPods 3 uses the same advanced force controls as AirPods Pro. Each stem of the AirPods features a force sensor that detects when you press it.

Besides being more precise, the new controls system has another huge advantage. With AirPods 2 I had to assign a single action to a double-tap on each side of the earphones, but now I can press once to play/pause, press twice to skip songs, or even press and hold to use Siri.

I first experienced Spatial Audio with AirPods Max, and it has since become one of my favorite features for watching movies and TV shows. The 360° surround experience, based on sensors that detect your head movement to route the sound, makes everything sound more interesting, and I missed this when using AirPods 2.

Just like AirPods Pro and AirPods Max, the third-generation AirPods feature Spatial Audio and full Dolby Atmos support. This is useful not only for watching videos with Dolby Audio, but also for enjoying Dolby Atmos songs on Apple Music.

The way Spatial Audio works here is basically the same as with the other AirPods: you just put in your earphones, play a song or video with Dolby support, and then the audio will follow your head movements. I must say that the experience with Spatial Audio in regular earbuds is sometimes more interesting than with my AirPods Max.

Undeniably the AirPods Max have higher quality sound, but listening to Spatial Audio content with AirPods 3 somehow feels more natural. They aren’t as heavy and are much less noticeable when wearing them than AirPods Max. It’s definitely one of the biggest selling points of the AirPods 3.

While the original AirPods deliver up to five hours of playback on a single charge, AirPods Pro has an even shorter battery life with up to 4.5 hours of playback with Spatial Audio and noise cancellation enabled.

For the third-generation AirPods, Apple has finally improved the battery of its wireless earphones, which now reach up to 5 hours of playback with Spatial Audio on and up to 6 hours with Spatial Audio off. I haven’t had much time to test the battery life of the new AirPods in-depth, but I have already noticed that they indeed last longer than the previous generation.

As a bonus, the AirPods 3 charging case is fully compatible with MagSafe, so it attaches to the charger magnetically. This prevents the AirPods battery from not being recharged because they were misplaced on the MagSafe charger.

Last but not least, AirPods 3 have a considerably better sound than AirPods 2. As I said, you shouldn’t be expecting something like the AirPods Pro, but they deliver a more full sound with more noticeable bass — which is a win for entry-level AirPods users.

Unfortunately, you won’t find active noise cancellation in the AirPods 3, since they aren’t in-ear headphones (and this is totally expected because of their design). I think most people who buy the entry-level AirPods know about their limitations or even prefer to use them while riding a bike or walking down the street instead of relying on Transparency Mode.

AirPods 3 don’t exactly come as a cheaper replacement for AirPods Pro, as they’re products for different people. But now with Spatial Audio, better sound, a new design, and a bigger battery, more people should be happy with the entry-level model that costs $179, so they don’t need to buy the $249 AirPods Pro.

Don’t forget to look for special AirPods deals on Amazon.