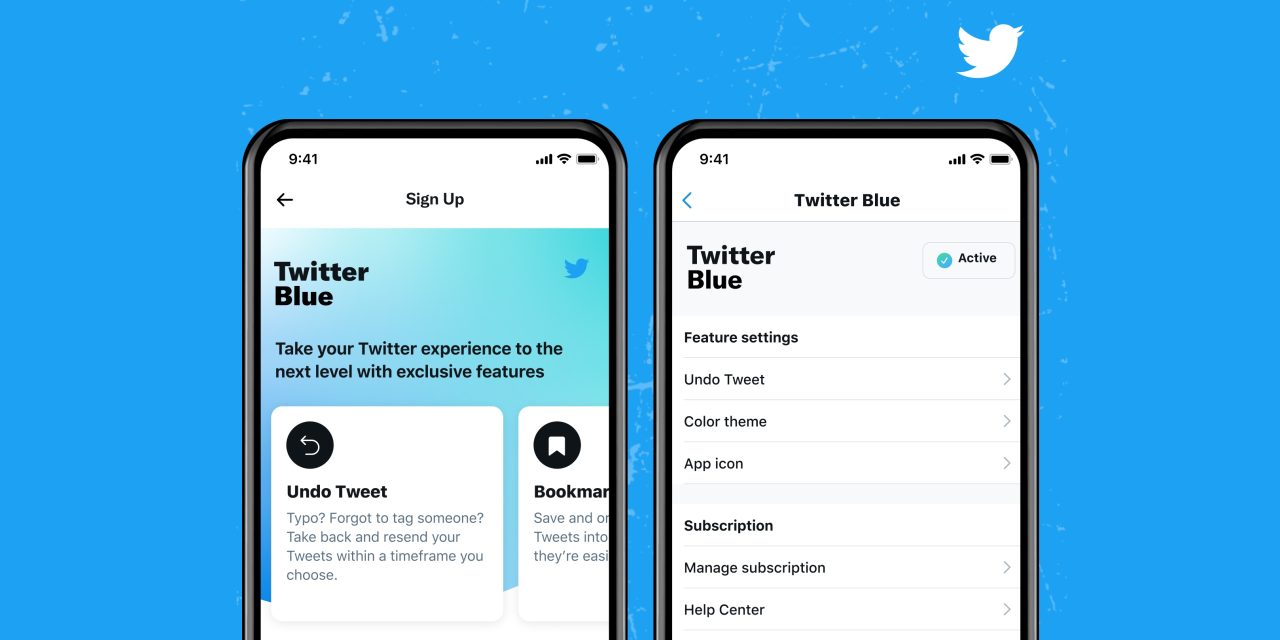 Update: After this story’s been published, Twitter announced Twitter Blue is now available in the US and New Zealand.

It’s been five months since Twitter launched Twitter Blue for Canada and Australia. Now, the subscription feature is finally available in the US, according to a lot of platform users.

For $2.99, Twitter Blue subscribers can unlock additional functionality including the ability to undo a just-sent tweet (not quite the edit button that everyone wants), and access to new theming and bookmarking features.

The headline feature here is Undo Send, although it doesn’t really work like the long-requested edit button. Instead, users set a timeout up to 30 seconds. When the user composes a tweet, it won’t appear in the timeline until the timeout expires. While the timer ticks down, you can press a button to cancel the send altogether.

As of now, the company hasn’t made a public announcement about the subscription arriving in the US, but many users, including 9to5Mac‘s Parker Ortolani, were able to subscribe to the service.

Recently, developer Nima Owji shared all the features available for iOS, Android, and web users that are subscribed to Twitter Blue. Here it is:

US users can subscribe to Twitter Blue using the iOS app and opening the menu section. It’s unclear if this feature is rolling out to more countries or when.