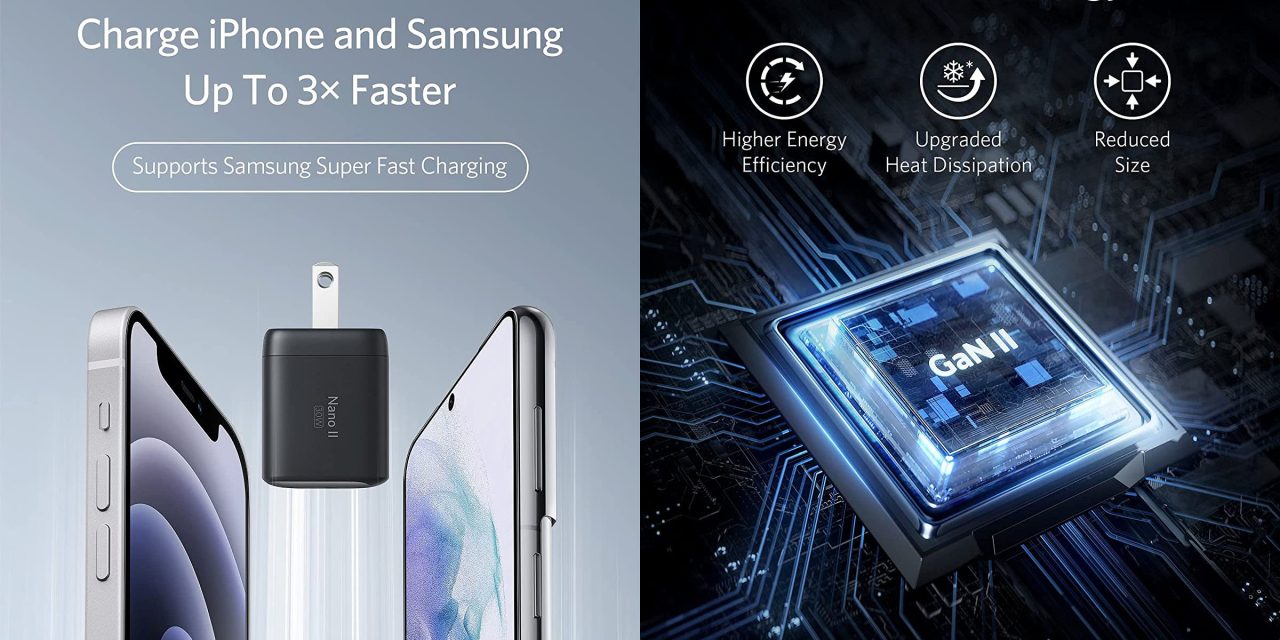 The CEO of third-party charger and accessory company Anker has said that phone charging times will fall to as little as 20 minutes thanks to new-generation Gallium nitride (GaN) chargers, which are already being adopted by Apple. The time cited is for a full charge from empty to full.

Yang is interviewed by The Verge‘s Nilay Patel. The interview focuses mostly on the company itself, but there are some Apple-related elements.

He was asked whether Apple no longer including chargers had boosted Anker’s sales.

Yes — [we sell] a lot more, because this is a new category. Previously, a lot of users didn’t buy a charger by itself. Per our survey, about 50 percent of those users still just go back to using their old chargers, because they have saved some over the years. But more and more people are starting to shop for individual chargers.

He did, though, accept Apple’s claim that environmental concerns drove the decision, rather than the cost saving, with only half of iPhone buyers going on to buy a new charger (from anyone).

He said that the trend toward higher-wattage chargers and phone fast-charging capabilities would continue, thanks to GaN technology.

We sold a lot of GaN chargers already in the past few years, and we launched the second generation — we call them GaN2 — earlier this year. GaN2 chargers can now do 65 watts in a very small cubic space as well. We’re actually about to launch GaN3 next year, which will bring the charger size even smaller and increase the power rating as well. As you probably can see, devices are becoming more power-hungry and charging at a higher speed. Ten years ago, chargers were 5-watt. Then it was 10, and Apple has put it up to 20. The other Android brands brought it up to 40-60 watts. I think talking about wattage is not a customer-friendly approach. Instead, we talk about charging time.

Asked about Apple’s MFi program, for certification of third-party chargers and cables, Yang said he was happy with this – though he did think a universal standard would be better.

We certainly see where that is coming from and why Apple needs that. If you look at the market, there are just a whole lot of non-MFI cables out there that are just really harmful to your device. The non-MFI cables that you can get — five Lightning cables for $5 or even less — those cables actually do fry your phones, so I can see, with that sort of authentication chip in the MFI module, that at least the customers could be informed if what they’re buying is an authentic Apple cable or not.